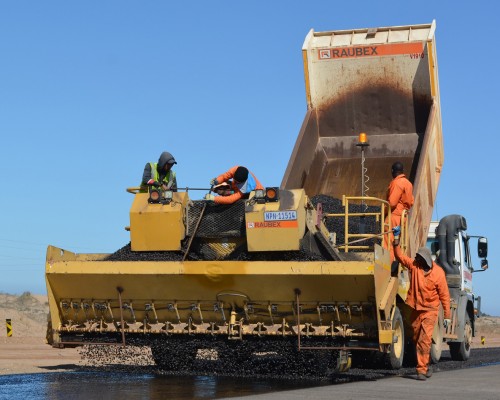 Raubex is banking on tender activity and the contribution from construction doubling in a year's time to boost its business further. Image: Supplied

The decision by JSE-listed road construction and rehabilitation-focused company Raubex to reposition itself into a fully-fledged construction group is starting to pay dividends.

Raubex CEO Rudolf Fourie said on Monday the improvement in the group’s financial performance in the six months to August came from its infrastructure business.

“On the construction side, especially road construction, we had very little work. On the infrastructure side we specialise basically in solar, where we picked up quite a strong order book for solar, housing and building.

“In the housing and building space we made a lot of progress in these six months, because a lot of new clients have approached us who traditionally we wouldn’t have worked for – especially private clients – because of a lack of listed companies that are available with balance sheets.

“We saw a big improvement there and we believe we can get future growth there as well,” he said.

This is a reference to the dire financial position of many listed construction companies, which has been partly caused by the lack of major infrastructure projects.

and Few signs of building and construction sector crisis abating

Basil Read, Group Five and Esor, among others, are in business rescue, while Aveng has been undergoing a significant restructuring after experiencing financial difficulties.

Fourie said Raubex’s infrastructure business contributed about R3 billion to its total turnover of R4.39 billion in the six months to August and about R80 million to the group’s total operating profit of R216.2 million.

“It’s quite a substantial portion, but we believe we can grow the turnover of the infrastructure business to R5 billion, with over R100 million in operating profit.”

The strong growth achieved by the infrastructure division in the first half of the year, compared with the previous corresponding period, was attributed largely to work related to its participation in South Africa’s Renewable Energy Independent Power Producer Procurement Programme (Reipppp), where a number of contracts are in progress.

The infrastructure division grew revenue by 21.4% to R1.28 billion in the six months to August from R1.06 billion in the previous corresponding period, while operating profit increased 187.8% to R77.3 million from R26.9 million.

The division has a secured order book of R3.07 billion compared with R2.86 billion in the prior period, of which R502 million relates to Reipppp projects and R419 million to Westforce Construction in Western Australia.

Raubex acquired 70% of Westforce Construction Group for A$6.5 million in March 2018 as part of its strategy to look for growth in more developed international markets.

Fourie said Raubex did not have any clear intention of attempting to get its three divisions to contribute equally to the group, adding that they will be driven by what is happening in the market.

He said there is nothing going on at the moment in the construction market, although there’s a lot of tender activity and the contribution from construction could double in a year’s time.

“The idea is that when road construction is down, infrastructure will carry the group like now and hopefully roads will pick up in the next few years if all this work gets awarded.”

Fourie added that for the first time in two years “there is light at the end of the tunnel” in the construction market.

“We have had absolutely nothing, but now there is R17 billion worth of work out to tender in the market.

In the six months to August, Raubex reported:

The group’s secured order book has increased 8% to R9.08 billion, with contracts outside of South Africa in the rest of Africa and Western Australia accounting for 12.5% of the

Fourie said the opportunities which have now come to the market for tender are encouraging and the group will look to participate in these opportunities from both a construction and materials supply perspective.

He said the time taken between tender submission and award will determine when conditions are likely to improve for the South African construction sector, which is anticipated to be in the 2021 financial year.

Shares in Raubex closed unchanged at R19.74 on Monday.

I wonder to what extent the lack of listed companies in the market will affect pricing on large projects going forward. Not much competition.

Although many of these companies might make a comeback after being “Transformed” through business rescue, one would have to be careful not to assume that it is the same company.

There are many “politically connected” accountants and investment bankers around trying to run construction companies. Wont not work but corruption could keep them going. It seems companies tend to cater to higher-income families, individuals or entities. 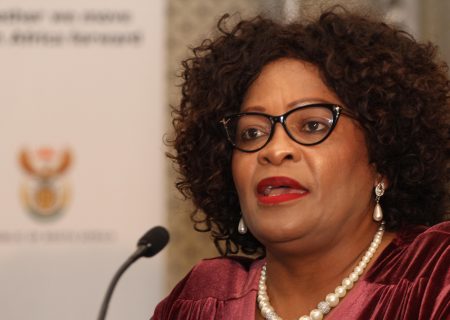