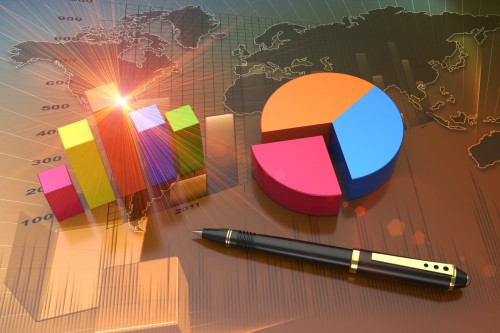 Nice piece of the pie … the CEO of the food group was in line to receive R37.2m from the proposed transaction. Image: Shutterstock

The minority shareholders of RCL Foods have voted against a proposal to spend R149 million buying back shares from its top executives, leaving it to controlling shareholder Remgro to fund the repurchase and bail out the executives.

Following an earlier backlash from shareholders who were angry about the proposal, Remgro, which holds 71% of RCL, undertook not to vote at the meeting.

At Tuesday’s meeting just over 55% of the minority shareholders voted against the special resolution and 54% against the ordinary resolution needed to implement the buyback.

At the end of the brief meeting Jannie Durand, who is chair of RCL and CEO of Remgro, said Remgro would step in and buy back the shares to ensure that management would be able to settle the tax liability resulting from the recent transfer of shares to the executives.

“Clearly we don’t want the management team to be faced with this tax liability when they have to manage a company in difficult times,” said Durand at the meeting, which was held virtually.

Chris Logan of Opportune Investments, who had been an outspoken critic of the planned buyback, welcomed the shareholders’ decision. He also commended Remgro for not voting its shares and for undertaking to tighten up its remuneration practices.

“The outcome of the meeting wasn’t inevitable, even after Remgro undertook not to vote,” Logan told Moneyweb, adding that Remgro “was ahead of the pack when it came to considering the alignment of executive remuneration with shareholder value”.

Peter Mageza, chair of the RCL remuneration committee, told the meeting that PwC had been commissioned to review the company’s long-term and short-term incentives “with the current experience in mind”. He said the details of the new scheme would be published ahead of the next AGM.

“We’re trying to move close to best practice under the guidance of PwC, hopefully there will be an alignment to shareholder value,” said Mageza.

All Weather Capital chief investment officer Shane Watkins previously described the plan to spend R149 million repurchasing the shares, which had been issued to the executives at no cost, as “outrageous”.

Miles Dally, CEO of the food group since 2006, was in line to receive R37.2 million from the proposed transaction in exchange for 3.6 million shares he had recently received as part of the company’s long-term incentive scheme.

Over the past 10 years the RCL share price has dropped from R17 to below R10 as return on equity and operating profit slumped. In financial 2019 earnings plunged 61%.

RCL Foods share price over the past five years

Durand said the decision to repurchase the shares had been prompted by RCL’s extremely limited free float, low trading volumes and lack of tradeability. The transfer of the shares to the executives had triggered tax obligations.

“Given the lack of liquidity in the market there’s limited opportunity for individuals to sell these shares to meet tax and other obligations,” said Durand.

Shareholder activist Theo Botha criticised Durand for not clarifying why the performance conditions attached to the awarding of the shares had never been disclosed.

Durand had told the meeting that details of the incentive schemes had not been disclosed publicly because of “strategic reasons and market issues and the possibility of corporate actions”. In addition, he said in 2016 when the scheme was initiated Pioneer and Tiger Brands were looking for executives and RCL believed it was better to keep the details confidential to ensure they could retain their executives.

Read: Some corporates aren’t letting the crisis go to waste

Botha told Moneyweb after the meeting that shareholders didn’t need to know corporate secrets but did need to know what the key performance indicators were.

He also expressed concern that the remuneration committee was using PwC, which is RCL’s external auditor, to review the long and short-term incentive system. “How objective can they be?” asked Botha.

And you ask, what is moral hazard?

Just one of the many reasons why shares should never be part of any remuneration package and why the financial system is broken.

I actually agree with the settling of the executives tax obligations….but only to ensure there is a smooth road out the door as they are booted out. That return and decline of value over that period would indicate a major shake up required, not sure why they would want to retain this bunch.

Man, you read something like this and you wonder about the captains of industry. Do they really not see that the huge amounts being brandied about is completely removed from the reality of 98% of this world? Do they really not understand that inequality is a big thing, made worse by this behaviour? Do they really not see these abominations as intrinsically wrong? Or is it just humanity’s capacity for callous self interest playing out? No wonder our ANC masters have perfected the art of having your snout in the trough – they learned from the best.

‘’The Banker must at all times conduct himself so as to justify the confidence of his clients in him’’
J.P. Morgan, Jr

I have always regarded Jannie Du Rand, CEO of Remgro (since my Corporate Treasury days and meetings I had) – as one of the smartest brains around in the business.
Remgro’s trading principles always seemed to be to pursue their interests based on the greatest degree of freedom as they see fit, provided that their interests can be reconciled with those of others.
He is obviously very aware of the rights of the minority shareholders, in terms of section 252 of the Companies Act, 61 of 1973, and seems willing and able to make decisions and a mechanism to correcting liable wrong ones.
I think ‘’The Striped Bank’’ – is busy finding out that in their case, the quandary has no resolution!

The issue now seemed to be shareholders vs executive . and as I notice the market isn’t performing or trading . Why executive not including shareholders in strategic – internal / external affairs of company.?