Rebosis: Bucking the trend in a remarkable way

The property group has managed to grow its retail shareholder base by nearly ten times in a relatively short period of time.
By Marc Ashton 10 Oct 2016  00:01 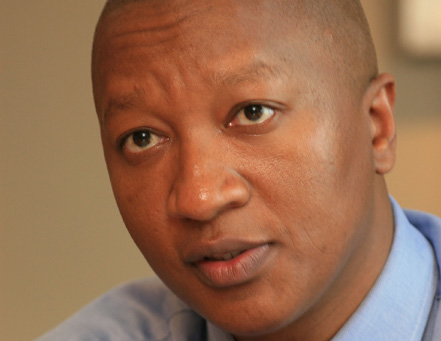 ‘Land’ is arguably one of the most emotive issues in South Africa today. Even if one only focuses on the past 50 or so years, it is quite clear that white South Africans with access to land – and the associated gearing plus above inflation increases – enjoy a significant benefit over their black counterparts.

For this reason, I have always been intrigued to watch the development of JSE-listed property group Rebosis, which was the first black-owned property group to list on the bourse on May 17 2011. While out-and-out land ownership is likely to remain out of reach for the majority of the South African population for the time being, property ownership isn’t and while doing some research, I came across a really interesting statistic relating to Rebosis.
For those who are familiar with shares listed on the JSE, the majority are owned by investment and pension funds, as well as well as major asset management groups. Unlike Australia and the US, we have a very low percentage of our population who are direct owners in listed businesses with the majority preferring to invest through unit trusts and retirement annuities – and, with the huge rise in popularity for exchange-traded funds (EG. Satrix), this situation will continue.
The ‘problem’ with this is that it means that we don’t enjoy an ownership culture and we battle to transfer wealth through multiple generations (simplistically because people cash in their retirement money for consumption purposes).
When one looks into the annual reports of listed companies, you can identify how many shareholders hold what percentage of shares in the company. In other words you can identify the ‘small’/retail shareholders who have made an active decision to invest in the company.
In the case of Rebosis:
In a relatively short space of time, Rebosis has managed to grow its retail shareholder base by nearly ten times.
The reason this transfer and creation of wealth is particularly important is very well captured in this article from Anna Orthofer entitled: ‘South Africa needs to fix its dangerously wide wealth gap‘ where the author asserts:
“But wealth is also of particular concern for long-term inequality. This is because wealth can generate its own income (such as interest, dividends, rents, and capital gains), and can be passed on between generations. Over time, small differences in assets can therefore grow larger and larger. As Thomas Piketty argues in his influential book on wealth and inequality (Capital in the 21st Century), this tendency has been one of the biggest drivers of growing inequality in both advanced and developing countries.”
For me, this is one of the reasons that I find the Rebosis story interesting. CEO Sisa Ngebulana has been held up as a fabulous success story in a sector which is particularly emotive in South Africa’s history and as a business, it has regularly been held up as example of wealth creation through the JSE to investors who have historically not directly participated through equity.
While many might turn around and argue that 1 403 retail investors under 1 000 shares and 1 145 is not a particularly significant milestone – despite the rapid acquisition – the wealth transition is particularly interesting:
If you take the 205 717 shares divided by 1 403 shareholders, you get an average holding of 146 shares each which, at the current market price, is a portfolio of R1 686 – certainly nothing to write home about. However if you move from the 1 001 shares to 10 000 shares category, then this jumps to 3 640 shares with an average market value of R41 865 and you are picking up an average dividend of R2 511 per year.
Rebosis is building some very real wealth among entry levels investors and it deserves kudos for its efforts at getting new investors into the market.

A forensic on many of the government lease buildings with Rebosis may prove to be telling ito its less that clean start.

If it’s corruption you imply then approach the relevant authorities. In case you have no trust in the legal system, then just say exactly what you know they did wrong.

Otherwise, it’ll be fair to say these are just aspersions.

no need to get your knickers in a knot. tenderpreneurship is rife with bbeee business and potential investors want clarity not excuses and evasion.
regards the legal system we all know what a joke that is if you are one of the inner-cabal.
does PIC and related govt. institutions have a stake in Rebosis?

@geranium, I am NOT upset. My post was logical, I think, and was hoping for same, at least from the author of the post I was responding to.

Despite the feelings/innuendos that the word “tender” my elicit in South Africa; it still stands that the word “Tender” simply refers to the process whereby governments and financial institutions invite bids for projects/work.

[does PIC and related govt. institutions have a stake in Rebosis?] What’s the point of this statement.

The Billion deal will show where the wealth really goes – not the small shareholders. I’d speculate that at least half the retailers in the Baywest mall must be running at losses.

@Africa Pragmatist, regardless of the article’s veracity, you ought to form (from the article) a logical argument that shows wrong (in a legal sense) doing.

The point here is:
1. It’s government fault, not the landlord’s, if they pay for rent that they should not be paying.
2. Who the landlord is, is irrelevant.
3. Nothing wrong with Sisa Ngebulana doing business UNLESS there are facts to prove such business is illegal.
4. Anyone, I opine, is within their rights to deny political funding if they so choose. There’s no law, to my mind, that contradicts this point.

Marc – merely an observation regarding retail shareholders, I have been an investor in the JSE since 1968 and always without exception my shares are registered in a nominees account with my stock broker – I suspect that there are many retail customers who adopt this practice, so published numbers of retail holders may be skewed – to what degree I don’t know – it could be minimal or it could be substantial

This is obviously not a response to you but I need to say it now. I have become a Christian in the last few days following pneumonia. I have insulted you many times in horribly snide remarks. Will you please accept my sincerest apologies? My actual name is Phil Logan. I still feel the same about Zuma! I would like to hear from you.
(plogan@mweb.co.za). I have relatives in Melbourne and who knows, maybe some day…

This is on a public platform but that’s fine. I still disagree with many of your comments! Cheers.

@Africa Pragmatist – M&G made these allegations in 2011. What it failed to report was that all Government leases (not just Rebosis) were audited by the Special Investigations Unit (SIU)that same year. Where corruption was involved, the SIU acted. None of Rebosis’ leases were found lacking.

As @Think_B4U_Reply said, why don’t you provide evidence to back your claims, instead of innuendos based on five year old articles.

BEE or not, a true entrepreneur identify a gap in the market and explore on it. That’s what Sisa has done.