Rebosis surges over 34% on news of possible rescue deal Rebosis Property Fund – the debt-burdened real estate investment trust (Reit) with a sector-high loan-to-value ratio (LTV) of over 72% – saw its share price surge 34.78% on Wednesday, on news of a possible rescue deal being negotiated with unnamed local and foreign investors.

The stock closed at R0.31 per share, which amounted to a gain of just 8 cents per share on the day as it is now regarded as a micro-cap, with a market capitalisation of around R161 million.

But the Reit’s dividend-starved shareholders will be hoping a deal materialises to unlock some lost value – the stock has plunged over 96% in the last three years.

Rebosis issued a cautionary on Wednesday advising shareholders of talks underway. The announcement has fuelled speculation that the group, founded by property entrepreneur Sisa Ngebulana, could be delisted and effectively “taken private”.

“Shareholders are advised that the company has signed non-disclosure agreements and [is] currently in negotiations with local and offshore institutions and pension funds for a transaction that, if successfully concluded, could fundamentally change the financial matrix of Rebosis and crystallise value for shareholders,” the group notes in the cautionary.

“The proposed transaction will be subject to due diligence and various regulatory approvals and the conclusion of formal agreements,” it adds.

According to Rebosis, if concluded, the proposed transaction will be classified as a category 1 transaction, requiring a circular and (majority) shareholder approval.

Ngebulana has lost control of the group as its biggest shareholder to rival Zunaid Moti, a Joburg car dealership tycoon.

Moti and Ngebulana have been caught up in a court battle after Ngebulana’s Amatolo Family Trust failed to pay Moti for a stake in the group, which was announced in November last year and would have seen Ngebulana regain major control of the group. 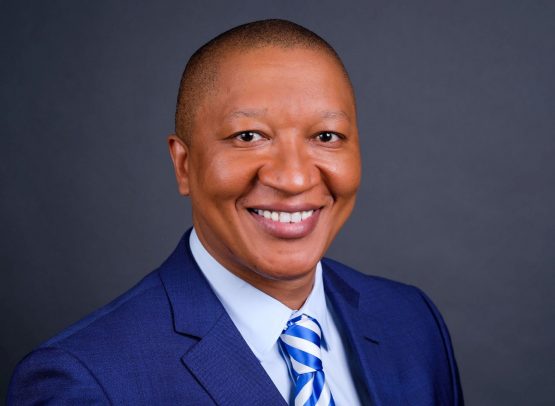 Ngebulana, who is still the group’s CEO, did not want to comment further on the talks currently underway with new investors. It is unclear whether this potential deal involves Moti or one of his associates.

Some industry analysts believe the deal could be related to the planned disposal of Rebosis’s office property portfolio to reduce the group’s LTV and debt burden, which stands at over R9 billion.

Most analysts did not want to comment on the latest Rebosis cautionary when contacted by Moneyweb. Many no longer cover the company due to it being a micro-cap.

However, Ian Anderson a portfolio manager and head of listed property at Counterpoint Asset Management, points out “it’s too early to speculate” on what is likely to happen.

“Management at Rebosis have indicated in previous results presentations that one of the options they would consider in order to unlock shareholder value, would be to take the company private,” he notes.

“As a listed property fund, the current LTV is too high for most investors to stomach…. A significant number of assets would need to be disposed of before the LTV is in the right range, which today would probably be somewhere between 35% and 40%,” he says.

“The [group’s] previous JSE Sens announcement regarding changes in company ownership suggested, if Citax Investments is a Moti associate, that he now controls more than 35% of the company, which should have resulted in an offer being made to shareholders. Rebosis did indicate that they had filed the required notices with the Takeover Regulation Panel,” notes Anderson.

According to Sens statements, Citax Investments SA is now the second biggest shareholder in Rebosis after Moti.

Citax has 24.71% of Rebosis’s “B” shares and 28.86% of the fund’s “A” shares. Little is known about the company, but it seems to be a global asset manager. Citax bought some of Arrowhead Properties’ stake in Rebosis as well as shares from Moti.

Anderson says Rebosis’s latest cautionary announcement itself “was rather vague”. This has fuelled speculation.

However, he reiterates that the fund’s immediate problem is its record-high LTV, which should be “the first thing it needs to address”.

Wayne McCurrie, portfolio manager at FNB Wealth and Investment, says Rebosis’s cautionary may mean the group is set to get another investor that will inject much-needed capital into the fund, to bring down its LTV.

“This could see the group go private, but it could also mean that it will have a major new shareholder and stay listed. It could also result in disposals,” he adds.

“Ignoring the spat between Ngebulana and Moti, as well as the impact of Covid-19, the fund was having troubles around its high debt levels and LTV long before these events,” McCurrie points out.

“In bad times, with South Africa’s economy being in recession before the pandemic even hit, companies with high debt levels will get into even deeper trouble. This is where Rebosis finds itself,” he says.

There is absolutely nothing that makes sense in buying REB right now … not even as a one-eye-closed gamble.

Could not agree more

It would seem the bank with the most exposure to REB is funding Investec’s old Blesser to rescue whatever value there is left in REB.