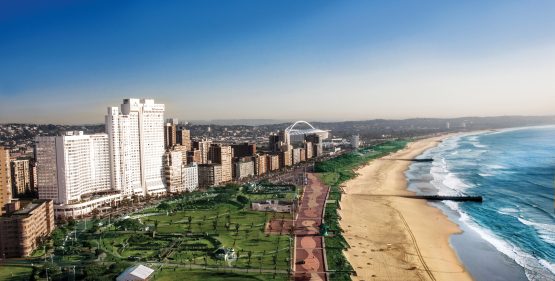 Tsogo Sun Hotels, which unbundled from casino and hospitality giant Tsogo Sun Holdings in 2019 prior to the Covid fallout, is seeing a strong rebound and has taken the opportunity to rebrand ‘back’ to Southern Sun.

The group released its latest financial results on Thursday afternoon, confirming a rebound for the year ended March 31, 2022. However, it is yet to recover to pre-Covid levels.

Ebitdar (earnings before interest, taxes, depreciation, amortisation, and restructuring or rent costs) for the full-year came in at R590 million (including R191 million insurance proceeds), compared to an Ebitdar loss of R177 million in the prior year.

This came on the back of revenue more than doubling, from just under R1.2 billion in FY2021 to R2.7 billion for its latest financial year.

Full-year hotel occupancy levels for the group came in at 30.6%, which is compared to just 12.2% for the Covid-hit prior financial year.

While this represents a major rebound for the group following the pandemic-linked financial fallout in the tourism and hospitality industry in 2020/21, it still reported a loss. However, the losses have been slashed by a wide margin.

This means it has slashed its losses per share by more than 80%.

The market was expecting the recovery after the group issued a trading update last week, highlighting the turnaround.

Tsogo Sun Hotels also announced in the update that it intends to change the name of the company to Southern Sun.

This however seems to be a done deal, with the Southern Sun name already featuring on the group’s website.

“Follow the sun and rediscover Southern Sun, the new name of Tsogo Sun Hotels,” it declared in a pop-up note on the site.

This rebranding is a significant move back to its roots, with the Southern Sun brand being a major name in the hotel and tourism market in SA for more than two decades.

It became a brand of Tsogo Sun Holdings, which was launched in the early 2000s as an empowerment-led venture to secure new urban casino licenses in the country.

The group, which is now SA’s largest hotel company following its full acquisition of Hospitality Property Fund (HPF) during the pandemic, has a history going back to the mid-60s when top hotelier, the late Sol Kerzner, opened the Beverly Hills Hotel in Umhlanga, north of Durban.

The Beverly Hills Hotel, which is still part of the group as its oldest hotel, opened in 1964 reportedly as SA’s first five-star hotel.

Kerzner, with the backing of South African Breweries (SAB), played a huge role in growing the group across the country in the 1970s and 80s, opening landmark hotels like the Maharani, Elangeni, Sandton Sun and Cape Sun. He exited the group in the 1990s ahead of its later incorporation into Tsogo. The late Sol Kerzner (centre), seen several years back with staff of the Beverly Hills Hotel, during a visit. He passed away in 2020. Image: Supplied

Tsogo Sun Hotels, now trading as Southern Sun, has clearly taken advantage of the Covid low to reposition itself for growth. This comes not only with its full control of the former HPF portfolio, but several new deals including the conversion of hotels that were under other international brands to now being under the group’s own brands.

These include the likes of The Edward Hotel in Durban, Mount Grace in Magaliesburg, and more recently a hotel in Cape Town, which all used to be managed by Marriott International following its takeover of Protea Hotels several years ago.

The group also secured a management agreement to operate a new hotel in Stellenbosch.

Just yesterday (Wednesday) Liberty Two Degree (L2D), which jointly owns the Sandton Convention Centre and three hotels around Sandton City with Liberty Group, confirmed in a pre-close update that the Intercontinental Hotel in the precinct is being rebranded as Sandton Towers and will reopen on July 1.

The rebranded Southern Sun hotel group will manage the property for L2D, together with the other two hotels it also operates for the listed property counter – Sandton Sun and the Garden Court Sandton.

While Tsogo/Southern Sun Hotels has links to managing some of UK-based Intercontinental Hotel Group’s hotels in SA, the rebranding of Intercontinental Sandton to Sandton Towers means that this property now effectively becomes one of the luxury brands managed more directly by Southern Sun.

More details on the Tsogo Sun Hotels group performance and rebranding to Southern Sun are expected to be revealed by group CEO Marcel von Aulock on Friday during an investor presentation on the company’s latest annual results.

Who was the edjit who wanted the name Tsogo in the 2st place??

Names, give me names.