The company hasn’t disclosed what valuation it would seek in the IPO.
By Michael Hytha and Priya Anand, Bloomberg  16 Dec 2021  08:51 Reddit, the social media platform that helped fuel this year’s meme stock frenzy, said it has confidentially filed for an initial public offering.

The San Francisco-based company said Wednesday in a statement that the number of shares and proposed price range for an IPO haven’t been determined. It said the listing is expected to occur after the US Securities and Exchange Commission completes its review process, subject to market and other conditions.

The company, which was valued at $10 billion by investors in a funding round this summer, didn’t disclose what valuation it would seek in the IPO.

Reddit saw a surge of interest this year after a forum on the site, WallStreetBets, jolted the stock market. The trading frenzy, driven largely by posts on the site, whipsawed the prices of GameStop Corp, AMC Entertainment Holdings Inc. and silver. The result was a rewriting of the previously understood rules of Wall Street trading.

Founded in 2005, the company has become one of the world’s most influential social media companies. In February, Reddit said it had more than 50 million daily users. The website hosts message boards on a wide variety of topics, counting more than 100 000 active groups.

Reddit got its start after Steve Huffman, now the chief executive officer, and Alexis Ohanian met at the University of Virginia. Reddit diverged from its social media contemporaries like Twitter Inc. and Facebook when it was acquired by Conde Nast in 2006. The magazine publisher later spun off the company, and Reddit went through a pair of chief executives before Huffman returned to the helm in 2015.

In recent years, Reddit has encountered controversy for a relatively hands-off approach toward moderation on the site, which critics have said allows racism and violent speech to fester.

Earlier this year, after Huffman said that while he believed masking and getting vaccinated was the right path forward during the pandemic, Reddit was “a place for open and authentic discussion and debate,” including for “conversations that question or disagree with popular consensus.” Days later, the company posted that “many of our users are telling us that they are confused and even frustrated with our handling of Covid denial content on the platform,” and banned a subreddit that allegedly had Covid-related misinformation.

In March, in an early step toward a public listing, Reddit hired Drew Vollero as its first chief financial officer. Vollero is known for leading Snap Inc.’s IPO in 2017.

Reddit generated advertising revenue of $100 million for the first time in the second quarter, nearly triple what it was a year earlier, Reddit said in a statement in August. It’s now seeking to push deeper into audio and video, where ad rates tend to command a premium.

Details of Reddit’s operations and finances will be reported later in a public filing if it continues to pursue an IPO. Officials in Moscow, some of whom saw a contraction of as much as 12%, are now preparing to improve forecasts to less than half that. 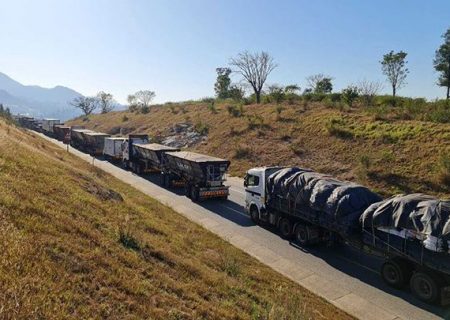