The M&R board is in the process of reviewing the TSC ruling. Picture: Moneyweb

Murray & Roberts said in a statement the approval it had originally obtained from the Takeover Regulation Panel (TRP) to look into a potential tie-up with Aveng while it was still the subject of a hostile takeover by Aton was overturned on Wednesday.

This comes after Aton submitted an appeal to the Takeover Special Committee (TSC) requesting TRP approval be overturned.

“The board is in the process of reviewing the TSC ruling together with its legal advisers and consulting with Aveng. The board will make a further announcement regarding the proposed transaction in due course,” it said.

In a separate statement Aveng said it noted Murray & Roberts’ intention to engage further with the company but had not received any formal correspondence from Murray & Roberts.

Murray & Roberts has been in a tug of war with its top investor Aton since March when the German investment house launched a takeover bid, which was rejected as poor value for shareholders.

Murray & Roberts then proposed an all-share merger with rival Aveng in May, which Aton called a “poison pill” and a “frustrating” action.

To prevent the potential merger between Aveng and Murray & Roberts, Aton bought a 25.42% stake in Aveng.

Separately, Aveng said it had agreed to sell two of its properties, Jet Park and Van der Bijl Park for R211.2 million ($15.78 million) and R42.6 million  respectively, as part of a strategic review to lower a debt burden and strengthen its financial position.

In February it announced its intention to dispose of non-core assets including Aveng Grinaker-LTA, Aveng Trident Steel, the Aveng Manufacturing businesses and properties, allowing management to focus on the core operations of Moolmans and McConnell Dowell.

So now can Murray appeal and get a ruling from the Takeover Super special really really special special committee and put this issue to bed? Between 74 million and 79 million barrels from the OPEC+ producer were in transit and floating storage over the past week. 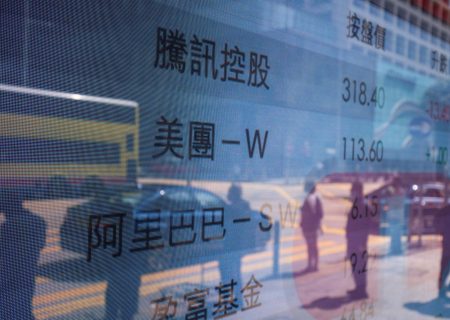