Analysts cautious on the share; Abu Dhabi patient volumes down.
By Eleanor Becker 25 May 2017  06:40

SA hospital groups are getting healthier, and bigger
Mediclinic not quite back to pre-pandemic levels
Rise in client activity drives Mediclinic profit up
CLICK THIS COMPANY MORE COMPANY NEWS SENS
MEDICLINIC 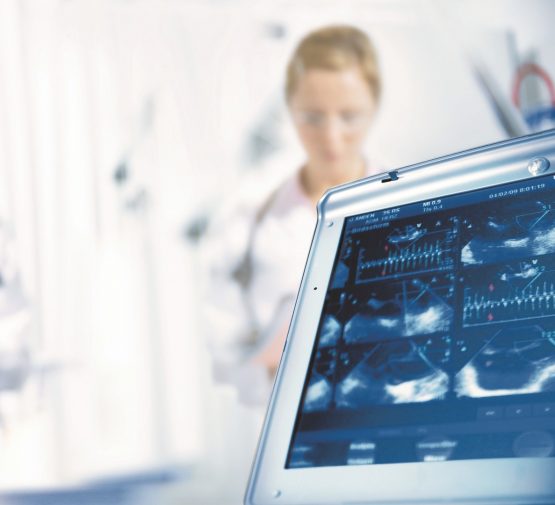 Last year, the Health Authority Abu Dhabi announced amendments to health insurance programmes from July 2016. Changes to the Thiqa plan (health insurance for UAE Nationals in Abu Dhabi) meant patients would get 80% fee coverage for outpatient and inpatient services by private Abu Dhabi healthcare facilities and 50% if outside the city.

In April, His Highness Sheikh Mohamed bin Zayed Al Nahyan waived the 20% co-payment. Services outside Abu Dhabi have a 10% copayment.

The Middle East business operates six hospitals and 31 clinics, with 714 beds. A hospital and several clinics were opened and several developments scheduled for FY 2018.

“Opportunities include the provision of services for a growing and ageing population…in a region where governments are seeking to diversify their economies away from dependence on oil revenues,” says Mediclinic.

Lentus Asset Management CIO Nic Norman-Smith, says the results were disappointing, “albeit not completely unexpected given the current environment within their businesses”. Group revenue was up to £2.7 billion; underlying earnings per share (EPS) were down to 29.8p (FY16: 36.7p). See below.

The company benefited from a weaker pound compared with the other platform currencies (rand, swiss franc and UAE dirham).

A flat 4.70 pence per share final dividend was proposed.

Admissions were up 0.6%, but medical case growth was partly offset by surgical day cases decreasing on outmigration (basic medical treatments shifting from inpatient to outpatient).

Projects in progress will add 54 more beds by the end of FY18.

“Some incremental growth opportunities remain in Southern Africa as a result of the ageing population, new technology and services and an increase in the proportion of cases with chronic disease codes (i.e. expanding existing hospitals, new day clinics and investing in mental health).”

Mediclinic expects FY18 revenue growth in line with inflation for the region.

The reduction in bed days sold (-0.7%) and average length of stay (-2.3%) was offset by a 3% increase in average revenue per bed day sold, mainly because case severity increased. Outpatient revenues increased 9%.

The national outpatient tariff is being revised: government is proposing targets around CHF700 million annual savings in public and private outpatient sectors. Outpatient services contributed about 20% of Hirslanden’s FY17 revenues. The expected annualised impact on Hirslanden outpatient revenues is around CHF30 million (without mitigation), but seen limited in FY18.

Federal Government is preparing a framework for the outmigration of services; implementation is likely from January 1 2018, across Switzerland. As such, Hirslanden’s opening new outpatient facilities and creating an integrated medical network.

Meintjes said Mediclinic still sees many growth opportunities in core markets and will continue to invest across all platforms.

However, the muted outlook statement, in particular around the Middle East, may have disappointed investors hoping for a sharp recovery in the region, says Aslam Dalvi, Kagiso Asset Management associate portfolio manager.

“Regulatory changes remain a concern – in particular around expected tariff reductions in Switzerland and the introduction of diagnosis-related grouping pricing system in Dubai next year,” said Dalvi.

Norman-Smith agrees, but adds: “However, we have seen recent announcements from both the Swiss and Middle Eastern regulators and thus don’t expect any major short-term changes.”

“However, the regulatory environment is taking a toll on the sector and all JSE-listed hospital groups share prices have pulled back in recent times. But we are encouraged by the fact that governments in UAE and Switzerland are retreating, taking a softer regulatory stance.”

Makuwerere believes FY18 will be much better, “buttressed by the improving regulatory framework and it will be reporting off a low base. This might be a time to accumulate the stock if you have medium-to-long term investment horizon.”

“Netcare and Life (Healthcare) are both more attractively valued. However, none of the SA-listed hospital companies are trading at a meaningful enough discount yet to interest us.”

While he believes Mediclinic is a “wonderful” business and is very ably run – and Lentus own some indirect exposure via Remgro and would be happy to build direct exposure at a more favourable pricing point – Norman-Smith says Lentus doesn’t believe the share’s trading at a compelling price.

“The discount that is available by investing in Remgro at current levels provides some indirect exposure at a reasonable price. However, a direct investment is not attractive enough for us at current levels.”