Private hospital groups and government need to work together at this point ‘otherwise they will just nationalise you’. Image: Supplied

Mediclinic is working closely with governments in every country in which it operates, including South Africa, to deal with the challenges created by the global spread of the novel Covid-19 or otherwise known as coronavirus.

“At the moment there is a lot of coordination in all regions in which we operate,” Jannie Durand, CEO of holding company Remgro, told analysts during a Remgro results presentation on Wednesday.

“This is the first time the private and public sectors are coming together in such a big way,” he added.

He said right now “the important thing is saving peoples’ lives” adding that “for the time being we must not look at things from a pure commercial point, we must make sure we do what’s best for the country and the people of the country”.

Read: Why George said no to Mediclinic

Durand was responding to a question from Opportune Investment’s Chris Logan, who wanted to know how Mediclinic would respond to government requests for assistance. UK hospital group Spire recently issued a statement saying it has been asked for and has offered support to the country’s NHS (National Health Service) during this challenging time. “Do you envisage Mediclinic being asked for support and how do you think it would pan out in the various regions in which it operates?” asked Logan.

Durand said there had to be coordination between government departments and private sector companies as the challenge could not be dealt with in isolation. He said that in Spain, which has suffered one of the highest rates of infections in Europe, the government nationalised private hospitals on Tuesday.

“We clearly need to work together at this point in time and not be seen working against governments otherwise they will just nationalise you,” said Durand. He said it’s not just Mediclinic, all private hospital groups are working closely with governments across the globe.

Read: Mediclinic has a clean bill of health after Swiss regulatory hiccups

The results presentation was overshadowed by the spectre of the Covid-19, which Remgro is taking very seriously, said Durand. He said there is a need to ensure that “our people” are not put under too much pressure and that this might put supplies under stress. “Our biggest responsibility is to our people, we must be responsible about what pressure we put them under.” Remgro has controlling stakes in food group RCL, Siqalo Foods, which was acquired from Unilever last year, and Distell.

He said the group is focusing on surviving, cutting costs and ensuring the safety of its employees. The crisis could create opportunities for Remgro, which has substantial funding capacity.

However, a sombre Durand acknowledged: “I don’t know what I don’t know.”

The proposed unbundling of its holding in FirstRand and Rand Merchant Bank Holdings is taking longer than anticipated because of the extensive requirements of regulators. Unbundling the assets, which represent almost a third of Remgro’s intrinsic value, involves dealing with JSE requirements, the Companies Act and the SA Reserve Bank. “We are jumping through a lot of hoops,” said Durand. “We want to get it done as soon as possible.”

Logan told Moneyweb that Remgro is “head and shoulders” above other holding companies when it comes to unlocking value for shareholders and addressing governance concerns. Remgro is currently trading at a discount of around 25% to its underlying assets, which is significantly smaller than most holding companies.

Logan said the unbundling would not only unlock value for shareholders but would allow for greater focus on the remaining assets.

“While they’ve got some great ‘new age’ assets, some of their ‘old-age’ assets such as RCL and Distell do need to improve their performances.”

Remgro and Mediclinic share prices in the past year

Other than as manager of an investment company, have these board members EVER actually started, grown and run an actual business???? Has Durand ever juggled cheques to figure who to pay this week and what price to charge which customer on what order?

We live in a world where spreadsheet jockey academics determine asset allocations they have no concept of at all. Tesla shares slumped as much as 6.9% to $395 before the start of regular trading. 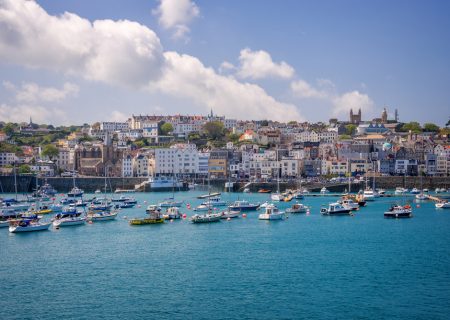