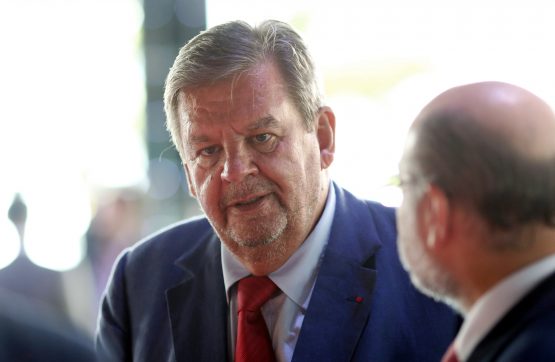 The company plans to raise the funds through a rights offer and the sale of B shares, it said in a statement after the market closed in Johannesburg on Tuesday. Investors will be entitled to 10 shares for every 100 they own at a price of R192.50 each under the terms of the rights issue. That’s a discount of 21% to Tuesday’s closing price of R241.72.

The investment group has first refusal on SABMiller’s 26% holding in the maker of Amarula liqueur and Klipdrift brandy, valued at about R9.5 billion. The brewer was told to sell the asset by antitrust authorities as a condition to winning South African approval for its takeover by Anheuser-Busch InBev NV. Remgro already owns almost 53% of Distell.

No agreement regarding the deal has been reached and Remgro will only exercise its right on “commercially appropriate terms,” the Stellenbosch, South Africa-based company said. “Other strategic opportunities are also being explored by Remgro and its portfolio companies.”

South Africa’s Competition Tribunal ruled that the stake in Distell had to be sold as a condition to agreeing to the takeover by AB InBev, which would create the world’s largest brewer. The deal will be considered by SABMiller shareholders on Wednesday, with most voting by proxy supporting the $104 billion takeover offer, according to people familiar with the matter.

Rupert companies
Remgro also owns stakes in consumer-goods companies including Unilever South Africa Ltd. and RCL Foods Ltd. It holds more than 40% of private-healthcare provider Mediclinic International Plc. Rupert’s net worth is about $6.4 billion, according to the Bloomberg Billionaires Index.

Any surplus cash not used for “strategic opportunities” may also be used to repay debt, Remgro said.