Presents a funding model that promises to reduce the company’s debt and add value for shareholders.
By Akhona Matshoba 19 Oct 2021  00:03

Simon’s weekly wrap: On the bright side …
Renergen ‘off to the races’ with reserve and resource update
US Fed tapering begins
CLICK THIS COMPANY MORE COMPANY NEWS SENS
RENERGEN 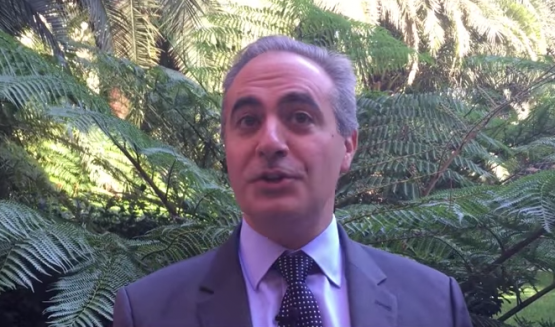 Domestic natural gas and helium producer Renergen has signed a $25 million (about R367 million) forward sale agreement with US company Argonon Helium, which is intended to bring price transparency to the currently muddy helium market.

In a Sens statement issued by Renergen on Monday, the company announced that a portion of the funds generated from the pre-sale agreement – which will give Argonon access to 100 000 helium units over a period of 19 years – will be used to accelerate Phase 2 of the Virginia Gas Project.

First of its kind

“Whilst 100 000 units is less than 0.1% of the global helium market over the term of our contract, we believe this transaction is a ground-breaking step in bringing helium to the financial markets and will pave the way for its inclusion into more mainstream commodities,” Argonon CEO Richard Charrington said in a statement.

According to estimates by the Edison Group and Hannam & Partners, the global helium market consumes about six million units per annum, and is expected to consume more than 20 times that by 2042 when the Virginia Gas Project’s licence expires in September 2042.

“Unlike other more transparent commodities, helium is not presently traded in the spot market and a visible price per mcf [one thousand cubic feet] is not available,” said Charrington.

“The collaboration between Renergen and Argonon is specifically designed to bring transparency of pricing into the helium market and highlight the growing global importance of helium.”

The helium tokens, which will be created using blockchain technology, will be traded on a platform created and managed by financial services company Purple Group.

“We see a future where the use of blockchain to manage assets at low cost and in a transparent way becomes mainstream,” Purple Group CEO Charles Savage said in a statement. “Applying it to a resource base we believe is a very innovative approach and look forward to this journey.”

“Helium is a rare element without substitutes and the importance and critical role it plays across several high growth sectors including medical imagery (MRIs), welding, fibre optics and electronics is leading to a growing global shortfall of helium supply, and rising prices.”

Marani added: “Through the development of its world-class, high-grade Virginia Gas Project, Renergen is in a strong position to supply this growing market and continue to create long-term value for all our stakeholders.”

Small Talk Daily analyst Anthony Clark said the move towards helium tokens is an innovative and elegant funding model that will not only decrease the company’s debt pile but has potential to fund the entire Phase 2 of the Virginia Gas Project (VP2).

“To date, Renergen has secured off-take agreements for 65% of its expected helium production. The balancing 35%, a small percentage of it now tokenised, opens up the optionality of further tranches of tokens to raise capital for the expected capex of the larger VP2 thus diminishing – but not at this stage negating – the need for dilutive equity placements and the encumberment of significant project debt.”

“I see the innovative helium tokens as an elegant funding mechanism and yet another arrow in the funding quiver for Renergen,” said Clark.

“This token should please shareholders as it eases concerns over potential ongoing equity raises to fund the VP2 project.”

Listen to Simon Brown’s interview with Renergen CEO Stefano Marani in this MoneywebNOW podcast (or read the transcript here):

Great little business with a great future ahead. Has alot of debt but is a potential 10 bagger in years to come in my opinion once they sort out the necessary.

Is an interesting if speculative investment…

How do the prices of this instrument (around $230/unit) compare to recent prices of Helium and how does the volume in the contract compare to Renergen’s capacity?