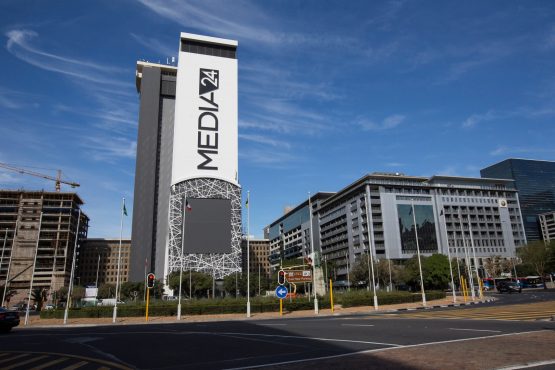 Naspers says it will give MultiChoice time to deal with the matter. Picture: Bloomberg

The board of Naspers issued a statement on Friday responding to reports surrounding its subsidiary MultiChoice regarding its relationship with news channel ANN7 and the SABC.

Below is the statement.

There seems to be persistent baiting of Naspers to intervene in the affairs of MultiChoice. While some reporting is no doubt driven by an honourable wish to expose corruption, some of it is clearly intended to apply pressure on Naspers to force MultiChoice to take the news channel ANN7 off the air.

That channel is closely associated with the Gupta family and, given the recent exposure of corruption linked to them, it is felt inappropriate that they should have a voice on television and that MultiChoice should facilitate that. A wide variety of issues, complaints and allegations have recently been made.

A few notes about that:

So, in conclusion, while we understand the frustration, we also suggest that further baiting of Naspers to override MultiChoice in this matter is not conducive to an open democracy.

Then Bob van Dijk must not brush off Ryk van Niekerk, and he must say they view it in a serious light and will ask Multichoice board to investigate, and not how it is not of concern for Naspers at all.

They are like politicians, answering questions that no-one asked. Their main South African subsidiary and producer of much local cashflow has overpaid the Guptas for their news channel and had a direct line to the minister in influencing the set top box policy. That minister forwarded all their correspondence directly to the Guptas. Damn right the public has joined the dots and wants NASPERS to jump into action. To classify this as just politically inspired baiting is shameless behaviour.

Yep just like politicians who flas the middle finger

It should be obvious to MultiChoice that the majority of subscribers are not interested in fake news, spewing lies and defending corruption..

Curious that MultiChoice broadcast ANN7 in the first place. Don’t be defensive MultiChoice, the consumer is always right. And while you’re at it, cut your fees by 50% at least. Paying subscription fees for DSTV is currently equivalent to daylight robbery.

Koos Bekker learnt well from PW BOtha – if you can no longer hide or lie, threaten!!

This is his veiled threat to all – we may take action.

Bekker can not afford to take action – the full story will then come out!