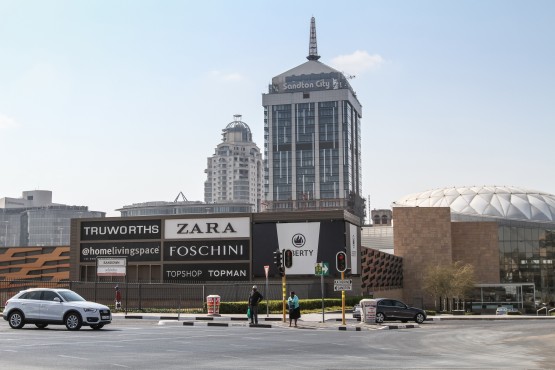 Only two retailers - Mr Price and Truworths - seem to have made a formal point of addressing board diversity. Picture:

Nearly two out of three board members of JSE-listed South African retailers are white men, while over three quarters are men. A Moneyweb analysis of 15 large retailers has revealed that boards of directors are lagging when it comes to transformation, with white representation on the boards of two companies exceeding 80%.

The analysis shows that of the 154 board members in total, 99 (64%) are white men, 18 (12%) are black, coloured or Indian men, six (4%) are white women, while 31 (20%) are black, coloured or Indian women. The analysis includes most companies in the food and drug retailers and general retailers sectors on the JSE: Cashbuild, Clicks Group, Dis-Chem Group, Holdsport, Italtile, Kaap Agri, Lewis Group, Massmart, Mr Price Group, Pick n Pay, Shoprite, The Spar Group, TFG, Truworths and Woolworths*.

The three most diverse boards, when it comes to racial representation, are Massmart (at 50% white/50% black), Clicks Group (56%/44%) and The Spar Group (60%/40%). If the three foreigners nominated by parent Walmart (Enrique Ostalé, Roger Burnley and Susan Muigai) are excluded from the Massmart calculation, then it is the only listed retailer with more than 50% black representation on its board (43%/57%). If Woolworths Holdings’ seven (!) foreign directors are excluded (four British nationals and three Australians), then it has 63% black representation on its board.

Woolworths has the largest board – at 15 members – with Pick n Pay and Shoprite both at 13. Dis-Chem, Holdsport and Italtile have the smallest boards, at eight directors each. The average board size is ten.

Only two (Mr Price Group and Truworths International) seem to have made a formal point of addressing board diversity. Mr Price Group approved a policy for the promotion of gender and ethnicity diversity on the board in late March 2017. It says “the board appreciates the need for gender and ethnicity diversity at board level” and has set the following “voluntary targets”: “30% female representation; and 30% African, coloured or Indian representation”.

The group says “in considering any new appointments to the board, the Remuneration and Nominations Committee shall consider the board’s current composition in respect of the voluntary diversity targets as well as gaps identified in the board’s fields of knowledge, skills and experience”.

Truworths says one of its “governance priorities” for 2017 is the “development by the board of a policy on the promotion of gender diversity at board level, including giving consideration to whether targets should be set for achieving such diversity”.

When it comes to B-BBBE status, Kaap Agri, Shoprite and Spar lead at levels three, four and four, respectively. Five lag at levels seven and eight, while three of the 15 are categorised as non-compliant: Holdsport, Italtile and Truworths.

Holdsport says “the group’s first B-BBEE score of 10.99 is at a level rated “non-compliant contributor”. In the transformation report in its annual report it attempts to explain “the group’s performance against the elements of the B-BBEE scorecard and identifies the unique structural challenges it faces to improve on this score”. On the equity ownership, skills development and socioeconomic development measures, it scores nil.

It says the group’s “B-BBEE contributor status target for the year ahead is Level 8 (new scorecard). Management has strategised an approach to improve compliance with the new legislation, through, among other means, training and recruitment, and supplier and enterprise development. Immediate-term goals are to increase the scale of the group’s rural learnerships and workplace experience programmes; the group has also contracted a specialist provider to assist with the recruitment of disabled individuals”.

In its most recent integrated report, the chair of Truworths International’s Social and Ethics Committee, Michael Thompson, writes that “the committee has been informed that at the financial year-end the group had recorded a level of non-compliance with the recently revised voluntary codes of good practice on B-BBEE as measured by the dti’s generic scorecard. The committee has been advised that, in collaboration with external consultants, management is considering various initiatives, including revised procurement strategies and supplier and enterprise development initiatives, aimed at addressing the group’s B-BBEE status during the course of the 2017 financial period”.

** In this analysis, white women are counted as ‘white’, even though under employment equity legislation they are categorised as previously disadvantaged.

It would be an interesting investigation if evidence could be published on how much in monetary value the directors and executive have invested in the Companies that they are members of the boards of. It should also be published that the shares registered in board members names were purchased, donated to, or given subject to loan and other conditions of each board members.

Perhaps we will discover that many board members are there just for the ride and have invested NOTHING in the Companies that they are board members of.

Ownership with a reasonable stake plus a positive knowledge bank of the person selected as board material in a Company secures a place on the board. Could it be that the pale males have more equity in the Companies than the darker males and females or the pale females? Lets test it with evidence of equity investment instead of being swayed by political words that pull the wool over the populations and voters eyes.

Lets discover the truth with evidence of commitment of the individuals assets invested.

This BEE thing is a load of tosh!

One of the tools that are freely available to Blacks ( Africans, Coloureds and Indians, and those included by legal exception) to help these none compliant companies, is a simole Boycott. Simoly put, don’t buy anything from rhem until they show not effort or good faith, but actual results! This will move the needle forward.. if nothing else!

Another incendiary article by MW. Attention seeking that will further corrupt and destroy SA.

‘Be thankful that some companies use their noggin in appointing senior staff.

BBB-EE is an unjustified expense that brings zero benefits other than to trough feeders.

Could Moneyweb perhaps do a survey on central,provincial and metro government.I presume the make up is 80% Black,8% White,9% Coloured and 3% Indian.If this is not the case, government should be brought to book!

Hi Bruce, the stats are as follows:

These articles are merely put together to muddy the water.
Here’s a challenge for the author – pick a Top 40 company and list the directors, their holdings in the company (racially profile if you must), list qualifications, list other companies in which they hold directorships and any other competence bits of information. Then compare on the same basis SoE’s such as Eskom, SAA, Transnet and any others that grabs the authors heart. As a conclusion summarise the competency of the directors versus, sustainability, profitability, compliance to the rules of business rather than government dictated BEE sweetheart deals

It surprises me that MW publishes this kind of information, making one wonder whose interests it serves? The prevailing narrative and implication from this article is that anti-affirmative action is equivalent to anti-transformation. Of course, this is demonstrably wrong.

Is there not something wrong with a system where individuals are not assessed according to their value/skills but rather, according to an artificial construct relating to their identity? How does a capitalist society thrive under those conditions? It doesn’t.

In this country, you cannot even utter any words even asking whether Affirmative Action is fair. It’s presumed to be so. Reality/Evidence/Reason take a back-seat.

Affirmative action is unjust for 2 reasons.

1) IT FAILS TO ADVANCE THE CAUSE OF THOSE IT CLAIMS TO PROTECT.

Rather than use actual disadvantage to assess whether to advance a Black’s interests over any other race, it uses race as a proxy. So it essentially assumes that if you are Black you were disadvantaged which is often not the case. Most often, those promoted have experienced little/no prejudice/disadvantage. I did my articles with a privately schooled black male whose parents funded his education and car. On what moral grounds is he in any way more deserving than I? He is headhunted non-stop, earns 2 x my salary while I cannot get anyone even remotely connected to the public sector to be interested (I have 3 degrees). He gets special treatment because he is Black and to me, it is patently unfair.

2) ENGAGES IN A DISTASTEFUL PRACTICE OF RACIAL PSEUDOSCIENCE.

Race remains the backdrop to SA’s public life and to stop talking about it is to ignore the bias still rife in our society.

And precisely what is the point? Only in this crazy country will an article such as this be published. Shareholders do not give a ….. whether the board members are green, yellow or purple, as long as they are increasing the value of the business. How many people ask what the colour of Tencent or Amazon’s board members are before they invest? They don’t, because those are quality businesses not subject to this BEE garbage.

Of course shareholders are the only stakeholders that truly matter…

Pale, male and yet they are propping up an economy best described as dysfunctional. Go figure.

It is difficult to get a man to understand something when his salary depends on not understanding it.