The special acquisition company is in the process of expanding and strengthening its platform.
By Aarti Bhana 29 Nov 2017  00:08 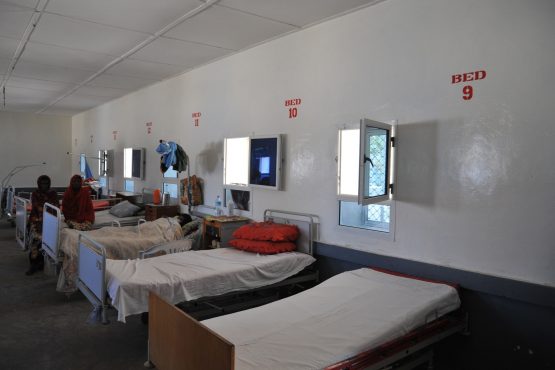 RHB is black-owned and listed on the JSE as a special purpose acquisition company (Spac) in July 2017. It is majority held by the Public Investment Corporation (PIC) and joins five other companies in the non-equity investments instruments sector.

The company invests in hospitals where it can help to improve the facilities and increase access to quality healthcare services, especially to those within the lower- to middle-income bracket, or to the exceptionally managed commercial entities across the South African market.

RHB chief financial officer Dion Mhlaba said once the company entered the market it needed to consolidate the missing middle on its platform, and this required a bigger footprint of projects or facilities in the country.

He added that the acquisitions would enable positive returns in both growth and profit for the company and its shareholders.

VPH, an independently-owned private hospital in the North West province, has been operational since 1992. Mhlaba said RHB plans to expand VPH as it is the only hospital within a 150km radius in the community.

He added that the facility hadn’t been run properly, and RHB saw an opportunity to help it grow, improve its quality, capacity and service offering, and in so doing the residents’ ability to access quality healthcare as set out in RHB’s mandate.

VPH currently has 18 doctors and is licensed for 44 beds, two operating theatres, one baby delivery room and is designed around one central nursing station.

AHC, a majority black- and women-owned company, was established in 2014 as a medical facilities, operating, management and services entity.

Mhlaba said AHC was an attractive opportunity because of its strategic management capacity. He said the management is currently operating three different hospital facilities.

The AHC acquisition is one of RHB’s “cross-cutting” platforms, and will enable RHB to address administration, commissioning, management or hospital infrastructure assets.

According to a JSE news statement, AHC shareholders will be paid R12.5 million in RHB shares.

As a start, Mhlaba said the acquisitions would increase RHB’s revenue to just under R300 million, with shareholder returns after tax at about R15 million.

“We need to increase the revenue line, and profits, but still make sure we expand,” he said.

RHB’s listing as a Spac enables the general public to share in the ownership of black-owned companies such as itself. With the company’s footprint and project pipeline expanding, Mhlaba said there has been an increase in people wanting to belong to their platform and partner with them.

“You are looking at people who want to belong to a particular platform, and that’s what we’re offering,” he said.