Cartier owner Richemont signalled it’s inclined to focus on expanding its own jewellery brands rather than start a bidding war with rival LVMH for Tiffany & Co. And the latest numbers show the Swiss watch and luxury company has some work to do.

The stock fell as much as 5.8% after the company reported weaker-than-expected earnings and a slowdown in second-quarter revenue, hit by Hong Kong protests and investments in e-commerce. Richemont isn’t actively defining acquisition targets, Chief Financial Officer Burkhart Grund said Friday on a call with reporters.

Richemont risks being overshadowed by LVMH in jewellery if the owner of Louis Vuitton and Bulgari succeeds with its attempt to buy Tiffany. The French company and Hermes both recently reported accelerating sales growth.

In September, Richemont bought Buccellati for 230 million euros ($254 million), adding the Italian brand to its jewellery labels, which include Van Cleef & Arpels.

“When you have three of the best names in the jewellery industry, we prefer to focus on our strengths,” Grund said. He declined to comment on Tiffany directly.

“Cartier is seeing increased competition from players like Bulgari,” wrote Luca Solca, an analyst at Sanford C. Bernstein. “A stronger Tiffany could add to the pressure.”

Most analysts say the company, with a 1.8 billion-euro cash position, would stretch to raise funds if it were to counterbid for Tiffany. Richemont has never sold stock to fund an acquisition, the CFO said, declining further comment. He said “obviously” Richemont is however open to M&A in general.

The company owns 20 brands it bought since Chairman Johann Rupert set it up with his father in 1988. LVMH shares were little changed.

Sales fell more than 10% in Hong Kong, where as much as a tenth of the world’s luxury goods are bought because they are usually a bit cheaper there than in mainland China. The Swiss luxury-goods maker said its first-half operating margin shrank for a second year as investments in e-commerce sapped profitability.

Hong Kong contributed 8% of total sales, down from 11%, the CFO said. In the longer term, the city may lose its ranking as the biggest export destination for timepieces as the price differential with the mainland diminishes and demand increases in the U.S. and Japan.

Operating profit lagged behind analysts’ estimates as Richemont plowed money into e-commerce. In September, the company set up a joint venture with Chinese online giant Alibaba, which Chief Executive Officer Jerome Lambert said should help fashion brands such as Chloe.

Sales growth was led by jewellery, which is a crucial growth motor for Richemont. However, profitability at that business contracted as Richemont boosted marketing and renovated stores.

Earnings from Swiss watches declined as Richemont becomes more selective in who it sells timepieces to in an attempt to avoid inventory gluts at watch retailers. 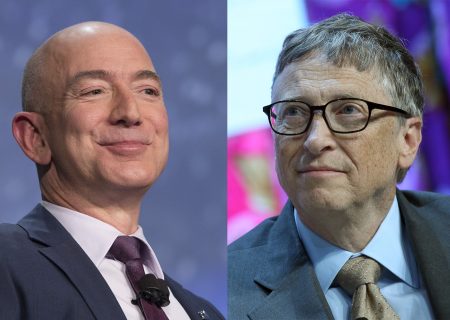