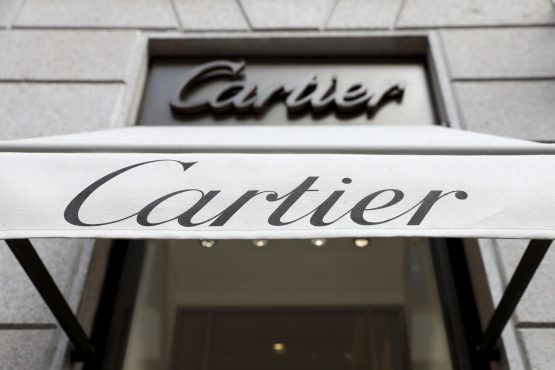 Richemont plunged after the Swiss watch and jewellery maker took a hit in Russia and China and forecast rocky times ahead.

“Even if the worst of Covid is hopefully behind us, we face a global environment which is the most unsettled we have experienced for a number of years,” Chairman Johann Rupert said Friday. “We face volatile times ahead.”

The shares fell as much as 12%, having lost almost a third of their value this year.

The comments raise questions about luxury demand, which has been buoyed by rich consumers who are more insulated from the effects of lockdowns and the cost-of-living crisis. That’s despite challenges including the war in Ukraine, lockdowns in China, rampant inflation and recent stock market declines. Earlier this week, Burberry Group Plc said profitability reached the highest level in eight years as the UK trenchcoat maker benefited from efforts to make its brand more exclusive.

The chairman said on a call with reporters that his “gut feeling” is that the Chinese economy is going to suffer longer than most people think and that the country’s rebound will be slower than that of others. About 40% of Richemont’s stores in that market are currently closed. China may face a “repeat of 2020” as Covid infections accelerate, Cartier Chief Executive Officer Cyrille Vigneron said.

“The country is going to take an economic blow,” the founder of Richemont said. “There will be a temporary contraction.”

“I’m worried about the crisis in basic foods,” the 71-year-old South African former investment banker said. “We are going to have shortages. People riot when there’s no bread.”

Richemont said the suspension of its business in Russia knocked 168 million euros off of profit. Executives confirmed some of its products were seized in Russia and said the financial charges taken cover its risks in the county. The company ended the year with 5.3 billion euros in cash, which Rupert said is a “source of strength” as market conditions worsen.

Operating income missed analysts’ estimates at 3.39 billion euros ($3.6 billion), though full-year profit more than doubled as the maker of Cartier jewelry and Vacheron Constantin Swiss watches benefited from record sales growth in a bounceback from the pandemic.

“Caution is the word of the moment,” said Chief Financial Officer Burkhart Grund.

The company also said talks with partners for a luxury e-commerce collaboration continue, but the process is protracted because it’s complex. The company said it looks “forward to concluding matters in the near future.”

Asked about acquisitions, the chairman, who has been nicknamed Rupert the Bear, said, “Let’s see if things calm down and if prices return to reality.