‘We’ll support them and grow them enough to take on the likes of Coronation and Allan Gray,’ Meyer says.
By Renee Bonorchis, Bloomberg 18 Nov 2015  12:56 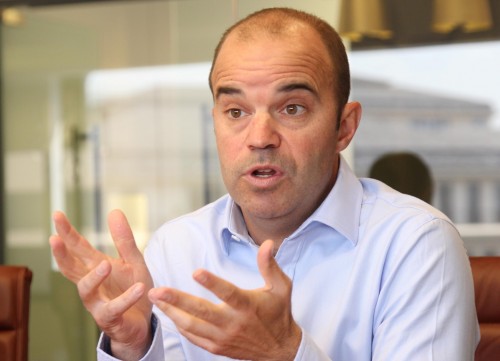 Rand Merchant Insurance Holdings, an investor in South African insurance companies, intends to allocate about $70 million to enable a unit to buy stakes in independent money-managers alongside plans for the division to build its own investment teams.

The resources for RMI Investment Managers will come from a R15 billion ($1.05 billion) fundraising plan its parent disclosed in October, the unit’s chief executive officer, Chris Meyer, said on Tuesday in an interview in Johannesburg. The intention is to build businesses that can challenge the country’s largest overseers of investor funds, he said.

“We’re taking minority equity stakes in existing boutiques to support them and grow them enough to take on the likes of Coronation and Allan Gray,” Meyer said. Cape Town-based Coronation Fund Managers has about R610 billion in client assets, while Allan Gray has R458 billion.

Meyer’s unit, started about a year ago, has already bought stakes in Perpetua Investment Managers, Tantalum Capital, NorthStar Asset Management and Coreshares. It hired Jonathan Myerson, Bronwyn Blood and Vaneshen Naidoo from Cadiz Asset Management to build a fixed income, credit and money-market investment business. Meyer wants stakes in another two or three asset managers and to hire an equity and a multi-asset investment team for the unit, he said.

RMI hired Meyer in September 2014 after appointing Herman Bosman, the former head of Deutsche Bank in South Africa, as CEO of the parent company in October 2013. Meyer previously headed the brokerage joint venture between Rand Merchant Bank and Morgan Stanley in Johannesburg. RMI owns stakes in some of the country’s biggest insurers, including Discovery, MMI Holdings and OUTsurance Insurance Company.

Of the R15 billion RMI is seeking through the sale of debt and preference shares, R5 billion will be set aside for contingencies and opportunities, R1 billion is for Meyer’s unit and R1 billion will be invested in startups. Around R8 billion is earmarked for the acquisition of an insurance-related business on the scale of Discovery or MMI, South Africa’s third-largest insurer, RMI CEO Bosman said in the same interview.

“We look at them all from time to time,” he said. “It all depends on finding the right opportunity. We don’t have one lined up. We’ve looked at about 40 opportunities and we maybe watch five or six from that list.”

RMI was part of RMB Holdings, holding company for Africa’s biggest bank by value, FirstRand, until it was unbundled in 2011. RMI has more than tripled in value since its debut on the Johannesburg stock exchange in March of that year. It dropped 0.52% to R42.41 at the close on Wednesday, valuing the company at R63 billion.