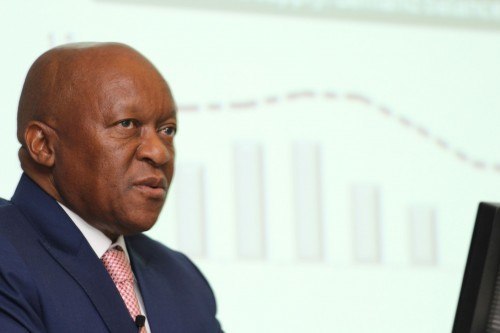 CEO Steve Phiri was probably right when he said these were the toughest (interim) results the company had presented to the market since Royal Bafokeng Platinum (RBPlat) listed on the JSE in 2010.

Of course the company felt the brutal effects of the downturn in commodity markets, with the platinum price 30% lower in US Dollar terms during the period ending June, and 18% lower in rand terms when compared to the prior corresponding period.

But what was particularly galling was the company’s safety performance, which saw two contractors killed in accidents during the reporting period, with another one dying shortly after the reporting period. “We are concerned and frustrated at the progress we are making to ensure zero harm,” said Phiri, who added that the Safety 54 stoppages imposed by the Department of Mineral Resources (DMR) were fully justified. While other safety indicators did improve, these were undoubtedly pyrrhic victories.

The stoppages also had large financial implications for the company. The downtime from the nine Section 54 stoppages imposed by the DMR led to the loss of 14,000oz of platinum group metals (PGMs) or roughly R250 million in lost revenue.

Despite the stoppages, as well as Eskom load curtailments, the company still managed to increase tonnes delivered to the mill marginally by 1.6% to 1.17 million tonnes (Mt). Problems experienced at the mill in the second quarter meant tonnes milled declined by 2.7% to 1.107Mt.

While (falling from 78% to 73% of ore milled), the company is “still endowed with large quantities of Merensky Reef,” which is superior to the lower yielding UG2. The slight increase in milling of the lower grade UG2 led to a decline in the built-up head grade from 4.25 grams per tonne (g/t) to 4.03g/t. The company expects the grade to remain at this level for the rest of the year.

The net result of the factors described above was a 22% decline in revenue and a 5% increase in the cost of sales. The squeeze in the margin meant gross profit was just R8 million. The company swung from a headline earnings per share of R1.16 in the first half of 2014, to a headline loss per share of 60c in the current period. Despite the loss, the company generated well over half a billion rand in cash, and the large majority of capital expenditure was attributed to the development of the new Styldrift mine (expansionary capital).

But the company is cognisant of the environment in which it is operating and has embarked on a programme to cut its coat according to its cloth. “The biggest elephant in the room is the weak PGM price. If the industry does not change, the market will force change upon us, and that will be catastrophic for the industry and the country,” said Phiri.

This means the construction of Styldrift will be slowed down, along with the accompanying capital expenditure, until such a time as PGM prices improve.

“If spot prices continue, we will receive R7.5 billion less over the next five years, and this would put us at risk. We have always wanted to enhance flexibility through our strategy. By doing this we will preserve cash and keep the balance sheet ungeared,” said Phiri.

Thus, Styldrift will only be developed using cash flows from existing operations and revenues generated from on-reef development at the mine. On-reef development can be defined as mining-as-you-build. (A point expanded on by CFO Martin Prinsloo in the accompanying video.)

This is a prudent move by a company that already is in a much better position to weather the storm than many of its peers. “We believe it’s imperative to maintain a strong and healthy balance sheet and prepare our organisation for the uplift in the business when the market improves,” said Prinsloo. Management expects the scaling down of operations at Styldrift will see the group’s cash balance settling at about R1 billion.