‘One of the key issues we need to solve is to appoint the right people to run Eskom.’
By Mfuneko Toyana and Wendell Roelf, Reuters 22 Oct 2019  19:26 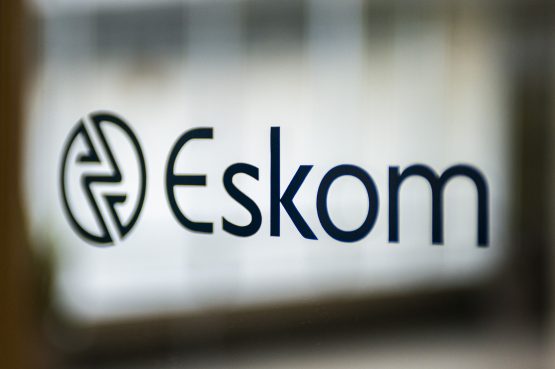 Crisis-hit South African power company Eskom was handed an additional R59 billion lifeline by parliament on Tuesday, prompting criticism from opposition parties who described it as a “blank cheque”.

The special bill passed by parliament to grant the funding was first proposed by Finance Minister Tito Mboweni in July as Eskom struggled to service its ballooning R450 billion debt pile and keep the lights on throughout 2019 as its creaking fleet of coal-fired plants buckled.

Eskom unleashed another bout of nationwide blackouts last week following repeated power cuts in February and March, which dragged the economy into contraction.

Mboweni said in July that Eskom should adhere to strict conditions to receive the bailout, including assurance that it would be used only to service debt and not for operational costs.

The multi-party Standing Committee on Appropriation, responsible for oversight of the bill, failed to agree on the conditions and early in October opted leave the finance minister’s draft bill unchanged.

“The bill as it stands is a blank cheque that will blow up the deficit,” the main opposition Democratic Alliance said on Tuesday, echoing objections of other parties.

Speaking at the parliamentary debate on Tuesday Mboweni did not directly address the matter of conditions but hinted that Eskom’s management would come under closer scrutiny.

“Then we must be in a position to hold that board of directors and management team accountable. The problem at Eskom is not just financial.”

Eskom has been without a permanent chief executive since Phakamani Hadebe resigned in May, citing unbearable pressure.

Hadebe was the 10th CEO in a decade to quit the state company in what has proved something of a revolving door of top executives and board members as treasury and presidential inquiries into graft and mismanagement deepened.

The special appropriation bill will go to parliament’s second house for approval before being sent to President Cyril Ramaphosa for his signature and enactment.

Every bailout is funded by us the taxpayer. We pay for the bailout and again when the electricity prices are raised. At some point the elastic band will not be able to be stretched and will snap.

…or put in differently analogy:
The monthly running cost of one’s originally cheap (coal-fired) DATSUN car, keeps on rising year after year, coming to a point where is will cross and exceed the running cost of a (PV-solar-powered) MERCEDES.

Then the MERC (even if costly) will be cheaper to run compared to the DATSUN.

Money chucked into a blackhole.

Can executive bonuses be far behind? Plus the 13,000 employees they don’t need, it is also ‘their time to eat’.

Is there a civic body that leads for example the Soweto no-pay movement? Or is it just an en masse, non-organized movement?

I would love to see an interview with the leader of the Movement and his/her jurtificatuons.

Dont be a muppet, shows you out of touch.Electricity is a human right apparently. It is not only Soweto that is non paying, it is ALL over the country. DA to ANC councils. High net worth all the way down to poorest of the poor. Those that are paying are subsiding those that arnt. People have been tolerating thier “not paying neighbors” for years so they are clearly fine with it., Im not sure in what country you think you live. You are thinking like a European.

Tito Mboweni: “One of the key issues we need to solve is to appoint the right people to run Eskom. Appoint the right board of directors and a competent management team”
Yes of course. But perhaps first start with getting rid of the circa 20,000 wrong, incompetent and superfluous people appointed at Eskom.

Hi Darwin (Impressively, how did you manage to get certain words to appear in BOLD font in your comment box?) using Win-10.

(I thought perhaps you’ve copy/pasted it from a Word-doc or eMail narrative, after bolden certain words….but it doesn’t work like that on my PC….even slanting words…it just goes to standard text like everyone else’s)

(Your response will save me a tedious google search, or avoid bugging the odd IT contact)

The problem is not with ESKOM. It’s the ANC led Government.

Mmmm all I can say is Ummm! This makes no sense…

Just think. The courts are grossly UNDERFUNDED and thus there are over a thousand unfilled vacancies. The Corrupt Eskom keeps getting multi-billion rand bailouts and yet it is massively overstaffed and it is the epitome of maladministration and corruption. But the government keeps telling the citizens that it is “fighting crime and corruption”.

Victory to the ANC looters.

Not once in any article involving the saving of Eskom has there ever been a mention of cost cutting.

Just a matter of more bailouts to pat those costs.

This bailout is a total disgrace. 100 managers refuse to be vetted(probably due to their wholesale stealing), the company has 10000 + dead wood employees who should be immediately sacked and the dumb taxpayer has to (in substance) fund the shortfall through sky high zero value adding taxes. So the taxpayer is being stolen from and does nothing!

As for the Ministers(Pravin and Tito) giggling in parliament like two teenage girls while the country is about to fall off a cliff. Both are incapable of fulfilling their roles-mediocrity personified.