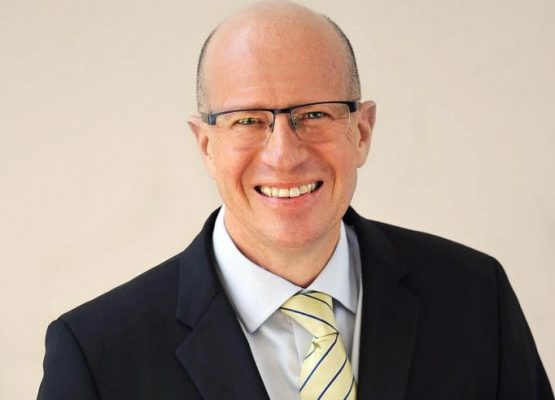 Rory Mackey was serving a three-month notice period, but will now be staying on for an ‘extendable’ period. Picture: Supplied

The fund announced the move in a Sens statement which also stated that MD Rory Mackey, who resigned in May and was serving a three-month notice period, will now be staying on for at least a year. This follows SA Corporate’s announcement in July that its financial director Antoinette Basson, who also resigned in May, had rescinded her resignation.

The two top executives resigned following a spat with Jeff Molobela, the group’s former (now deceased) board chairman. At the time Molobela claimed that shareholders had made allegations of mismanagement against the two executives, however, an independent investigation later found no evidence of this.

SA Corporate’s recent board struggles and poor performance had seen it become a takeover target, with Emira and Dipula officially announcing ‘friendly merger’ bids over the last month.

This came in the wake of the company’s announcement in June that it had received buyout and merger offers from “a number of interested parties”. Moneyweb understands that Investec Property Fund was among other funds also looking to make a bid for the Cape Town-based property counter.

In its Sens statement on Monday it said: “The SA Corporate board has considered the non-binding expressions of interests and has determined that it is not in the best interests of the company nor its shareholders to pursue the implementation of any of the proposals.”

On retaining its MD, it added: “The board is pleased to announce that the company has entered into an arrangement with Mr Mackey with immediate effect, whereby he will continue in his capacity as managing director of the company for one year, extendable by mutual agreement.”

SA Corporate is one of SA’s oldest listed property companies, having been established in Durban in 1997. Its management company was taken over by Old Mutual in the mid 2000s, and in 2009 Old Mutual moved the fund’s head office to Cape Town. With Reit legislation SA Corporate later internalised its property management. Most of its R17.8 billion property portfolio is based in Gauteng and KwaZulu-Natal.

The group’s decision not to enter merger talks effectively means its shareholders have opted to stabilise the company, with Mackey and Basson back at the helm for now. Mackey could not be reached for comment on Monday.

Commenting on SA Corporate, Garreth Elston, chief investment officer at Reitway Global, said: “The in-out-in senior personnel moves at the fund are really not conducive to improving the company’s image in the market, or arguably regaining investor confidence that has been massively impacted over the past few years.”

He added: “The lack of substantive feedback on how the offers from Dipula and Emira were evaluated as regards what’s best for shareholders again does not help.

“SA Corporate now has to prove to investors that it has a clear strategy to deliver value, and that it has a committed senior management team that is on board for the long haul to deliver the company’s strategy. Failing this, the best potential outcome would be a merger or acquisition by another South African listed property company.”

SA Corporate’s share price was down 1.45% at the close of the JSE on Monday.

I would love to know ” where to now”. as a long term SA Corp shareholder i have held onto my shares and seen them fall but i had faith. I have today started flogging the lot. With Emira I saw hope but now I see no future.
Sell sell sell