Born in Cape Town, Luno came to dominate the crypto market in Africa and has now been bought by Digital Currency Group.
By Ciaran Ryan 14 Sep 2020  00:03 Having built a customer base of five million in more than 40 countries since launching in Cape Town in 2013, Luno came to dominate the cryptocurrency market in SA and other countries such as Nigeria.

Last week the company announced that it had been 100% bought by US-based Digital Currency Group (DCG), which has investments in some 160 companies involved in cryptocurrency and blockchain development.

AlphaCode, the fintech investment arm of Rand Merchant Investments and an early investor in Luno, announced that it had sold to DCG having achieved a 25% to 30% internal rate of return (IRR).

Luno was first into the SA market, introducing a million South Africans and five million people across the globe to Bitcoin.

It has since introduced trading in other digital assets such as Litecoin, Bitcoin Cash, Ripple and Ethereum.

SA has one of the highest Bitcoin penetration rates in the emerging world, with nearly 11% of internet users having purchased crypto assets.

This compares with 20% of the UK population, and about 25% across Europe.

Luno was founded by Marcus Swanepoel (CEO), Timothy Stranex, Pieter Heyns and Carel van Wyk, who departed the group in 2019. The existing directors will stay on, helping to implement the next phase of growth, which promises to be nothing short of a financial revolution.

Aiming for a ‘better financial system’

The company says it wants to upgrade one billion people worldwide to ‘a better financial system’ by 2030.

Luno, like many others in this space, sees a vastly different future for money in the relatively near term, where cryptocurrencies and digital assets – including ‘tokenised’ stock exchange shares – become the norm.

Says Swanepoel: “As the industry evolved over the past few years, it became clearer to me that the most effective way to upgrade the world to a new, better financial system – at scale – is by having a company and business model that is deeply integrated across the entire industry and value chain, and importantly also one where these parts are able to maintain their own identity and brand while ‘loosely coordinating’ between one another.

“There is only one crypto company in the world that has managed to lay the right foundation for this, and that is DCG,” says Swanepoel. 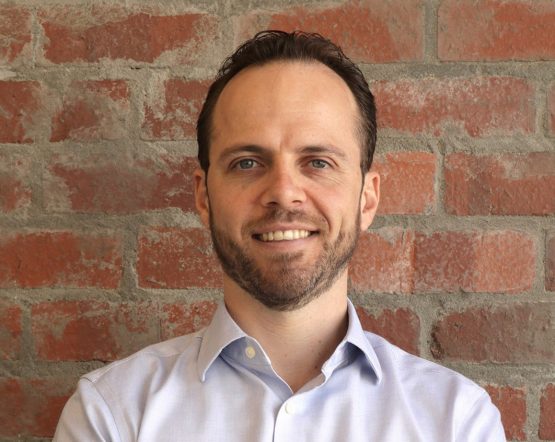 For Luno, as with most crypto exchanges, 2020 was a record year in terms of new customer sign-ups, spurred by the Covid-19 pandemic and fears over the future of money.

“We were launched at a time when people didn’t know much about Bitcoin or cryptocurrencies, so a lot of our early work was educating the public on cryptocurrencies, their risks and benefits. We went from nothing to five million customers in seven years in more than 40 countries, and we [tend] to dominate crypto trading in some of those countries, so it was inevitable that we would attract attention from serious investors.”

Luno is now headquartered in London, with regional offices in Cape Town and Singapore.

No price has been disclosed for the Luno acquisition, though DCG first acquired a small stake in 2014 during an early round of fund raising. Other early investors were Naspers and Balderton Capital.

Like many investors in this space, DCG sees a radically different future for money based around technologies such as Bitcoin, Ethereum and blockchain, and Luno will form a key part of its growth strategy.

Globalcrypto reports that DCG enables its subsidiaries to operate as independent companies, providing leadership, partnership, and investment capital to help scale the businesses.

The Luno leadership team will remain entirely intact and Swanepoel will lead acquisition efforts in his role as CEO.

Reitz says Luno’s future plans include deeper penetration of the UK and European markets, and the US at a later stage. The company recently launched a crypto exchange in Australia, and has a presence in several European countries.

Dominique Collett, head of AlphaCode, says Luno is the company’s first investment exit, and was well within its target internal rate of return of 25% to 35%.

“We have enjoyed working with the Luno team and still believe in the potential of cryptocurrencies and Luno’s solid growth potential. We supported management selling the business to DCG as it is very well positioned to leverage the platform. We wish the Luno team and DCG all the best and will be watching their future success with interest.”

I have yet to find a reason to have a cryptocurrency account and thank goodness Luno has stopped messaging me. I can pay whatever I want instantly on Visa, I can even get ebucks and then I have a month’s grace to settle.

Why on earth would I want a Luno account?

Luno is clearly revolutionary in their thinking. Hats off to Marcus Swanepoel and team and wish you all the best for the next chapter. I just wish I had an opportunity to invest in Luno (other than just buying crypto)….