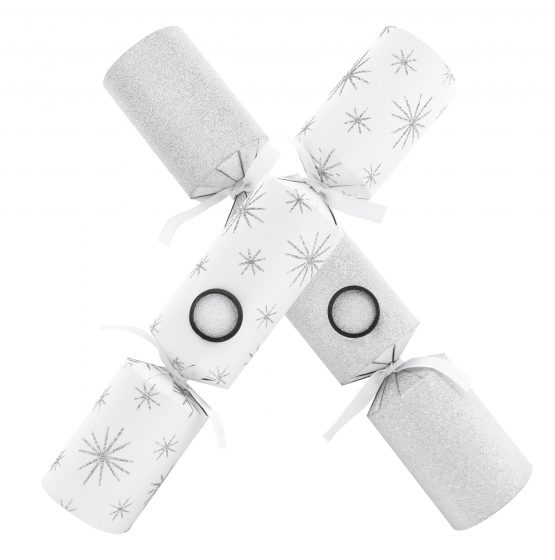 Glenart – a family-owned Christmas cracker manufacturing business based near Ballito on the KZN North Coast, has become the first South African company to secure a lucrative supplier deal with US global retail giant Walmart.

Speaking exclusively to Moneyweb Sean Reber, Walmart’s global sourcing senior director, revealed that the group this week signed a supply deal with Glenart. Reber is in the country with a Walmart contingent from the US, China and Japan visiting several potential local suppliers that are being considered for inclusion in the group’s global supply network. Miles Rasmussen and his wife Candace Rasmussen celebrate as their family-owned Christmas cracker manufacturing business in KZN has secured a multi-million-rand supplier contract with US retail giant Walmart. Image: Supplied Hlengiwe Shozi, one of Glenart Trading’s 200 employees that work out of the innovative KZN-based Christmas cracker manufacturer. Image: Supplied

“We have been to a few cities and towns around the country, visiting several SA manufacturers and producers who could supply Walmart directly. From macadamia nut producers in Nelspruit, to Christmas cracker makers and rooibos tea suppliers in Durban, we’ve seen some sophisticated operations,” he said.

“Our last stop is in Cape Town to see a few potential suppliers there, but we’ve been impressed with what we have seen so far… In fact, we have signed our first deal with Glenart, an innovative Christmas cracker manufacturing company near Durban,” he added.

Reber pointed out the uniqueness of one of Glenart’s Christmas crackers, which caught their attention. “It’s an ingenious Christmas cracker that also has a confetti popper inside, which showers confetti when the cracker is pulled… The supplier contract awarded to Glenart will initially see their products being stocked in some 800 Walmart stores in the US.”

Walmart’s global sourcing team initially had a session with 18 potential South African suppliers in September last year in Johannesburg, when the businesses had the opportunity to pitch some of their more unique products to the Walmart executives. Most of the businesses already supply JSE-listed Massmart, which is majority owned by Walmart.

Glenart was one of the manufacturers from the 18 that received a second visit from the Walmart sourcing team this week. Others included JSE-listed consumer goods group AVI’s Fresh Pack rooibos factory in Durban, as well as its I&J seafood operations in Cape Town; Rhodes Food and Distell in Cape Town; and; Green Farms – a macadamia nuts producer in Nelspruit.

Speaking to Moneyweb, an elated Miles Rasmussen of Glenart says it is coup for the company to gain access to Walmart’s home market. He notes that Walmart’s US operations has some 8 000 stores, so there is huge potential for growth both in the US and even other Walmart locations globally.

“It’s a dream come true … Our company was started back in 1994 by my father out of a loft in our home in Glenart Street, Durban. Never in our wildest dreams back then would we have imagined that we would one day be supplying Walmart, one of the world’s biggest retailers,” he enthuses.

Rasmussen says while the deal is a huge achievement for a relatively small business, compared to some of the other billion-rand JSE-listed companies in talks with Walmart, it is also a daunting.

“It’s great to be the first SA manufacturing company to have secured a direct supplier deal to Walmart’s global operations, but we now have our work cut out for us to prove ourselves in the US market. This opportunity is huge for us. It is not only going to have a huge positive impact on our business, but the local community in Shaka’s Head (near Ballito) where most of our 200 workers come from,” adds.

Glenart’s operations are now based out of its 3 000m2 factory on the KZN North Coast. The business makes a range of Christmas crackers, which are sold to most major SA retailers as well as small independent chains. It has also been exporting to a few countries in Europe for several years now.

“We export to the UK, France and Germany. In the UK, premium retailer John Lewis stock our Christmas crackers, amongst others; however, the Walmart deal will represent our single biggest export contract yet,” says Rasmussen.

“Coincidently, our patented confetti-popping cracker dubbed Crackertoa, which is our main export product to Europe, is the line that Walmart wants to stock. Another interestingly fact is that the first major SA retail chain to stock our products many years back was Makro, which is part of Massmart (majority owned by Walmart),” he points out.

That’s a cracker of a deal!

On a more serious note, a christmas cracker product is extremely seasonal. What do they produce the rest of the year?

Any party can do with a cracker. But they are hellish expensive!

they need the rest of the year to produce enough crackers for Wallmart.
If each store in the US just orders one box they have to produce 80000 boxes.
This is the single biggest challenge for companies supplying Wallmart.

The math does not add up. 200 employees and 80000 Walmart stores. I used to shop at a Walmart store in Calgary in Canada: they turned over the whole store stock 3 times a month. Every single item. There is now way this supplier will make enough crackers even if it only sells in December. But good luck to them anyway I sincerely hope it works out.

The article clearly states that, although there are 8,000 stores, they will only supply to 800 stores, initially. Wallmart is clearly giving them an opportunity to prove themselves by starting small and allowing them to invest in further capex and additional employment thereafter, so even if they order just one case per store, you are talking 800 cases. Let’s say the group orders 10 cases per store, we are talking about 22 cases a day that need to be manufactured if the factory runs 365 days a year. Hardly a challenge, don’t you think? As for turning stock 3 times a month, yes, that is correct, but remember this is seasonal and the stock will be ordered and distributed via their DC(s), thus it makes no difference if the crackers, in all fairness, will be shipped once off. Do know though, that Wallmart is extremely sticky with time windows, that I know. You miss one day and they reject your shipment.

We have a proud heritage of companies that started in SA and are now considered international players eg. Naspers, MTN, Standard Bank etc.

If it were to create even a few jobs it will make a social difference to people which is why business should exist.

I am extremely proud of this company. Walmart is a truly global player. Lets all wish them well!

And the pollution carrieson and on.

The risk for our local companies are of course that, once Wallmart have tested the market with these innovative crackers, and realise it sells well, they will simply send a sample to China and have it manufactured there – cheaper, by one of their other long standing supplier partners.

Therefore, our honorable minister of T&I’s work is not done yet, as he needs to ensure he negotiates that there are no import tariffs for these new categories of imports to the US.