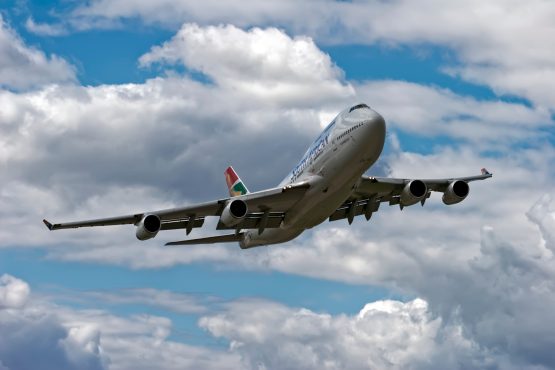 Ninety-five percent of creditors voted in favour of the extension. Image: Shutterstock

An overwhelming majority of South African Airways’ (SAA’s) creditors have voted in favour of extending the deadline for an outstanding condition to be met before the airline’s rescue plan can come into operation and be fully implemented.

In a creditor’s meeting hosted by SAA business rescue practitioner Siviwe Dongwana on Friday, 95% of creditors voted in favour of an extension to the fulfilment of condition deadline, which is now July 27.

The meeting came after creditors, who are owed R16.4 billion for loans extended to SAA before and after business rescue commenced, were unhappy with a guarantee confirmation letter confirming that their claims will remain valid until they are paid back in full.

The government had already appropriated money to pay the R16.4 billion for the government-guaranteed debt and interest but final details on the letter were not finalised in the engagements between the lenders and National Treasury by the stipulated July 22 deadline.

No one to blame

“We have all never been here – [this] SOE being the first state-owned entity to have gone into rescue. There are a number of issues that we have all found out as we proceed with this process,” Dongwana told creditors.

Without giving any details the BRPs said that government, the BRPs and the lenders are locked in a meeting where they are discussing one outstanding issue, that will be finalised “in the next few hours”.

Read: SAA rescue not yet out of the woods as BRPs schedule creditors’ meeting

The BRPs stressed that no single party is at fault for this delay, but rather the legal framework that is being put together is a novel one and “required a little bit of an adjustment in the way of thinking and doing things”.

Should the outstanding condition not be met by July 27 another meeting will be convened on July 30, where creditors will again consider amending the plan.

With unending fees to the BRP’s …

That was a shocking outcome – NOT!

The IN IT TO THE HILT banks voting for their money back, also a big surprise – they want more jam with guarantees down the road.

Finally the balance of creditors are just passengers – the one exception is COMAIR, i am not sure how they voted, but expect for that much money, they would have also given it the thumbs up (voting against it would have made no difference, other than the principle and potential further prejudice down the road) – knowing full well government is going to chuck money at this issue, why not be on the receiving end of some LUTHULI HOUSE candy.

That 1 outstanding ‘issue’ is undoubtedly, funding.
Which is hardly a minor issue to deal with in the grand scheme of things…and it won’t be resolved regardless of how many delays and meetings are held going forward.

No, not funding. To settle the guarantees to DBSA and banks was provided for in the emergency budget.
It’s about how and when the guaranteed debt referred to above will be paid (settled) untill it’s ALL settled – not just some of it.
It means the banks are taking no chances and want it in black and white. (Can’t blame them; in the case of tenders and work getting done in terms of large contracts, all government does lately to get out of the contract is to declare a fictitious dispute in order to cause delays. Hence many private businesses have become wary to do any government work. Equally it seems the banks are scared they don’t get all their guarantees for SAA paid, hence the delay by the BRPs. They probably love it – it all helps load their invoice!

Yes it’s now confirmed in the Sunday Press the delay is indeed about the guaranteed loans being paid to the last penny to the banks; the HOW and WHEN.
The banks are protecting their portion which was allocated in the emergency budget by insisting it gets ring-fenced – that way the money doesn’t get sucked up in a liquidation process.
Hopefully the banks never touch an SEO again with a loan!

Besides Gauvament… who else are the major creditors? the big 4 banks???

ok, So what happens to all the cash that government has given SAA over the years?

How is this recorded?

When government bails out a SOE/SAA does it mean that this money is a one way cheque?

Perhaps SAA should wait until a new Govt Rules RSA : Just imagine if its the EFF : we will flying Taxis !!

So the SCAM continues ….. awaiting more taxpayers’ money no doubt.

Of course they happy for an extension, as an SAA creditor you getting nothing back if someone doesnt bail them out, kicking an empty rusty can down the road. If the ANC spent as much time finding “solutions” for Covid affected cigarette, alcohol and restaurant/tourism industries as theyve done on SAA the world would be a better place.

Why can this not be finalised Monday 27 July! It can’t be too complicated; it’s budgeted for in the emergency budget. The last payments on guaranteed loans will probably fall due in 2021 and year after; the only hitch must be that Treasury fears no money available that far down the line. Maybe Tito’s zero-budgeting method will have kicked in, or perhaps the fear is that by then it’s the IMF, not Tito, who decides what gets paid…