Non-executive directors with ‘academic, financial, legal and aviation experience’ will oversee the restructuring of the airline.
By Thando Maeko 10 Dec 2020  00:01 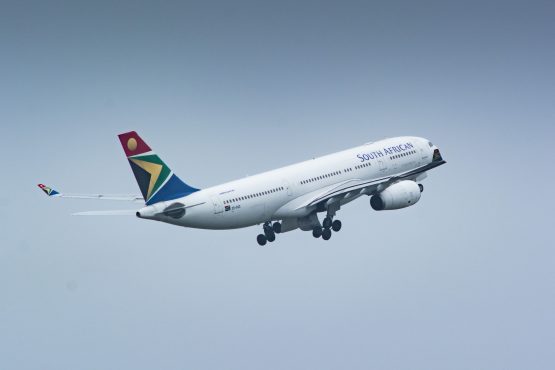 The national carrier is preparing to relaunch next year. Image: Waldo Swiegers, Bloomberg

A year after South African Airways (SAA) was placed under business rescue, Minister of Public Enterprises Pravin Gordhan has appointed an interim board for the national carrier.

The long, drawn-out rescue process has seen various executives resign from the airline, with the latest being former board chair Thandeka Mogoduso in October.

The Department of Public Enterprises (DPE) said in a statement on Wednesday the new appointments enhance the independence and balance of the board, while “continuing the process of transformation”.

Described as combining “academic, financial, legal and aviation experience” the board is expected to “bring a new perspective” as the national carrier prepares to relaunch next year.

Five of the six non-executive directors are new appointments:

Geoff Qhena (chair), is a chartered account and former CEO of the Industrial Development Corporation.

Peter Tshisevhe, who has been retained from the previous board “to provide continuity”, is a mergers and acquisitions lawyer, a director and partner at TGR Attorneys, and a part-time lecturer at Wits University Law School.

June Crawford leads the Aviation Working Group of the SA Business Council and is deputy chair of the Tourism Council of SA. She is a former CEO of the Board of Airlines Representatives of SA, and a former director at Air Traffic and Navigation Services.

Bembe Zwane, a former executive at Imperial Logistics and Equity Aviation, is part-owner in an aviation training solutions provider, a car rental business and an aviation logistics business.

Professor Edna van Harte is former dean of the faculty of Military Science at the SA National Defence Force’s military academy at Saldanha Bay, former chair of the Defence Service Commission, and has served on various boards and commissions.

The DPE said the board will “restore proper governance and oversight of the airline during the implementation of a business rescue plan”.

The board will begin its work with immediate effect, according to DPE spokesperson Richard Mantu. The six have been appointed for an indefinite period.

SAA remains under the care of business rescue practitioners Les Matuson and Siviwe Dongwana. Mantu says the board will not be interfering with the rescue process but will oversee the restructuring of the airline as it seeks an equity partner and tries to return to profitability.

Once a strategic equity partner for the airline is secured and a “new SAA” emerges, the interim board might be replaced, Mantu said.

“The new airline will be run in a professional and sustainable manner to support key economic sectors – including tourism, trade with the continent, the local aeronautics industries and local service providers,” the DPE said.

SAA, which has not made a profit in a decade, was allocated R10.5 billion in October’s Medium-Term Budget Policy Statement to finalise its rescue process. In November the DPE disbursed R1.5 billion to the airline’s rescue practitioners, which is expected to be used for the payment of employee salaries.

Matuson and Dongwana have however said that they are unable to use the funds as the conditions attached to them are in contravention of the Labour Relations Act and Chapter 6 of Companies Act.

The airline is therefore “unable to utilise the funds until the conditions have been amended by the DPE”.

Earlier this month the DPE urged labour unions to accept a settlement offer in order to finalise the airline’s business rescue process.

The settlement offers employees who signed voluntary severance packages in August three months’ salary rather than eight months’ pay. Employees have not received any pay for the past eight months.

Employees who accept the offer will forego any benefits, including pension fund contributions, Unemployment Insurance Fund contributions, and benefits in terms of the Covid-19 Temporary Employer-Employee Relief Scheme.

Full payment of outstanding salaries ‘cannot be acceded to’

The DPE has accused some unions of “deliberately undermining” the airline’s rescue process, saying “some unions demanding the full settlement of outstanding salaries cannot be acceded to”.

The department has described its offer as “fair and equitable” despite employees having to forego five months of salaries.

Read: The NPA should investigate the allegations against Dudu Myeni

The settlement offer by the DPE follows the signing of a collective agreement between the airline, the National Transport Movement (NTM), the NTM Management Forum, the Aviation Union of Southern Africa (Ausa), Solidarity and the South African Transport and Allied Workers Union (Satawu). The agreement details a new conditions-of-employment agreement with the airline.

The National Union of Metalworkers of South Africa (Numsa) and the South African Cabin Crew Association (Sacca) have however snubbed the deal, calling for the airline to renegotiate the terms.

The new conditions of employment agreement is in line with the SAA business rescue plan, which calls for a drastic reduction of costs, including labour costs, to ensure the viability of the airline.

NTM president Mashudu Raphetha says that signing the new conditions of employment will save around 1 347 jobs at SAA and ensure that the airline maintains a “healthy wage bill”.

Employees who have signed the new conditions of employment have agreed to forego all employment benefits such as pension funds and medical aid payments.

Raphetha told Moneyweb that SAA is expected to save an estimated R2 billion from its reduced wage bill.

Shuffling the deck chairs on the Titanic.

Yip, I hope and trust these guys know how to ride a dead horse…

another one, fat packages and in a years time…….

How crazy is this, management is getting 100% salaries while staff are only getting 25%, shouldn’t it be other way round?? In the light of this there have been an unprecedented number of promotions to management level, all being funded by our hard earned tax rands

More on the payroll, no income. Good socialist sence!

When will we stop hearing about SAA?
Close it down.

Why are we paying for something that will never fly again?

Why am I paying tax for SAA?

Why must I go to work everyday to pay for SAA?

Board is far from inspiring. Much improvement needed.

Maybe we should all apply for a SOE Business License, then we can operate inefficiently, get bailouts whilst receiving fat cat salaries.

……… the members of Parliament have to get their free tickets.

So at least one more failure to come.

Seems like Govt did not pay attention to the DAVOS 2020 interview with CNN’s Richard Quest.

The real solutions have been clearly provided:

“…politicians to HANDS OFF the airline!”

” … appoints interim board.” I seem to have heard this refrain on numerous previous occasions only to hear later of the usual crash and burn scenario being played out over and over in the SOE’s.

For a start, I look forward to the ending of any preferential fares for state officials and that they will pay the same as any SA taxpayer.

No “white” males I notice – just like the global agenda wanted!

There is no better saying than the one in Afrikaans… “Hulle gaan hulle name gat maak”.