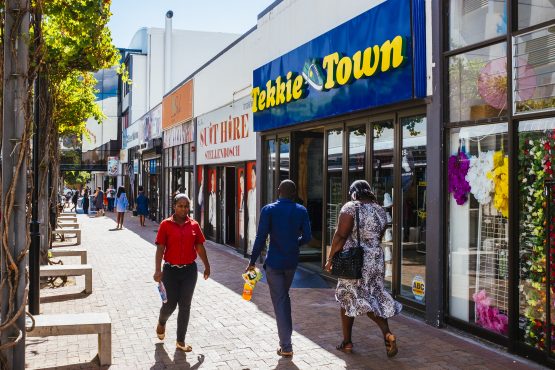 The directors of Steinhoff Africa Retail (Star) have alleged that former Tekkie Town executives conspired to sabotage the operations of Tekkie Town following the failure of negotiations to acquire the discount footwear retailer out of Star.

The allegations are contained in a 105-page affidavit attached to an urgent application to interdict the executives from accessing or interfering with Tekkie Town’s IT systems and to prevent them from making use of any data or intellectual property they may have copied off the Tekkie Town system.

The application to interdict them is supported by an affidavit made by Werner de Bruin, who has worked as a business intelligence developer at Tekkie Town for eight years. De Bruin was part of the group of senior management that resigned en masse on Monday June 18, citing irreconcilable differences with the Star executive. According to De Bruin’s affidavit, Van Huysteen guaranteed his salary and that of the other senior managers. Van Huysteen has apparently created a trust from which salaries will be paid.

The events that followed the walkout, as described in the affidavit, are dramatic and Star’s legal counsel has recommended that they be referred to the National Prosecuting Authority.

Tekkie Town former CEO Bernard Mostert could not comment when contacted by Moneyweb, because their legal counsel had not yet briefed them. However, he noted that the affidavit is one person’s story and there are parts of the story that are not in the affidavit.

While this was happening, an increasingly desperate Star management team was trying to shore up relationships. At one point all of those who had resigned were told to retract their resignations because Star CEO Leon Lourens and Mostert were ‘working on a plan’.

The plan, according to the affidavit, did not come to fruition because the parties could not agree on a price. Tekkie Town executives offered R2 billion, while the Star executive wanted R3.8 billion, the multiple paid.

At this point, it is alleged, the so called ‘rogue’ group of ex-Tekkie Town executives planned to take down the point of sale system across the group’s 350-odd stores and interfere with the EFT card system, meaning no card payments could be made. The result would have been chaos.

According to his affidavit, De Bruin was growing increasingly uncomfortable with his role in cloning IT systems and with the plans to interfere with the running of Tekkie Towns systems.

“I did it [executed the plan] remotely, from his [Willem Wait’s] hotel in Johannesburg. But I put in a failsafe: first I backed it up on my personal computer, and set it up on the job so that if it was to run it would only affect three stores, by way of filters,” De Bruin wrote in the affidavit.

At this point he was recording conversations, he says. These have been transcribed and are included with the court documents.

“I have assisted Tekkie Town/Star ever since.”

Judge Justice Gamble granted the interdict on Friday afternoon. The respondents will have the opportunity to present their case and argue why the interdict should not be granted on or before July 31.

I’ve said it before and say it again. Good riddance to van huyssten and his ilk. They are no better than Jooste and whoever conspired with him. Only care about themselves, despite the millions they have in their bank accounts. To hell with everyone else, and all the innocent staff who may suffer due to their actions. Bunch of p@&$ck’s.

I don’t know Van Huysteen or any of the players – but disagree with your comment.

Jooste’s promise is the basis for this chaos, and he is MIA (doing a deal with the NPA).

My grandfather told me: there are three sides to every story: Mine, Yours, The Truth.

I read “They are no better than Jooste ” doesn not sound as if he ‘only’ blames Van Huysteen..

My view, “It takes a crook to catch another”

The ex Tekkie Town exec team is unethical with zero shame or morals. They are no better than Jooste. In this entire matter it makes no sense that van Hyssteen claims he has only known Jooste since 2015. If such is the case then why would van Hyssteen sell his business “on a hand shake” to someone he hardly knows? the R3.2 billio Steinhoff / Jooste paid for Tekkie Town makes no sense either. With no assets how does one get close to such a price for Tekkie Town? Van Hyssteen owes over 50 racehorses with Jooste. One only needs to look into the individuals linked to entities associated with Steinhoff / Jooste over the past 10 years and it will become very clear that Steinhoff is / was a ponzi system / a front for horseracing for sole benefit to Jooste and his “mates”.

These Tekkie Town boys are a bunch of sore losers! The fact is ±1 year ago, it sounded like a good idea to become part of the Steinhoff empire. Magic Makus probably promised them that “by the end of 2018 the Steinhoff share price would hit R300.” But then Steinhoff crashed and now they want to unscramble the egg. I understand that why they want out, but the fact is they have signed on the dotted line and agreements must be honoured! Clearly, signing an agreement means nothing to them. I wouldn’t want to do business with them.

Couldn’t agree more. They bought the bs that Jooste sold them and now want to cry foul. And what irks me more is that they ran to the media at every turn to try and make this circus even more famous to benefit their own cause, while star shareholders have seen all these stories hit the share price. I don’t feel a thing for the tekkie town fools. they tried to hold Star to ransom…. it didn’t work and they were chucked out. When you take a gamble and lose… live with it …..

I agree with the previous sentiments ….
This sort of behavior is reminiscent of the Zuptas – win at all costs to enrich yourself, bugger those that will suffer in the meantime.
It’s disgusting and unethical and the sort of behavior that has trashed South Africa’s political and economic reputation.

The end does not justify the means. Especially if what you are doing is illegal. How to go from hero to zero in 3 easy lessons…!

You are so right, i hope you practice what you preach

Where are all the Van Huyssteen fans now?

This guy proves he is no better than the people he is fighting against.

“You reap what you sow”. I used to work for TT. The management team treated their people badly. Overworked and underpaid! They made promises they did not keep, they made commitments they did not keep, and the consequenses to them was zero, but people lost a lot of money. They never looked after their staff when they worked for them, why will Braam look after them now, out of his own pocket? They have been caught in a lie (100 employees walked out by own choice – NOT,) and fraud (been paid 12 mil for rent without declaring it )! If I was Steinhoff I would have a GOOD look at their books again, as well as checking out their “suppliers”. If Markus Jooste was Braam’s “buddy, why did he not warn him? Where is Markus Jooste’s wing MEN? Someone need to delve into this rabbit hole, there is much more “carrots” in that hole – I think! I feel sorry for their families though! Turn from your wicked ways and choose life, the life in Yeshua Messiah!