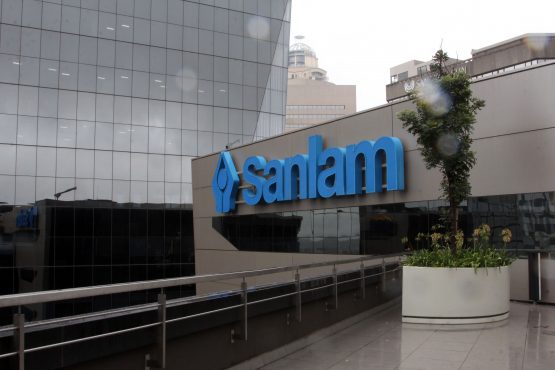 A few hours after the publication of the results for the six months to June, media headlines trumpeted either that Sanlam performed poorly during the extremely difficult period, or that the insurance and financial services group actually posted good profits.

A look at the income statement and management’s comments allude to the more optimistic view, while the immediate reaction of investors pushing buttons on their computers linked to the JSE trading platform suggest that the more sceptic commentators might be right.

The share price lost a few percent by late afternoon – more than the weakness in the general market justified. On the other hand, the share did do a bit better relative to the market during the last few weeks.

Looking at the figures could support either view, because there are a lot of figures to choose from.

The formal announcement of the results runs to 126 pages, including all the statutory information, notes to the financial statements, segmental analysis, accounting policies and blue graphics.

A few figures stand out to support the optimistic view.

Sanlam reported that things went well in the first two months of 2020, despite the weak economic environment. Management reported that product sales and new inflows of investment funds, which is the lifeblood of a life insurer and asset management business, performed better than expected.

Sanlam performed well in terms of new business volumes (increasing by 40%) and net fund inflows (increasing to R33 billion compared to R23 billion in the comparative six months), despite the disastrous effect of Covid-19, which “abruptly transformed the operating environment into one of the most challenging periods faced by the group”, according to CEO Paul Hanratty.

Sanlam published two sets of figures in an effort to quantify the unusual effect of the global health crisis.

The income statement excluding the extraordinary effects of Covid-19 shows that the underlying businesses performed well and that operating earnings would have increased by 17% to R5.9 billion and attributable earnings by 40% to R5.76 billion in the first half of the financial year.

These figures show good growth in all underlying business segments, but Covid-19 happened and the financial effects cannot be ignored.

The ‘real’ income statement – which includes all the costs, provisions and impairments – tells a different story. Suddenly, earnings from all the group’s businesses declined significantly in comparison to the first half of the previous financial year.

For instance, Sanlam’s share of earnings from subsidiary Santam declined by 21% when taking into account all pandemic costs, while the more forgiving figures had it increasing by 112%. The difference is in Santam’s provisions for the potential payment of business interruptions claims, which management described as a “very uncertain number”, but hopefully limited to R1.2 billion.

The biggest change in Sanlam’s figures is in the earnings from Sanlam Investment Group, which declined by 77% to R127 million instead of the slight increase to R681 million – a difference of more than R550 million between the two sets of figures. Source: Sanlam interim results for the six months to June 30, 2020

This is significant when looking at Sanlam’s figures and prospects. This figure is largely driven by the state of financial markets and could show a quick recovery from a specific date.

Management confirmed that the figure reflects the situation in the markets at a specific date, saying that it represents a mark-to-market figure rather than realised losses. Accounting principles force companies to record it as a loss.

But the big figure that scared investors and commentators slipped into the income statement a few lines lower: Sanlam raised impairments of R7.7 billion against investments, anticipated losses, bad debt and lower asset values as a result of the effect of the Covid-19 pandemic.

The end result of these impairments is a loss of R4.3 billion for the first six months of the current financial year against a profit of R4.7 billion a year ago.

Against the background of conflicting figures, Hanratty adds that the operating environment will remain challenging for the rest of the year.

“The eventual outcome of Covid-19 is subject to significant uncertainty,” he warns. “Pressure on new business volumes is persisting as restrictions on the movement of people remain in force in some of our markets.”

This is aggravated by deteriorating economic conditions and rising unemployment, which are eroding disposable income and the ability of people to affordability financial products.

Overall, Sanlam predicts that sales, claims and credit risk would probably all trend negative for the group during the rest of the year.

Simply not a company that I can trust.

Too much dead wood from decades ago.

The real results does not make good reading but then again we need to read this in conjunction with it’s peers – Liberty OM Mommet (whose results were equally disastrous).

Legendary Saffa company who provide jobs for many. Long Live Sanlam.
I need my monthly pension.

Definitely over provided on impairments. IFRS adjustments is the biggest scam since Enron and Steinhoff! Next set of results should be good…

“The end result of these impairments is a loss of R4.3 billion for the first six months of the current financial year against a profit of R4.7 billion a year ago.” So one wonders how much more will be lost before year end.

Tautology is saying the same thing twice in different words, usually in an attempt to disguise the truth. “These are the facts, and if you don’t like them, well, I’ve got other facts!” Groucho Marx.

The latest euphemism for we lost money – impairments, is as tedious as ‘at this point in time’