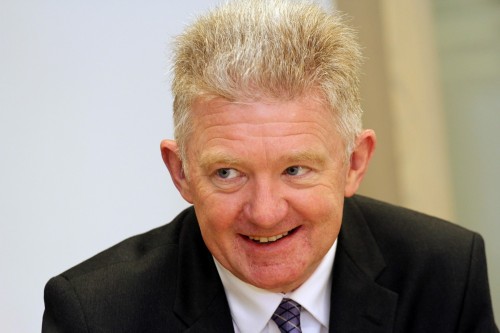 SAHAM is said to be the market leader in most of the 26 countries in which it operates across North, West and East Africa as well as the Middle East. Junior Ngulube, chief executive of Sanlam Emerging Markets (SEM) said the transaction was in line with Sanlam’s strategy to become the leading insurer on the continent and that it would give it an ownership footprint in 19 additional countries while broadening its presence to 33 countries. “It makes us the ‘go to’ partner for multinationals who are operating across the continent as well as intermediaries of brokers. In addition, we are also becoming the preferred partner of international insurance groups who do not have a footprint in Africa.”

The deal, equivalent to around R12.5 billion, is the largest insurance transaction on the continent and second-largest in financial services, after Absa bought Barclays PLC’s African operations for R18.3 billion in 2012.

At a price/earnings (P/E) ratio of in excess of 20x, Sanlam is paying a premium for SAHAM. According to Adrian Cloete, a portfolio manager at PSG Wealth, the premium is justified given the quality of the business and its exposure across the continent. “This puts them years ahead of other competitors in Africa.”

Ian Kirk, Sanlam group chief executive, said the insurance group would work to deliver on its “Cape to Casablanca” footprint within a limited window of opportunity. “We work in a very competitive environment… We can’t spend forever to build out this unique positioning because competitors will watch what we do, get to understand it and try to emulate it. We have a very short period in time to get into this [leading] position.”

Despite the hefty price tag, Sanlam has said it will not affect future dividend pay-outs. “SAHAM is well capitalised, it has sufficient capital and we will drive up the cash operating earnings and the dividend payment to tally up over a period of time. We’d had that discipline in Sanlam operations over many years and we will introduce that discipline in the group,” Kirk said.

Sanlam increased its dividend by 8.2% to R2.90 per share, as its results for the year-ended December 31 2017 largely beat expectations.

It reported an 18% increase in normalised headline earnings per share (HEPS) to 408 cents, around 1% higher than higher than market consensus.

Kirk said the group was pleased to report solid results amid a challenging economic and political environment, particularly in its home market. It expects the recent positive political developments in South Africa to render an improved operating environment and provide some impetus for growth especially in its Glacier and Sanlam Investment Management businesses, which suffered as investor confidence tanked in 2017.

“It has good solid prospects. It is not going to be wildly exciting but it is the sort of stock that should be in a long-term well-managed portfolio and forms one of the foundations of that [portfolio],” said independent analyst Ian Cruickshanks.

Read or listen to Ian Kirk’s radio interview on SAfm.

I sincerely hope that this is not a reckless acquisition. As a layman without all the facts, it’s feels like a knee jerk reaction to declining South African opportunities. Brave men are needed in dangerous times so perhaps this is one of those moments, but we’ve seen too much shareholder value destruction recently to feel confident in this announcement. Just my opinion.

Sanlam has made very good and profitable acquisitions in the past and these were mostly in developing countries in contrast to Old Mutual that tried to compete in develop markets and failed dismally.

This is reflected in the share prices. When Old Mutual demutualised in 1998 their share price was R13 compared to Sanlam at R6 also in 1998.

First and foremost they paid FAR to much for a shithole company, the other arguments are irrelevant. LOSERS