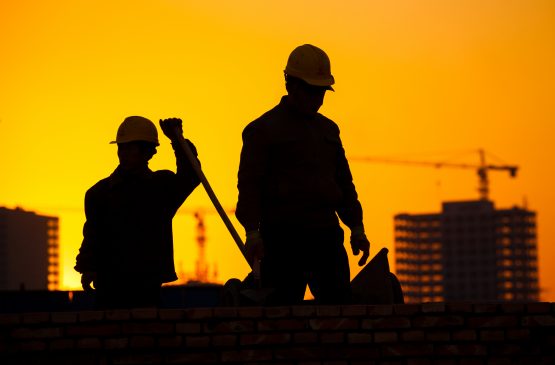 Sanral has not received any legal claims related to the cancellation of five strategic projects. Image: Shutterstock

The Development Bank of Southern Africa (DBSA) has been appointed to act as the South African National Roads Agency’s (Sanral’s) infrastructure procurement and delivery management support on the five strategic projects worth R17.4 billion whose tenders were cancelled in May this year.

Sanral cancelled these adjudicated tenders due to a material irregularity in the tender process.

Read: Sanral cancels R17.47bn in adjudicated tenders
Listen/read: Sanral on why more than R17bn in ‘priority project’ tenders were cancelled

The agency confirmed in May it had decided to secure the assistance of an independent public institution with infrastructure procurement expertise, to assist with the process of getting the five tenders advertised, evaluated and adjudicated for recommendation to its board and to award these tenders within four months.

Sanral board chairperson Themba Mhambi said on Thursday that in fulfillment of the commitment that it would conclude that process in four months, Sanral is today announcing the material and substantive beginning of that recovery process with the appointment of the DBSA as its infrastructure procurement and delivery management support on the five strategic projects.

Sanral acting CEO Lehlohonolo Memeza said the anticipation is that the tender awards for these cancelled projects will be made in September.

Transport Minister Fikile Mbalula said he is pleased Sanral’s board has moved with the necessary speed to address the due process lapses, with a clear plan on how to finalise the award of these tenders within the shortest possible time, given the strategic nature of the affected projects and their importance in giving momentum to economic reconstruction and recovery.

“We have traversed a hard road in the aftermath of state capture and irregular award of tenders in some of our entities, and acts of downright malfeasance in others, which include Prasa and Acsa.

“The efforts to restore the integrity of our institutions and rebuild the hollowed out capacity has been painstaking at best.

“The hard lesson we have learnt from this ordeal is to remain vigilant and stop creeping lawlessness, greed and corruption dead on its tracks,” he said.

Read: Sanral unsure of corruption in adjudication of cancelled tenders valued at R17.5bn

Mhambi said it had chosen the DBSA because it was not involved in the design, cost estimation and tender documentation stages of the cancelled projects and there is absolutely no conflict of interest on its part, which was fundamental in Sanral’s thinking.

“This should reassure all interested parties and the public about the integrity and the independence of the new procurement processes for their projects.

“DBSA’s profile and record in regard to matters of this nature speaks for itself and they do not need me to be their cheerleader,” he said.

Mhambi said Sanral’s board had met the first part of its deadline with respect to its recovery plan for these projects, which related to governance.

He said the operational part must follow and that responsibility has been entrusted “to those who get paid at Sanral to run the operations of the organisation”.

Memeza said that once the tenders are awarded and Sanral’s project managers and consultants begin to supervise contractor performance and project delivery, the DBSA’s role will change to project oversight on behalf of the board, with regular reporting to the board to ensure that these projects receive ongoing board monitoring and support.

“Our procurement and implementation plan for these projects is therefore well and truly back on track, and we wish to reassure the nation that it shall be executed meticulously and with the independence and integrity required.

“We call upon the industry to join us in running an impeccable process whose results shall be in the best interest of Sanral, the industry itself and the country, as we jointly deliver on our road infrastructure development mandate and commitment to the nation,” she said.

Memeza said the planned timeline for the execution of the operational phase of the work is:

“All the interested parties and service providers are therefore advised that they should be on the lookout for these tenders during the month of July because that is when the adverts will be out,” she said.

The adjudicated tenders that were cancelled in May this year were:

Mhambi confirmed on Thursday that Sanral has not received any legal claims related to the cancellation of these tenders and the cancellations will result in these projects being delayed by four months.

The creeping lawlessness, greed and corruption is called ANC.

Gotta luv Dear Fikele … “The hard lesson we have learnt from this ordeal is to remain vigilant and stop creeping lawlessness, greed and corruption dead on its tracks,” he said. Who has been on the band wagon since his days in the yoof league.

If anyone is wondering why SA is sliding deeper and has slid into the morass, just Google the backstories on this lot.