Industry is less confident – although it would be a life raft for the floundering sector.
By Roy Cokayne 6 May 2020  00:01 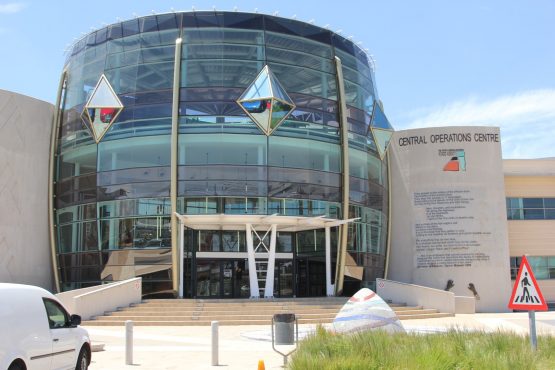 Sanral has confirmed that 23 of the tenders issued in Q4 last year and subsequently awarded will commence under the Level 4 lockdown regulations. Image: Moneyweb

The South African National Roads Agency (Sanral) has awarded 23 of the 147 tenders it issued in the fourth quarter of 2019, with an estimated value of more than R6 billion, and anticipates that all these projects will go ahead unless its budget allocation is changed.

Sanral spokesperson Vusi Mona also confirmed this week that National Treasury rejected its submission for permission to negotiate with previously prequalified but unsuccessful bidders to complete the Mtentu Bridge contract, which forms part of the N2 Wild Coast Road project.

Mona said Sanral is preparing to re-tender this project.

A joint venture (JV) between Aveng Grinaker-LTA and European-based Strabag won a R1.6 billion tender in August 2017 to build this bridge.

However, Aveng reported in February 2019 that the JV had lawfully terminated the contract following a force majeure event after civil unrest, commotion, protests and threats of harm resulted in the JV being denied access to the site and the ability to safely continue executing the project.

Sanral CEO Skhumbuzo Macozoma subsequently claimed the JV abandoned the contract, with the North Gauteng High Court in March last year ruling that Sanral could claim damages for the contract.

Aveng is appealing this court ruling.

Aveng group CEO Sean Flanagan said in February that the company is still waiting for a court date for the appeal to be heard, adding that the major issue is the performance bond. The bond has not yet been paid out.

Grinaker-LTA was acquired by the Laula Consortium from JSE-listed Aveng in December, but is not involved in this dispute.

The issuing of the tenders followed Sanral in August 2019 reporting that it would issue tenders to the value of more than R40 billion to the construction sector over the next two to three years.

Louw Kannemeyer, engineering executive at Sanral, said at the time that Treasury had allocated about R21.5 billion a year for the maintenance and improvement of Sanral’s 19 262 km non-toll network, which would go towards a total of 940 projects, of which 325 were already under construction.

Kannemeyer said the new projects would include about 90 major capital works projects larger than R500 million each, which would go out to tender during the three-year medium-term period.

He added that tenders to the value of R8.3 billion for construction work on the N3 between Durban and Pietermaritzburg would go out to tender during the 2019/2020 financial year and be financed through the infrastructure stimulus package announced by President Cyril Ramaphosa in 2018.

This included seven major tenders on the N3, which would be issued within the next three months once the regulatory approvals had been received and land acquisition finalised, he said.

Kannemeyer added that Sanral would also issue smaller tenders related to routine road maintenance and periodic maintenance across the entire Sanral network and in all nine provinces, with more than 50 tenders released in a controlled manner so the market is not flooded.

Mona this week was cautiously optimistic about the balance of the 147 tenders not yet awarded proceeding.

“Unless the adjustment budget to be tabled by the minister of finance makes significant changes to Sanral’s allocation, all these projects will go ahead,” he said.

A revised budget has to be tabled in parliament by Finance Minister Tito Mboweni because of the R500 billion coronavirus (Covid-19) relief package announced by Ramaphosa last month.

Ramaphosa said the R500 billion relief package will include the reprioritisation of about R130 billion within the current budget.

David Fraser, executive chair of Peregrine Capital, said there has obviously been significant delay in Sanral awarding contracts because of the lockdown. The budget was there for these projects “but obviously we are in a different world now”.

“When it comes to budgeting and what is available and to reprioritise, I honestly think it’s 50/50 whether those things [projects] go ahead or not,” Fraser said.

Fraser said information he had received about tenders awarded before the lockdown was that they were valued at between R100 million and R150 million. But there are probably about 10 to 15 tenders valued at “R1 billion plus” that have been tendered and are awaiting adjudication.

Fraser believes there are probably projects valued at a total of about R25 billion waiting to be adjudicated.

“If we are looking for [economic] stimulus and for stuff that can be implemented relatively quickly, we don’t have to go any further than that.

“I would certainly hope for the sake of the country that they do press on because that upfront engineering work has been done and if they award them now, the guys will be on site in six weeks, which would be pretty handy for everyone right now,” he said.

Fraser said these projects will create grassroots jobs where people get trained in their local communities and could really provide very welcome relief and employment.

Other than Sanral, a few Eskom contracts and the multi-billion-rand Transnet contract to deepen the container terminal at Durban harbour, Fraser is not aware of any real bright spot in terms of contracts for the construction sector.

Fraser added that there is no doubt the list of tenderers is shrinking every time a tender is issued because of companies going out of business.

He said it is also not an industry that bankers are lining up to fund right now, particularly in terms of performance guarantees.

“The performance guarantees are becoming a bit of a millstone and people are finding it’s not the best business to be in right now,” he said.

This is what inept leadership from government looks like

Maybe best Treasury find out what the plan is on the Mtentu Bridge contract.

This is where the construction mafia was involved and SANRAL made it the contractors problem. Who’s side are they on. Are the being paid?

Who will go and work there with that history?

Worth noting that all these projects will cost at least 10% to 20% more just to accommodate BEE etc. Can SA afford this?