The insurer has been accused of trying to take advantage of vulnerable clients whose claims against it will be extinguished if they are forced to shut down. Image: Moneyweb

ICA CEO Ryan Wooley has not relented in his criticism of Santam and other insurers, like Old Mutual Insure and Bryte, in relation to the handling of the drawn-out claims battle.

Issuing its latest salvo in a statement on Tuesday, ICA – which represents around 700 clients in relation to such claims – called Santam’s settlement offer “unconscionable” since policyholders are covered for longer periods.

The firm said Santam’s latest actions suggest that legal certainty is no longer the objective, adding that the insurer is trying to take advantage of vulnerable clients who are desperate for funding.

“ICA is unsurprised but disappointed by Santam’s decision to limit its full and final settlement offers to three months, while there is an appeal pending at the SCA [Supreme Court of Appeal] in respect of the indemnity period,” it said.

“ICA anticipates that insurers will be very aggressive on quantum in an attempt to limit what they owe claimants.”

It added: “After almost seven months of legal wrangling, constant delays and Santam’s dogged refusal to pay its customers’ business interruption claims, Santam has conceded it is liable and that it will commence the process of assessing claims.

“However, Santam has said it will offer its hospitality & leisure customers a full and final settlement of only three months of losses, despite many policyholders having indemnity periods of six, 12, and 18 months in their contracts with the insurer.”

“The problem for Santam is that they have a judgment against them in the Ma-Afrika matter, which orders the insurer to pay for the full indemnity period of 18 months,” says Woolley.

“This should not be ignored. The only way for them to treat their customers fairly is to offer an interim payment of three months and leave the balance to be dealt with after the SCA appeal,” he adds.

“Offering three months in full and final settlement, and forcing their customers to sue them for the balance, is grossly unfair and unconscionable.”

Santam and other insurers have argued that it was the government-imposed lockdown, and not Covid-19, that caused the losses. The courts however have found that the two events are linked – a lockdown would never have occurred without Covid-19.

In November 2020, the Western Cape High Court ordered Santam to pay Ma-Afrika Hotels and Stellenbosch Kitchen for the full 18-month period of its contract. However, Santam has now said it will concede liability and only appeal the question of the indemnity period at the SCA.

Santam is set to argue for leave to appeal the Ma-Afrika judgment on February 16.

“While we are encouraged by Santam’s acknowledgement that legal certainty has been established, they continue to pick and choose what suits them in the court rulings,” says Woolley.

“Santam’s Stalingrad strategy of delay, deny and defend has put its customers under excruciating financial stress,” he adds.

“The real tragedy is that if these businesses are forced to shut down as a result of Santam’s non-payment, their claim against the insurer is extinguished.

“Offering a full and final three-month settlement on a valid 18-month contract is unacceptable.

“Shareholders should be questioning who has given this strategy to Santam as it demonstrates a lack of respect for their customers, the South African judiciary, and the Financial Sector Conduct Authority, and displays a level of arrogance that no matter how poorly you treat your customers they will remain loyal,” says Woolley.

According to ICA, Santam has said that each policyholder will need to take it to court individually to challenge the indemnity period beyond the three months it is willing to pay.

“This latest cynical and devastating move proves how disingenuous Santam is,” says Woolley.

“Policyholders who are already financially decimated will now have to find the money to fight the insurer in court to enforce the indemnity periods contained in their contracts.”

“While it’s clear that Hollard, Santam and Guardrisk have finally recognised the legal certainty provided by eight high court and five supreme court judges, there is deafening silence from Bryte, Old Mutual Insure and Factory & Industrial in respect of these judgments,” says Woolley.

“Business interruption insurance exists to help businesses survive following an unanticipated event. Thousands of businesses bought these policies, which included cover for infectious, contagious and notifiable diseases, but when the pandemic occurred, the insurance industry turned their back on their customers, claiming all manner of excuses to wriggle out of their obligations.”

Woolley says ICA will continue to fight for affected businesses, largely in the “desperately vulnerable” tourism and hospitality sector.

Can I ask that MW please have a follow-up article indicating which insurance houses are not honoring their full agreements, so that we know who to avoid in future.
If they are willing to screw clients in this case then it is an indication that it is part of the company ethos in general and will be doing the same in normal day-to-day claims as well.

Gret idea QL! Just from an emotional point of view, I’d MUCH rather see the insurance basterds go under, than their hospitality customers.

Can Moneyweb also name the CEO’s of the insurers that are wrecking insured businesses with their recalcitrant responses.

I totally agree with Ryan Woolley. Santam is a bunch of unprincipled, profiteering rogues who have used every trick in the book to try and evade their contractual obligations. Initially they hid behind the “need for legal certainty”. Now that they have it, they come up with a different angle. Here are the names of the respective CEO’s:

It would appear that the “Yellow Umbrella” is full of holes! The executives , who milked their bonuses in the past, are revealing their true colors! THE NEED FOR GREED!!

As a shareholder, infact I appreciate the way Santam is handling this. This is an unprecedented event, hence in order for them to make the right decision and considering the impact on its business, a thorough and robust process should be followed, so that going forward, we have correct ground rules in place. I rather have this instead of a free for all looting of insurance fraudulent claims going on, given how much has the coffers already been looted.

So you appreciate a shocking lack of ethics in the companies you invest in, eh? Next you’ll be investing in companies that club baby seals or use child workers to make shoes. Because they’re looking out for Number 1.

Skoobuza : besides being a shareholder, are you also a policy holder?

There should be a ‘Vote Down’ button, Moneyweb!

Surely the courts know what they are talking about.

It makes a lot of sense to work through ICA which represents 700 claimants instead of each claimant individually in court.

1 court case versus 700 is a lot cheaper for everyone and more efficient.

Why hog the courts unnecessarily?

On the evening of the 28th of December there was flooding in some areas of Randburg. Some areas experienced 100mm rain in one hour plus hail.

My kids townhouse complex experienced a flash flood and parts of the complex security wall and the walls separating units. Peoples houses were flooded. This has never happened before.

The townhouse complex is over fifteen years old and the building plans were approved by the city council.

The townhouse complex is insured by Santam and now they don’t want to pay the claim because they say the boundary walls are retainer walls.

Finally the true colours of the insurance industry is being seen. This is nothing new, they always refuse and delay claims.
The insinuation of fraudulent claims is more like a smoke screen when the real crooks here are the insurance companies.

The insurance industry is ripe for a disrupt-er.

A bit of a puzzle for me. I doubt that the insurers anticipated something of this magnitude. How long befiore they too run out of funds? After all short-term insurance is rather like a stokvel (i know that’s a bad example, because every member eventually gets a payout).
And please don’t misinterpret what i have said. As a pensioner my monthly income is relatively safe. I cannot even begin to imagine what this pandemic is having on the financial wellbeing of those still working. Who maintains a backup kitty of over a year’s worth of income?

No puzzle, really. If the contract stipulates specific cover for communicable diseases, then the insurer has calculated this into its risk. If it has not, it should get into a different business (e.g. piracy). Insurers will however almost always (i.e. standard procedure) try to avoid their contractual obligations, irrespective of how clear the contract is. So actually they are already in the piracy business… don’t feel sorry for them. Rather think of their customers (read victims). 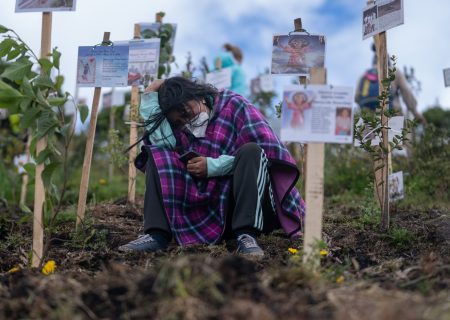