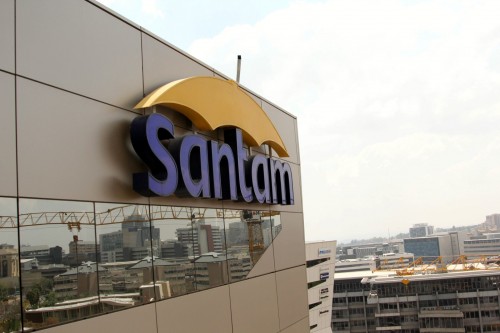 Santam said on Friday it would appeal against a court ruling that found South Africa’s largest non-life insurer liable to pay a client’s claim relating to a coronavirus lockdown.

Like insurers in other countries, Santam has been battling with clients who say it was wrong to reject claims made under business interruption policies after they were forced to close.

South African insurers say that their policies did not cover national lockdowns. However, in a closely-watched case, a court ruled on Tuesday that Santam was liable for such a claim made by hotel group Ma-Afrika.

Santam said after discussing the implications of the judgement with stakeholders, namely its lead reinsurers, it had decided there was a need to obtain legal certainty from a higher court and it should apply for leave to appeal.

“Santam believes that the high court erred in its judgment,” it said in a statement.

Ma-Afrika and Insurance Claims Africa, a body representing insured parties, said in a statement that Santam’s decision to appeal the judgement would further delay claims from businesses affected by the COIVD-19 pandemic.

This will “postpone payment of our claims until March/April 2021 at the earliest”, Elna du Toit, Chief Operating Officer of Ma-Afrika Hotels said, adding the delay would cripple the already suffering hospitality industry in South Africa.

In a separate statement, Santam said following the court decision, which found it liable for the full indemnity period of 18 months, it had increased its provision for claims under the relevant policy by R1.7 billion.

Santam said the outcome of the appeal created a high degree of uncertainty around its estimate of the claims, which could end up being significantly higher or lower, meaning it will take time to finalise the financial impact.

It has already paid out 1 billion rand in interim relief, payments meant to tide affected clients over while legal battles play out. These will be deducted from any further payments made.

Santam shares closed down 2.59%, underperforming the broader index, which was down 0.24%.

The ethics demanded by santam from their clients are definitely NOT replicated by santam !

This article does not fairly represent a key point in the decision to appeal the judgement, as it makes no reference to the fact that the cases used as precedence for this decision are being appealed. Logic dictates that when one uses a case or cases of which the outcomes are still being disputed as the grounds for deciding another it too will be disputed.

If they do not pay out a policy wording I read for hospitality business, I and MANY others will move our insurance just in principle to insurers that did honor their word.

Santam is anyway on thin ice with my factory insurance. It has sprinklers throughout (below roof and below ceiling with 500,000 liter backup reservoir and backup pressure pumps) but they say I need smoke vents which three largest global firms specify NOT to combine. They also cannot quote a premium difference between me switching off my sprinklers and me leaving them connected. What kind of underwriting skill is that????

“Santam believes that the high court erred in its judgment,”

Customers believe they erred insuring with you.

Santam hire a spin doctor, the best you can find you going to need it.

Santam ought to sue .gov for shutting business down due to an illness that to date .035% of the population has died with, not because of. You have a better chance of winning the lotto than dying of Covid if you do not already have one foot in the grave.

Maybe check where your own feet are placed. I suppose you wanted a Trump response to Covid?