Says liquidators did not file returns and failed to carry out their duties as deemed public officers.
By Ciaran Ryan 22 Jul 2022  00:01 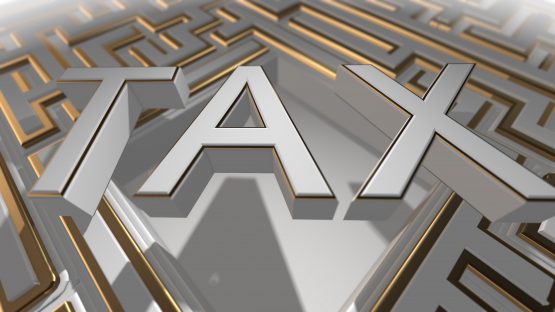 Penalties make up most of the amount Sars says is due. Image: Shutterstock

The claim was lodged earlier this month with the Master of the Cape High Court in respect of the 2019 and 2020 tax years.

Astonishingly, Sars lays the blame at the feet of the company officers and liquidators for not submitting the relevant income tax returns and says they “failed to carry out their duties as the deemed public officers of MTI”.

This was after the liquidators provided Sars with the raw data from MTI systems and figures from forensic auditors. Sars says it relied on these figures to finalise its audit and to adjust the taxable income.

The revenue service says it reserves the right to revise its assessments should the received figures change or additional bitcoin be recovered.

Sars says the amount is due and payable immediately, though MTI can dispute it later.

In its filing with the Master of the Cape High Court, Sars says it only received income information from the liquidators on 14 February 2022, adding that they failed to declare income of R182.5 million for the 2020 year of assessment and R6.7 billion for 2021.

MTI was placed in final liquidation in June 2021. CEO Johann Steynberg fled SA for Brazil, where he was arrested in December last year and is awaiting extradition to SA.

The company promised returns of up to 10% a month, and attracted more than 200 000 members worldwide through multi-level marketing.

Participants had to ship bitcoin (BTC) to wallets controlled by MTI, and some 29 421 BTC (nearly R12 billion at current prices) is reckoned to have been under MTI control over the lifespan of the scheme.

MTI said it was able to offer returns as high as 10% a month because it made use of a computerised bot that had only one losing day out of 200 – though no evidence of any successful trading was ever discovered.

Deposing for Sars, Johan Matthews of its Illicit Economy Unit says the revenue service is regarded as a preferential creditor of MTI in terms of the Insolvency Act.

MTI liquidators have recovered 1 281 Bitcoin from a Caribbean broker used by the company for forex trading, and sold this for the equivalent of R1.1 billion.

The liquidators can object to the Sars assessment, but may not disburse any recovered proceeds until such time as the Sars claim has been settled.

This is likely to be top of the agenda for the MTI creditors meeting being held on Friday (22 July).

Sars says MTI may not object or appeal the decision “unless the taxpayer submits a return within 40 days from the [date] of assessment and Sars does not issue a reduced or additional assessment”.

It adds: “Taking into account that the taxpayer [MTI] has been finally liquidated and that the liquidators are in the process of finalising the administration of the estate including the payment of interim dividends to proven creditors, there are reasonable grounds to believe that the taxpayer will not pay the full amount of tax and that the recovery of the tax may be difficult in future.”

Very few of the more than 200 000 MTI members bothered to lodge claims with the liquidators, apparently fearing this would draw the attention of Sars. That problem has been short-circuited by Sars claiming directly from the company rather than the individuals.

This story will be updated pending the outcome of the MTI creditors meeting on Friday.

It’d be interesting to see how the taxable income of the company is determined when it supposedly facilitated crypto investments of clients. It’s pretty much like a brokerage and the gain in value in client accounts? Maybe SARS regards the crypto stolen by the company as income…

The nervous people : the early stage people in the pyramid that drew those large incomes and commissions. If you look at how other pyramid schemes got unwound, the later losers can claim from the earlier winners.