Emissions rise from towers at the Sasol One Site in Sasolburg, South Africa. Image: Waldo Swiegers/Bloomberg

Sasol is preparing for South Africa’s biggest rights issue in two decades as it raises cash to meet debt obligations after a share-price collapse sparked by cost overruns at its US chemicals project and the plunge in oil prices.

The company expects to raise R99 billion ($6 billion) by the end of its 2021 financial year, including a share sale of as much as $2 billion, it said in a statement. It has entered into a standby underwriting agreement with BofA Securities, Citigroup and JP Morgan Securities for the rights issue, it said.

The sharpest slump in oil prices since 1991 hit Sasol just days after Moody’s Investors Service downgraded it to junk, citing high debt and spending on the Lake Charles Chemicals Project in Louisiana. The company said it will remain in compliance with gearing ratios required by its debt covenants.

Immediate measures planned by the company will raise $1 billion from “working capital optimisation” and cost savings, according to Sasol. Other measures planned over the next two years will include a cash conservation program and hedging to address low oil prices, an accelerated and expanded asset sale program and potential for partnering options at Sasol’s US base chemicals assets.

“Sasol believes achieving these targets would enable it to maintain a net debt-to-ebitda in compliance with financial maintenance covenants,” the company said.

Sasol has available liquidity of approximately $2.5 billion “with no significant debt maturities before May 2021 and it therefore believes it is positioned to withstand recent market volatility in the short term,” it said. “Sasol believes it can maintain liquidity headroom in excess of $1 billion over the next 12 to 18 months with a $25 per barrel oil price before the benefits of hedging.”

Why dont they have a BEE only Rights Issue ??
The PIC which is essentially a BEE investor can take up all the rights !

The stock market and
KFC

That way i stay solvent and healthy

Here’s hoping SOL is not SOL…

Difficult to convince me … Brent is falling. Oversupply by the Saudi’s and Russians.
Virus crippling the world … Demand drastically falling.
Virus still spreading … with no one coming up with a solution … every one will be infected over the next few weeks / months …

How does Sasol know what the conditions are going to be in two years time?

In short..The paw paw must first hit the fan, then panic sets in and the result is mayhem

Imagine if the top 40 on the JSE belonged to Government.

The Sasol business model does not allow for the effect of the privatisation and listing of Aramco. Aramco was listed on 11 December 2019 – just the other day, so to speak.

Aramco is the most valuable listed company in history. Saudi Aramco is a public company now, and there are strong incentives for them to optimise and use their strengths. Like any private company, they will use their strengths to gain market share and to put pressure on the bottom line of their competitors. The shareholders expect this of them. The shareholders of Aramco expect the managers and board to sink companies like Sasol. This is how the free market ensures the best product at the best price for the consumer.

At $10 per barrel, Aramco is the lowest-cost oil producer in the world. They invested in spare production capacity and they can flood the market with oil if they wish to do this. They are sitting on a source that can last them for 50 years. They have obviously decided to put jet-fuel in the “Lister engines” that drive the wells.

I don’t want to be in competition with Aramco. I don’t want to compete with a guy who can produce at a price that is less than 20% of my break-even price. No matter how cheap they offer the rights-issue, with these guys as the competition, this rights issue will be the first of many.

Well said sir but SASOL would have us believe that their business is primarily “chemicals” now and have had various forays outside of SA (remember when the EU fined them for anti competitive behaviour or some such with regards to wax?). But I reckon these overseas ventures are like other SA company ones, mostly. Just an exercise in vanity, maybe evading exchange controls, who knows but they have lost SA investors a lot of money, company execs much less so.

SASOL has been used to being the massive (ARAMCO type) fish in the tiny SA pond where they could arrogantly bully, gouge and monopolise the market with a nod and a wink from government and shareholder reps. Instead of winding their necks in they decided to go and play in a real big boys backyard and, it seems, have had a good drubbing before they even started. Ouch, again.

like with other resource companies, I don’t invest in the companies. They are all price-takers. When the resource does well, management pats itself on their wallets with bonuses and taxes eat away. When prices are bad shareholders get diluted by way of debt or rights issues. Then there are the vagaries of nature, labor, etc. If I was deluded and thought I knew what gold or oil or palladium prices will do or was in love with them, I would buy futures in the underlying resource. Small shareholders in large resource companies ALWAYS suck the hind teat to the insiders and massive dilution to the underlying resource price.

For a 20% gain in price of my chosen resource, my likely gain as a shareholder would be what : maybe 10%. On the CBOE you can trade fully exposed to 100% of the resource. If you are really brave you can go for options and get 1000% exposure

I agree Johan. The management and political factors compound the risk of commodity companies for shareholders. The commodity producer offers optionality on the commodity price, but that optionality comes at a much better risk/reward ratio if one simply buys calls on the underlying. Plus, if one buys call options, you get price insurance for free. The downside is limited to the premium, while the upside is unlimited. I prefer to buy a call option on the price of gold over an investment in a gold company for instance. I get better gearing at a predetermined risk. The gold mine cannibalises a part of the profit to pay wages, salaries and performance bonuses. An investment in a gold mine offers expensive optionality at a high cost and with a high risk.

Now, there is another alternative- to buy a call option on a gold mine. That is optionality on optionality – gearing upon gearing – not for the fainthearted.

Aramco was forced to list on the Saudi Exchange because they refused to state their reserves. If their remaining economic reserves were good, they would have gladly stated them to use them as a marketing tool. The fact that they refused to divulge them speaks volumes.

The Saudis have been trapped in a devil’s pact of cheap oil and debt with the Americans since at least the time of FDR – they have no choice but to sell their oil at a discount, and then buy overpriced american debt with it.

I personally would have no appetite to buy into that horse trade.

Fool u thrice!!!
Are the bulls now bears? Who among the existing shareholders will sink further cash into a plummeting company?
It was a mere 2 to 3 weeks back that the share price dip (i.e. pre plunge) elicited many bullish comments about this being the right time to buy into Sasol. Well, if u did – enjoy the rights issue, but prey as you buy and good luck. A stark example of the randomness of exec remuneration: Execs in the right place at the right time, are still benefitting from a former CEO’s brainchild. 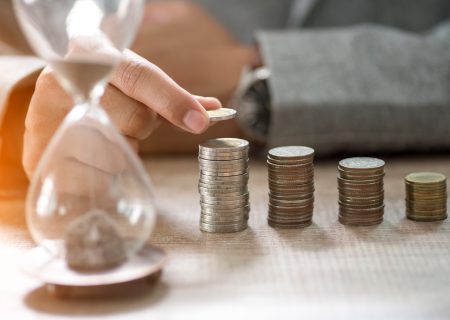