A few directors have sold all the shares they received as part of the share incentive scheme.
By Adriaan Kruger 3 Nov 2020  00:01 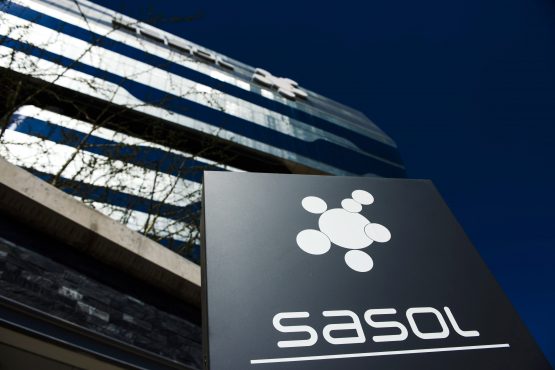 The market shouldn’t be too alarmed. As history has shown, when directors really want to dump shares, they do it quietly. Image: Waldo Swiegers, Bloomberg

While most of the Sasol directors who received shares in terms of the company’s annual long-term incentive award elected to sell only enough shares to cover the income tax levied on this part of their compensation, a few sold all their shares immediately, according to the figures contained in a formal announcement on October 12.

The net result of the sales is that the directors sold nearly 64% of the shares they received in a bulk sale facilitated by the company.

Just more than 65 000 shares were issued to 14 directors and senior managers who are obliged under JSE regulations to disclose their trading activity in the company’s shares.

It is not uncommon for executives to sell part of the shares they receive as part of their compensation to settle the sudden large tax liability that arrives together with the shares. Relevant tax legislation categorises shares and any other benefits paid to employees as income, which is subject to income tax according to the applicable tax rates.

As such, when shares are allocated to employees, tax is payable immediately, as is the case when anybody receives their salary at the end of the month.

Sasol states in the Sens announcement that the shares were allotted on October 6 and that Sasol conducted a bulk sale of the number of shares as elected by the directors and prescribed officers.

“The shares were allotted on the day of vesting and immediately sold by means of a bulk sale with effect from the vesting date. Proceeds are allocated to the shares sold by directors, as with all employees, based on the outcome of the bulk sale, which concluded on October 8, 2020,” according to the announcement.

A spokesman for the company confirmed that the shares were allotted on the day of vesting and immediately sold by means of a bulk sale. “Proceeds are allocated to the shares sold by directors, as with all employees, based on the outcome of the bulk sale, which concluded on October 8, 2020,” he says.

The shares were sold over a period of three days, from October 6 to 8, at an average price of R123.

Since then, the share price has dropped sharply, apparently heading to R80.

Participants in the share ownership scheme have the option of retaining all shares, selling sufficient shares to cover the tax liability and keeping the rest, or selling all their shares.

If a director (or anyone else) chooses to keep all the shares, they will have to pay the income tax due.

If share prices increase, they will also have to pay capital gains tax on this gain at some future date.

The income tax is payable within the current tax year, which makes the immediate sale of shares to cover the tax liability a prudent option.

In this case, an immediate sale to cover the tax worked out best. The tax liability is calculated based on a share price of around R123, whether the holder sold all or only part of their shares. If a director waited a week to sell their shares and received only R84 per share, the tax liability would still be the amount calculated on the price of R123.

Most of the Sasol directors elected to sell exactly 48% of their shares to cover the tax liability – probably 45% tax and 3% transaction costs.

It is noteworthy that CEO Fleetwood Grobler and CFO Paul Victor each sold exactly 48% of their shares.

The directors who sold 48% will use the proceeds to pay the South African Revenue Service (Sars and will effectively remain fully invested in Sasol.

Share allotment and sales by Sasol directors and senior management

Four of the directors and senior managers sold all their shares.

The largest award and largest sale was by Bernard Klingenberg, listed as a director of Sasol and Sasol Chemicals USA. He received 10 243 shares and the sale netted him more than R1.2 million before tax.

Investors often look at share sales by directors as another indication of the prospects of a company, arguing that large purchases – or, more importantly, large sales by insiders – are worth more than what is written in the annual report.

This is not necessarily true.

In addition to tax issues, directors often sell large tranches of shares to diversify their personal portfolios. This is obviously prudent in the case of volatile resource stocks.

When directors really want to dump shares, they do it quietly …

The best example was the sale of Specialised Outsourcing shares by then-CEO Dave King in 2001 when he sold out his 70% shareholding held in an offshore trust.

While selling, King maintained that he was not the seller – technically true, the trust was the seller. And JSE rules did not require directors to disclose share sales then. However, asset managers and private investors were not very happy.

King netted a profit of an estimated R1.2 billion before the company and the share price imploded.

He also maintained that he did not have to pay tax on the proceeds, which started a decade-long battle with the tax man.

And then there are the really interesting cases.

The panic sale of shares by Steinhoff insiders just before the share price fell by more than 90% is an example. The company was in the news again last week when the Financial Sector Conduct Authority (FSCA) handed former CEO Markus Jooste the biggest ever fine issued against an individual for insider trading.

Read:
Jooste may dodge FSCA’s R161.6m fine for a while yet
Jooste: What might the psychologists say?

It is important to note that the sale of shares by Sasol directors is not that significant.

Directors sold just over R5mil in shares and this is newsworthy?
This journo must be bitter and desperate. Why I’d never pay Moneyweb for content

So, 4 of the 14 directors sold all their shares and 10 sold only the part that is due as tax. Can someone please explain to me what the hidden message in this article is? Am I, as a shareholder supposed to do something with this information?

That moment when you have nothing interesting to write about and waste readers’ time. Journalism 101, in 2020.

The idea behind in allocating shares to employees is that they can feel part of the company and the company hopes it will then motivate the workers to do their best. Why allocate shares to directors is beyond me. Their position should motivate them and their pay is high enough to drive them to give their best.

Thanks for the transparency patrol Adriaan.

Keeping the ghosts of feeding frenzies of the past in check- The Jooste moves score one for posterity past, present and (hopefully) future.

Trust we can close this phenomena of a year upbeat and crystal-clear.

These guys earn enough without having to glean cash from selling their shares. Maybe, just maybe, there is a feeling that they will get more for their money elsewhere but have not yet hit panic mode. Surely if there was high confidence in Sasol soaring they would have passed off less of their incentive shares. Worth watching if there are further such sales over the coming months…

Always nice to know the reasons behind share disposals, especially in such a volatile stock. As a day trader in Sasol, this helps to interpret the stock movements.
I don’t understand the bitching, unless it can be ascribed to senility.
Thanks for the info, Adrian, and keep them coming.