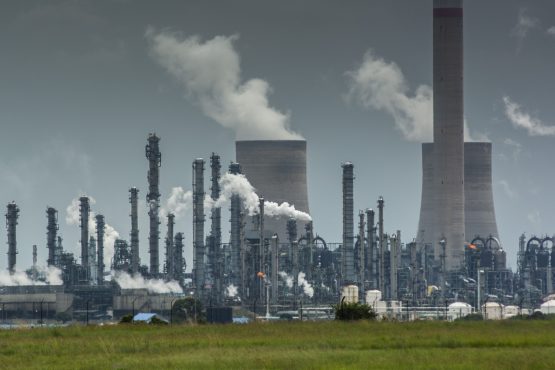 Sasol, South Africa’s biggest company by revenue, said it may sell assets or stock to ease its financial woes.

The company will also seek to reduce operating costs and reschedule some capital expenditure, it said in a statement on Thursday. The shares pared losses after slumping 46% earlier in the day, extending a stock-price freefall as Monday’s oil-price crash exacerbated concerns about a debt burden. The company will be within its debt covenants on June 30 at the current oil price, it said.

“The disruption in the global oil market, coupled with the ongoing impact of Covid-19 has significantly changed the outlook in just a few weeks,” Chief Executive Officer Fleetwood Grobler said. “It is critical that we keep matters within our control by acting quickly and decisively.”

Sasol, which is due to hold a call for investors on March 17, has seen its share price fall 88% this year. The plunge in the oil price exacerbated investor concerns regarding its ability to repay debt after the cost of a chemicals plant in Louisiana surged almost 50% to as much as $12.9 billion.

Sasol shares fell 30% to R37.24 at the close in Johannesburg, giving it a market value of R23 billion. The company holds debt of at least R125 billion.

Sasol has cash and available facilities of about $2.5 billion and no significant debt maturities before May 2021, the company said.

The story of all companies, they simply don’t stay on the bus (doing what their core business is), fiddling around when times are good, and forget the big bad wolf (debt) will eat them if they become ignorant.
PPC did the same with their DRC project, fiddling around with brandewyn & braai planning, they made decisions simply because they have cash and debt available. (Must be honest, met the previous PPC MD once in a meeting, and honestly I was not impressed), anyway good luck to Sasol, hope you find that magic wand.

Best of luck, I assume you came in high, and you on the ship, stay on, that’s what I would have done. Irrelevant how high the stakes.