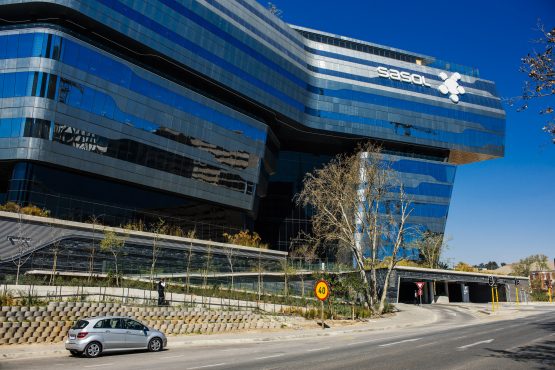 The Sasol of the future will be profitable, cash-flow positive and pay good dividends, if one believes the predictions in Tuesday’s presentation. Image: Waldo Swiegers, Bloomberg

During a teleconference yesterday afternoon, it fell mostly to Paul Victor, chief financial officer of Sasol, to answer questions from and give assurances to analysts who need to explain to their employers and clients why one of the favourite shares on the JSE has lost more than 95% of its value over the last few years.

The widely-held share dropped from a high of nearly R650 in 2015 to only R36 on Tuesday, with most commentators noting that the stock market is currently valuing the whole group at just $1.4 billion, equal to less than R23 billion.

Shareholders have seen their holdings in Sasol shrink by 90% in only a few months, just as things had started to look better for Sasol and the high returns from the big investment and big risk of the huge Lake Charles Chemical Project (LCCP) seemed only weeks away.

But the whole world changed drastically in just a few days.

The economic fallout of the coronavirus outbreak seems much worse than expected only a few weeks ago. A big part of the world has shut down all activities, which will impact economic growth and the demand for the wide range of chemicals that Sasol currently sells and hopes to sell from its new Lake Charles plant.

The fall in the oil price to the lowest level seen in decades not only affects Sasol’s important synthetic fuel plants, but is also a proxy for international chemical prices.

“The corona epidemic has a serious impact on Sasol,” says Victor, adding that it affects revenues and the balance sheet.

The immediate problem is that lower earnings influence the assurances Sasol has given its bankers who financed Sasol to the tune of R141 billion (according to the balance sheet as at the end of December 2019).

Sasol’s planning shows that debt is set to decrease quickly once the LCCP reaches full production, and it has agreed with its bankers that net debt will not increase to more than 3.5 times earnings before interest, taxes, depreciation, and amortisation (Ebitda). However, a worldwide drop in economic activity and lower chemical and oil prices will affect this covenant, just after Sasol reported to shareholders a few weeks ago that it is comfortably within the limit.

Victor says Sasol remains committed to reducing its total debt by $6 billion (from around $10 billion to $4 billion) by the end of the 2021 financial year. The short presentation to analysts – four slides in all – basically indicate that Sasol will accelerate its original plans to reduce debt and position the group in an environment that became more difficult very quickly. Victor says Sasol is now forced to cope with the challenges of uncertain global economic growth and the sudden drop in the oil price to $30 a barrel compared to “a $60 oil world” a few weeks ago.

Management expects that it will be able to reduce capital expenditure and working capital by $1 billion in the current financial year and every year for the next three years.

“We will make Sasol more effective and efficient,” says Victor.

Assets sales are set to raise more than $2 billion, some of which has already been realised. However, Victor says Sasol is definitely not a distressed seller and will look at the long term value when considering selling assets, rather than respond to a short-term rout in the oil market.

“A rights issue would be the final response,” says Victor, mentioning the possibility of raising $2 billion in new capital from shareholders. Talks have been held with Bank of America and JP Morgan to underwrite a rights issue if it becomes necessary.

Victor’s remarks indicate that management is still positive that Sasol will trade itself back to a stronger financial position.

The presentation notes that no significant debt matures before May 2021 and that Sasol has enough liquidity available to survive the current environment.

Including a $2 billion rights issue, Sasol will be able to reduce net debt to 1.5 times Ebitda compared to the current 2.9 times.

The Sasol of the future will be profitable, cash-flow positive and pay good dividends, if one believes the predictions in Tuesday’s presentation. Management says Sasol aims to pay a dividend equal to 45% of earnings in the 2022 financial year, while previous forecasts alluded to at least a small dividend next year.

It is probably too early to talk about how fortune favours the brave while global risks remain high, but a rights issue at the current prices would most likely have shareholders queuing to prevent dilution.

On the other hand, recovery might take longer than expected only a few months ago.

30 $ per barrel oil price does not compute. More than 50% of the oil producers will go to the wall at this price including virtually all of the shale gas drillers.
What could save Sasol would be their diversification into chemicals. Good luck to them in succeeding – I need them to!!!

I think the Saudis are at $4 dollars per barrel…. they virtually just take it out of the ground and straight into a barrel.

‘If Sasol can’t raise its own money it may need state pension cash – if Gauteng wants petrol’- article i found this morning. What the hell??

No Problem : They will probably use Private Pensions !!

When times are good … we have to pay SASOL an international price for Fuel that is manufactured in this country in south african Rands
Now when they down and out …. they begging in RANDS….

SASOL = like Eskom. Built with taxpayers money. Wasted the family jewels on some grandiose scheme and still get paid huge salaries. And now wants bailout. Must be a Africa thing.

“We will make Sasol more effective and efficient,” says Victor.

If you want to make Sasol more efficient then stop the gate keeping and ridiculous process to get onto Sasol’s supplier database. They are obviously more happy to use the more expensive ones.

Instead of diluting everyone, maybe they should just become more efficient.

Am aware that hindsight is king, but if SASOL invested in mountains of toilet rolls, they may have made a handsome profit by now 😉

Sasol will be fine, it will survive.

Perhaps one should be careful investing in a company that doesnt have pricing power.
Management can try to do all sensible things to save the company and only hope sanity prevails with the saudis and russians.

Lake Charles is a state of the art facility worth multiples more than Sasols current entire market cap.
This asset can be sold
At R30 I’m all in.

Angelo; what do you think LC’s break even oil price is for its products? If the oil price stays low Sasol could be lucky to get scrap metal prices.

wait longer and you will get it cheaper