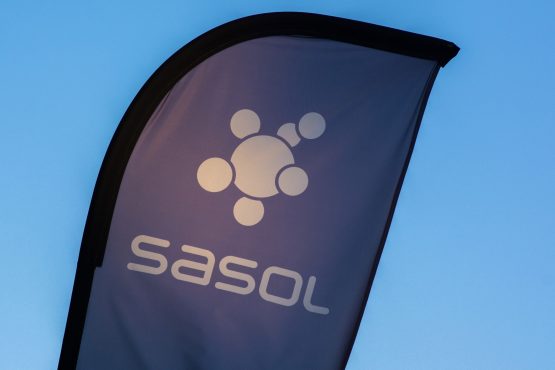 Sasol says it expects earning per share for the period to rise by over 100%. Image: Waldo Swiegers/Bloomberg

According to a Sasol trading update published on Sens on Thursday, the strong financial performance in the period was supported by a favourable macroeconomic environment which resulted in improvements in gross margins. This, it says, was further supported by effective cost and capital expenditure controls.

However, Sasol does note some challenges impacting earnings during the period, specifically in its South African operations.

“These benefits were partly offset by operational challenges in our integrated South African value chains which resulted in lower production,” Sasol says in a statement.

The company says it expects to see a surge in profits, with earnings before interest, tax, depreciation and amortisation (Ebitda) for the year expected to rise by up to 56% to R75.6 billion, up from R48.4 billion in the previous year.

“This is mostly due to a strong recovery in Brent crude oil and chemical prices, partly offset by realised oil hedging losses and lower chemicals sales volumes,” the group says.

The company further expects to see a more than 100% rise in earnings per share (EPS) for the period to at least R60.59, up from the R14.57 it reported in the previous period.

Headline earnings per share (Heps) are forecasted to increase by up to 28% to R50.74, an increase from the R39.53 the group reported in the prior year.

The group further noted various cash adjustments for the 2022 financial period, including unrealised losses of R5.2 billion as a result of “translation of monetary assets and liabilities and valuation of financial instruments and derivative contracts,” it says.

As well as net gain of R9.9 billion due to the remeasurement of items. Some of the more notable contributions to the net gains were related to Sasol’s sale of its Canada shale gas business, sale of its 30% stake in the Republic of Mozambique Pipelines Company (ROMPCO) and the sale of its European wax business.

Sasol is set to release its full year results on Tuesday, 23 August 2022.

Listen: Brent should trade back to $80 in time