The company launches a second empowerment scheme but what’s in it for the majority of black shareholders?
By Ray Mahlaka 26 Sep 2017  00:40 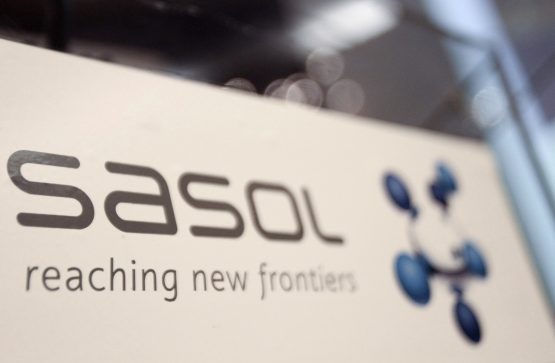 Sasol shareholders will need to approve the Khanyisa scheme and options to shareholders at its AGM in November. Picture: Nadine Hutton/Bloomberg

The top brass of chemical conglomerate Sasol has promised that its new empowerment scheme Khanyisa would be nothing like the current Inzalo, which has left bruised shareholders with a smothering debt load instead of lucrative dividend payouts.

When Inzalo – the R28 billion scheme launched in September 2008 to own 10% of Sasol shares – expires in the next 12 months, shareholders might be left with no actual value but a small portion of dividend payouts.

Most Inzalo participants funded their investment through debt, provided by banks or Sasol, while other investors used their own cash in 2008.

Sasol came under fire last week, with critics saying that Inzalo benefitted banks more than shareholders. Inzalo also underscores the inefficiencies of debt-financed schemes that depend on volatile commodities for shareholder value.

Sasol will embark on an accelerated bookbuild that would raise up to R13 billion to settle the Inzalo debt, said joint-CEO Bongani Nqwababa. This is expected to dilute Sasol shareholders by 5.1% compared with a 4% dilution in 2008. Nqwababa added that other fundraising options would be considered.

Khanyisa will cost Sasol R7.3 billion over ten years from 2018.

So, what’s in it for shareholders this time around?

Unlike Inzalo, Khanyisa will be funded by Sasol and will hold a 25% stake in the South African operations, which includes gas, chemicals and synfuels businesses. Sasol is pulling out all the stops for shareholders to participate in the new scheme, which is grossly complicated in structure.

Paul Victor, Sasol’s CFO, said Khanyisa will provide participants value from day one, as Sasol would be giving free shares to its employees and ordinary black shareholders valued at R1.9 billion and R1 billion (R2.9 billion in total) respectively.

“This bonus of R2.9 billion from day one means that shareholders don’t have to wait for ten years [like with Inzalo] to get value. They can also monetise their shareholding,” he said.

Sasol has two empowerment structures that trade on the JSE with a different set of shareholders: Inzalo (funded by debt) and Sasol BEE Ordinary shares (SOLBE1), which trades at a 13% discount to Sasol’s share price and has no debt. SOLBE1 shareholders have been offered three options:  keep their shares on the JSE, participate in Khanyisa or convert their shares into Sasol shares (if they don’t choose to participate in Khanyisa).

Various Sasol employees would be awarded Sasol, SOLBE1 and Khanyisa shares with vesting periods of three to ten years.

Sasol shareholders will need to approve the Khanyisa scheme and options to shareholders at its AGM in November.

Whichever option shareholders choose, Riaz Gardee, the group head of corporate finance at Liberty, said any shareholder must be able to assume the risks inherent with investments. In the case of Inzalo, Gardee said the risks were high debt levels and the volatility in the scheme’s underlying investment (Sasol shares) that tracked Brent crude oil prices and rand/US dollar exchange movements.

With Inzalo being under water, Sasol is also not achieving its ownership minimum requirements under the new Department of Trade and Industry broad-based black economic empowerment Codes of Good Practice. “We will structure the Khanyisa deal so there is net value from day one as no further capital would be required from participants and there will be no external debt required,” said Sasol’s Victor.

Some shareholders won’t like this (awarding of free shares to employees and Black shareholders).

Nor should they! If we must have BBBEE then at least loan cash to employees and buy teh shares in the open market. probably 70% of SASOL employees are black and they work at the company. Consortiums of fat, stupid, non executives who get BBBEE shares add no value and are simply a bad cost to teh other shareholders. Let the employees learn what taking risk is about and the benefits /losses must accrue to them.

free lunches do not work.

Uhm can SASOL please explain the business logic of handing out free shares to employees and black shareholders??? Is this Radical Economic Transformation? Who in his right minds wants to start a business with such chaos?

The biggest Chunk of shares are MANAGEMENT. Ask the poor Black funded Inzalo what they got out of this mess by SASOL. A lousy R2 Divident in 2014.
Ask the Big Banks, they are laughing all the way.
SASOL used our names to enrich themselves (MANAGEMENT & some employees)and Banks.
Funded Inzalo brought what ?
How am I empowered 10 years waiting for nothing.
Now you tell me to wait another 10 years SASOL.
MANAGEMENT received nice dividents and perks and all of that. All in the name of empowering the public. Our HERITAGE, heritage that this SASOL claims all the time, yet yield nothing. And how they really mean to transform and so on. Just a pity even when they bail Inzalo out it still benefits MANAGEMENT.
Watch the space about lessons learnt from Khanyisa deal 10 years from now.
Same carrot. Hence another deal.

Plain robbery from the original paid up share holders that have been faithful to the company through thick and thin. Anything that costs “Sasol” is a cost to the original shareholders, don’t try to fool us. value and dividends will be eroded.

thanks for my past growth and divs but with Opec keeping the oil price range bound and Sasol VERY dependent on the oil price I am going to jump ship.

I am willing to bet that at Sasol board meetings electric cars are scoffed at, be careful in 1943 the head of IBM said that there was maybe place for 5 computers in the world……………..

BEE is nothing but theft by stealth. Nobody is “empowered”, some are merely paid a bribe to shut them up. BEE is a project of grand dis-empowerment because the majority are getting hooked on handouts. BEE compensates, and motivates, the sense of entitlement that is the hallmark of the slave mentality. It will take a decade in rehab(social unrest and hunger) to clear the South African mindset of the damage done by BEE.

By writing BEE codes into law, the ANC effectively became and import/export organisation. They export capital, business opportunities, profitability, employment opportunities, investors and tax revenue overseas, while they import unemployment, financial losses, heaps of debt, the implosion of SOE’s and the eventual bailout from the IMF.

BEE shows us that the road to hell is indeed paved with good intention.

Does this mean that it is compulsory for BEE schemes to make the beneficiaries rich without any risk? No wonder that blacks do not want to start up their own companies, rather demand a free ride from existing ones.

Please excuse me, I’m not that smart, but I am an experienced businessman and I’ve learnt some valuable lessons in the past few decades.

Business and idealism are like oil and water. They do not mix. Neither does socialism work. Someone has to pay to pull or drag someone else along. Capital and debt should be used to achieve growth, not be sucked out of a company for idealistic objectives. The same with taxes, tax is mainly sucked out of the productive economy to fund unproductive agendas. Obviously tax is necessary but it should be restricted to providing infrastructure and services that help drive the productive economy. KISS. Keep it simple stupid. You start your own business and leave me alone to run mine. You pay your taxes and I’ll pay mine and the government should restrict itself to focusing on providing essential services and fostering economic growth. Debt is used to fund BEE schemes in existing viable companies which usually end in tears for all concerned. Why?Because the cost/benefit ratio is not reconcilable. Rather use the debt to fund new business enterprises. Go catch your own fish. But if you insist on having shares in a company, e.g. Sasol, go buy them in the market like other shareholders and you can finance them any way you like except with funds from the company you are investing in. Seems simple enough, and is very easy to understand, but jumping on someone else’s band wagon is quicker and easier (apparently) than doing it yourself. KISS and MYOB (mind your own business) would be a far better mix than oil and water.

Fact: share prices can go down as well as up. How will BEE shareholders ever learn this. Btw my Sasol shares are out of the money – perhaps Sasol would like to bail out a white pensioner too?

10 years ago poor Black South Africans were promised empowerment. Blah blah billions. 10 years later, the same Sasol that made the promises, comes to them to tell them long stories about tough macro economic blah blah..

Now instead of this victims of Apartheid being empowered, they become victims yet again, and this time to Sasol.

The clever CEO who like his predicessors, wont be there in 10 years to come, to explain that this was a flop.

How come the poor public get nada Sasol shares.

Now you shift the blame to oil.

Sasol knew from get go, that the funded public would not be able to pay the Capital loan. Not even the interest. That debt was climbing every year. Now they act like this is new to them.

This new nonesense promises SSA shares. What is this. How much is a SSA share cost today ?

Poor Blacks you are own your OWN.

Just another scheme for MANAGEMENT to allocate shares amongst themselves while showing the public another carrot again.

All of this using the poor Blacks especially the funded poor people who really believed SASOL has empowerment intentions.