Company says equipment needed to cut emissions is too costly and difficult to install.
By Antony Sguazzin, Bloomberg 28 Jul 2019  18:00 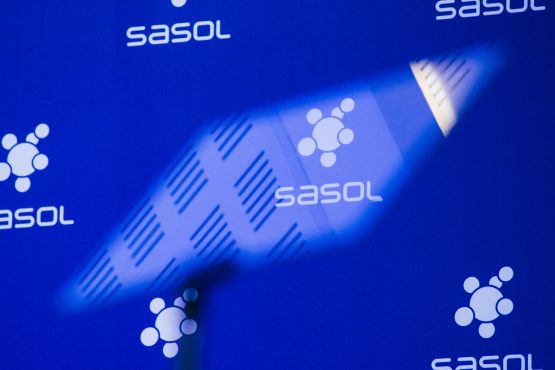 While Sasol has already won a postponement, Eskom is yet to hear whether its applications to have its compliance with the sulfur dioxide emission standards delayed from 2020 until 2025 are successful. Picture: Bloomberg

Sasol said some of its South African plants are under threat from sulfur dioxide emission standards that it will need to comply with by 2025.

The company, South Africa’s biggest by revenue, operates plants that convert coal into motor fuel and chemicals in Secunda, east of Johannesburg, and Sasolburg to the south. Flue-gas desulfurisation equipment needed to cut emissions of the gas, which causes acid rain and a range of health complications, is too costly and technically difficult to install, Sasol said. Globally, as well as in South Africa, the company produces a range of chemicals.

Air pollution in the area around coal-fired plants operated by Sasol and Eskom east and south of Johannesburg, South Africa’s biggest city, rivals levels in some of the most polluted cities on earth. The government has proposed doubling the new limit, but is coming under increased pressure to act against the two companies as it’s being sued by environmental activists over the breach of current emission limits.

Sasol will have to comply with new sulfur dioxide emission limits for coal boilers of 500 milligrams of the pollutant per normal cubic metre. Its 2018 emission reports show that some equipment at both Secunda and Sasolburg regularly exceeds 1 000 milligrams.

“The new plant standard for sulfur dioxide will pose a compliance risk challenge for Sasol post 2025 from both a technical and financial feasibility point of view,” the company said in an emailed response to questions. “All commercially available technologies for the abatement of sulfur dioxide to meet new plant standards have been evaluated and we continue to scan for new technologies.” A failure to comply could lead to fines and the closing of plants.

Read: Why government is being sued

While Sasol has already won a postponement, Eskom is yet to hear whether its applications to have its compliance with the sulfur dioxide emission standards delayed from 2020 until 2025 are successful. It has argued that it would only be economic and feasible to fit the pollution abatement technology on its two newest plants.

Eskom, which operates about 15 coal-fired power stations, has said that flue-gas desulfurisation equipment can cost between R20 billion and R40 billion per plant. Environmental activists including Greenpeace put the cost significantly lower.

“Sasol is still saying they can’t afford flue-gas desulfurisation,” said Robyn Hugo, program head for pollution and climate change at the Cape Town-based Centre for Environmental Rights. “Sasol itself has confirmed that there are no other means to meet these minimum emission standards.”

In addition to being technically difficult and costly, flue-gas desulfurisation equipment would require that additional water and limestone are brought in from the Northern Cape province. Existing limestone mines in that province are 450 kilometres (280 miles) to 800 kilometres away from Sasol’s plants.

“Flue-gas desulfurisation technology is proven,” Sasol said. Still, “it would be significantly challenging to retrofit” the equipment at the existing plants, it said.

In a separate application for a delay in meeting emission limits for a range of other pollutants, Sasol has asked for permission to significantly exceed caps for nitrogen dioxide, particulate matter and carbon monoxide until 2025. By that time, it says in the application, new equipment should enable it to comply.

On incinerators at its Secunda plant, it wants limits of as much as 90 times the new cap to be applied for carbon monoxide and particulate matter.

So Sasol see it cheap to pollute and kill?

Another SA environmental & health disaster in the making!

It also ties in with many motoring (car books & media) reporting the past decade or more, why certain European (mostly) or Japanese car manufacturers could not introduce the latest, efficient engine-ranges in SA, arguing “our fuel quality” / our emission standards.