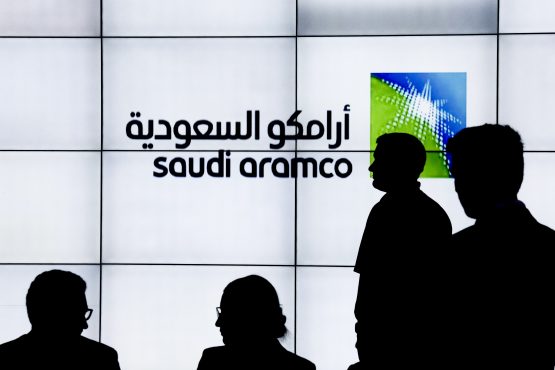 Saudi Arabia transferred a $80 billion stake in Aramco to the kingdom’s sovereign wealth fund, boosting its assets ahead of plans to tap debt markets for the first time.

The transfer from the government will “bolster the fund’s strong financial position and high credit ratings in the medium term,” the Public Investment Fund said, adding that it “relies on the value of its assets and the returns on its assets under management for its funding strategy.”

The Aramco deal, which essentially transfers an asset from one pocket of the government to another, is the latest move taken to bolster the fund’s assets. The PIF, which got its first credit ratings this month ahead of a potential bond sale, was previously handed billions of dollars from the central bank’s reserves and received free land to develop projects.

The move also follows people familiar with the matter saying last week that the government held talks with advisers on a potential second offering of Aramco stock, which could bring in more than than its initial public offering. Aramco’s 2019 IPO– in which it sold about 2% of its stock on the Riyadh bourse — raised almost $30 billion. The money was transferred to the wealth fund and was meant to support investments to shift the biggest Arab economy away from a reliance on oil sales.

The stake transfer “could be an indicator that we might expect a secondary offering of Aramco,” said Thamer AlSaeed, chief investment officer of Saudi Arabia-based Mad’a Investment. The PIF last year raised $3.2 billion selling part of its stake in Saudi Telecom Co. through a secondary offering.

The surge in oil prices as the global economy reopens has helped lift Aramco’s share price from a low of 27.8 riyals in March 2020 to 37.3 riyals, giving it a market capitalisation of almost $2 trillion. Aramco trades at 19 times its estimated earnings per share for the coming year.

Aramco is the world’s biggest oil company and is helping finance de factor ruler Crown Prince Mohammed bin Salman’s plan to transform and diversify the Saudi economy. The wealth fund, also chaired by the crown prince, has outlined a plan to grow its assets under management to about $1.1 trillion by 2025, while investing $40 billion annually into the local economy.

The fund is a key investor in developing new industries like entertainment and tourism. Since 2015, the PIF has grown assets under management to $500 billion from about $150 billion. Its governor Yasir Al-Rumayyan is also chairman of Aramco.