Shareholders have to wait for news on Steinhoff debt restructuring plan 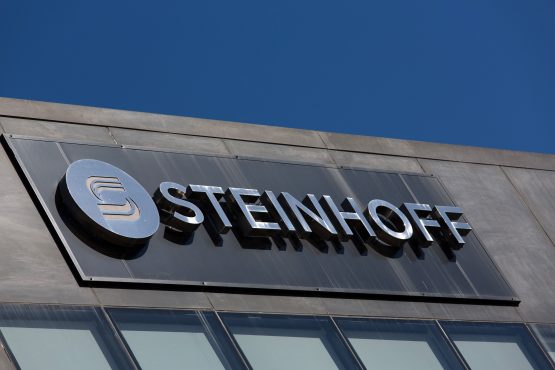 On Monday afternoon Steinhoff announced that it had extended its ‘early-bird’ deadline for creditors to accept its debt restructuring plan. The group is currently appealing to its creditors to accept a lock-up agreement that would see Steinhoff not having to pay back any debt for three years.

Initially the early-bird deadline was set for 9pm South African time on Monday evening. This has now been moved to the same time on Tuesday. No reason was given.

The final deadline for creditors to accept the lock-up agreement is Friday July 20, but Steinhoff has created an early-bird incentive to encourage creditors to sign up earlier. Those that do will receive an additional payment from the group, if enough creditors sign up by this time for the agreement to take effect.

The company’s share price dropped immediately on the news that the deadline had been extended, sliding from R3.08 per share to as low as R2.81 before stabilising. Steinhoff shares had surged from R1.75 last week after the debt restructuring plan was announced.

Ron Klipin, a senior analyst at Cratos Capital, says that the proposed plan is a potential ‘game changer’. It would give the group a three-year window in which it wouldn’t have to pay back any debt, and interest payable would also be capitalised.

“This will enable it to clean up the balance sheet and sell non-core assets, with some chance of generating positive cash flow,” Klipin says. “It may also give the company time to reduce costs at centre.”

This would reduce the pressure to sell the best businesses in the group, which it may otherwise have to do just to pay back its debt.

“It could be the saviour of the business,” Klipin says. “Otherwise it risks going into business rescue or liquidation.”

This is the dilemma facing both creditors and shareholders. If creditors don’t accept the deal, they may well be settling for a scenario in which they will not get all of their money back. By supporting it, however, they will be wondering if they are just kicking the can down the road, or if there is a likelihood of success.

As Saul Miller, a senior investment professional at Truffle Asset Management points out, either way Steinhoff has a hard road ahead, trading itself out of the €9.4 billion (R145 billion) debt currently on its balance sheet.

“Our key concern is the debt to Ebitda (earnings before interest, taxes, depreciation and amortisation) ratio,” Miller says. “It’s currently around eight times, which is a very high level of gearing.

“That’s even excluding the legal cases or any other liabilities that come to the fore,” he adds. “Any kind of assumptions you need to make on that level of debt to Ebitda are quite extreme.”

Reaching a lock-up agreement with creditors does create some room to at least see how that can be reduced.

“It gives Steinhoff breathing space for a couple of years,” Klipin says. “It gives them a chance to keep the good businesses going, which are cash generative – things like Star and Pepkor Europe – and maybe allows them time sell out of non-core assets, which are barely cash generative. They could take their time to do a whole portfolio review without having to conduct a fire sale of assets.”

That at least means that shareholders still own a going concern, but part of the restructuring plan is that a new governance structure will be put in place. This includes a new holding company that will effectively control the European assets.

The board of this ‘new holdco’ will be made up of six people, four of whom will be appointed by creditors. This means that, effectively, Steinhoff’s creditors will take charge of this part of the business, and Shareholder influence will be diluted.

While shareholders and creditors broadly have the same interests, they are not necessarily always in agreement. For instance, creditors may want to freeze capital expenditure in order to secure short term cash flows. This might help them to get their debt paid back, but its not in the interest of long term shareholders who would want to see adequate investment in the business.

These kinds of complex scenarios have become the rule with Steinhoff, where there are still many possible permutations. But while shareholders will lose some control if the debt restructuring plan goes through, it’s still possibly better than losing everything.

“I think there’s a lot more to lose if it doesn’t happen,” says Klipin. “It would mean going back to the drawing board.”

The “early bird extra fee” deadline for acceptance by creditors of Steinhoff International were extended because of low take-up interest.

Creditors are usually not very eager to enter into unfavorable extension or moratorium agreements with a company that are burning more cash than the net cash-flow allows, that can not honor their financing repayments, that are factually insolvent, that fool-heartedly neglects to implement serious cost-cutting measurements and that eight months down the line since their huge troubles came to the fore, still haven’t restructured business operations, unprofitable units and their over-stocked staff compliment.

This creditor moratorium agreement will at best only extend the eventual unavoidable which the directors are still denying at this stage.

Please provide proof to substantiate your claims made above.

My opinion is SNH will get the funding they require this week.

@LarensK it isn’t worth your time, trust me. France has many good things to say, but sometimes he/she just comments for the sake of it.

There is NO indication of low interest by creditors, as they are the one’s that negotiated the plan in the first place. This is merely a paperwork issue. 170 page agreement with many, many institutions involved. The sheer admin time constraint alone makes the initial agreement of a few days very short.

Just let the people from the cheap stand yell, while we accumulate at low levels. The agreement will meet the threshold, I am not worried about that at all.

You claim to have valuable information that could be confidential.

Care to share it with those out there who are not that well informed?

More fool for the creditors if they accept any form of debt standstill for the next three years. These same execs at Steinhoff, especially the current acting CEO, is Jooste’s right-hand man for the past 30 years.

In three years time there will be no money in Steinhoff to pay creditors. The execs are only interested in lining their own pockets for the next three years. ALL the execs and non execs who were part of the old board should be criminally charged and sued personally for losses.

As opposed to liquidation? I mean that seems so appetizing right now.

I am sure the sales will be orderly and creditors will receive more under fire sales. #NOT.

liquidations are dirty and nasty and worse in the Steinhoff case where the true value of the assets is unknown. It’s better to hold bonds of a running entity….

Most members of the current board have vested interests in this three year standstill ……..

Dissolve the board, appoint an “Administrative Board” comprising of creditors, employees, shareholders, and qualifying independents …….. no past nor current execs and non execs allowed.

Then maybe, just maybe Steinhoff will survive the next three years to accumulate cash to pay the creditors.

The current board will strip Steinhoff of all cash and most assets within the next three years……. mark these words.

The business is worth more as a going concern than if you broke up the pieces and sold them separately. the creditors know this and it is a strong driver for them to accept the loan lock up.

The only thing in the way of 75-85% creditor acceptance (the required acceptance for the lock up to be activated) is disagreement among creditors of the loan terms.

No one knows the future but odds are strongly in favour of a successful lock-up. p.s. this doesn’t guarantee a rising price as people have already bought the share in anticipation of a successful lock up ..whether the current share price has any link to the actual value of the business is almost impossible to tell.

I agree with some of the comments,that is that the creditors have little choice but to accept.

But what is fascinating is that corporate’s seem to be able to do this, if you were a Private Company the creditor’s would move in a lot quicker, say months and not “three” years. This is a ridiculous length of time, so much can change over such a long period putting the creditors in line for further events.