Shoprite AGM: The 40th (and last) chaired by Wiese 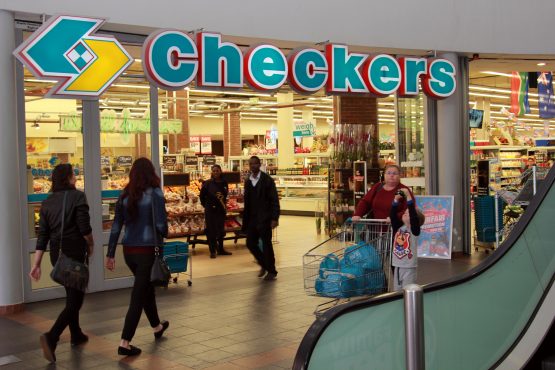 The Covid-19 lockdown regulations brought the group’s trade in liquor to a halt for 60 days. Image: Moneyweb

A virtual event during which shareholders were obliged to send through written questions ensured Shoprite’s 2020 annual general meeting (AGM) would be a tame affair, particularly compared to the thrills and spills of the 2019 AGM. At last year’s long-drawn-out meeting activist shareholders challenged the 40-year dominance of group chair Christo Wiese in dramatic fashion.

This year’s AGM would actually have been an extremely brief affair if one of the shareholders in attendance hadn’t implored Wiese to slow down and allow more time for questions. Such is the contrived nature of written-questions-only virtual AGMs that time is needed for the written questions to be sent through – and then be spotted by someone on the Shoprite end of things. Wiese’s five seconds wasn’t enough time.

The company secretary managed to halt the galloping Wiese after the 13th resolution had been voted on – it was now 10 minutes after the start of the meeting and Shoprite was heading for a Covid AGM speed record. It wasn’t that Wiese wanted to avoid questions but rather that he, like most of us, is still adapting to the Covid regime.

Even with the stilted written questioning, it was a comparatively speedy 32-minute affair, rather reminiscent of the pre-Steinhoff Whitey Basson days. Appropriate enough perhaps given that this was the 40th and last time Wiese would be chairing a Shoprite AGM; next year he will be sitting in as an ‘ordinary’ director.

In response to a question about auditor rotation, shareholders were told that the Shoprite audit is “very complex” and there is no wish to change auditors before the 2023 deadline. A selection process has begun and will be complete in 2022, after which the new audit firm will spend a year shadowing PwC before taking over.

Remuneration committee chair Joseph Rock responded to a number of criticisms about the lack of detail in the remuneration report by stating that the board did not want to share sensitive details with Shoprite’s competitors.

Rock did however undertake to provide more details about the performance targets and achievements attached to the vesting of extremely valuable incentives “going forward”.

A hefty 64.5% of ordinary shareholders – that is holders of the non-Wiese-controlled shares – voted against the remuneration implementation report.

Wiese seemed disappointed that his attempts to make the group more diverse were not more enthusiastically welcomed.

“As far as the board is concerned it is clear that the new [chair] indicates our commitment to diversity,” said Wiese, referring to recently-appointed Wendy Lucas-Bull, who assumed the role after Monday’s AGM.

The board is looking at other changes, said Wiese, but thought it would be prudent, given the very difficult year, to wait before implementing them.

“Some long-serving directors have indicated they won’t serve a full-term due to their own circumstances and because they want to create opportunities to bring new personalities and faces to our board,” said Wiese.

He added: “We’ve always been committed to reflecting the diversity in this country with all the limitations one has in this regard.”

The outgoing chair commended what he described as “outstanding results” achieved by the group during “the most difficult of times”.

In an operational update released ahead of the AGM management reported a 3% increase in sales in the three months to end-September compared with the three months to end-September 2019. If the RSA liquorshops are excluded the rate of increase doubles to 6%, reflecting the notable impact of the Covid-19 lockdown regulations on the group’s liquor business, which was forced to remain closed for 60 of the 91 days.

The South African-based supermarkets, excluding the liquor stores, were again the highlight of the performance with a sales advance of 7.2%. The furniture stores turned in an impressive 20.6% increase in sales.

Outside South Africa, Zambia did particularly well but its contribution was eroded by currency devaluation. Angola’s “admirable” performance was also eroded by unfavourable currency movements.

The update confirmed that Shoprite hoped to confirm the conclusion of its sale of its Nigerian and Kenyan businesses in the second half of the year.

As he brought his final AGM to a close, Wiese told shareholders that despite all the difficulties in South Africa and Africa right now: “We’re very optimistic about the way forward.”

He said a number of extremely exciting and interesting opportunities had been identified and the board hopes to achieve some results with these in the year ahead.

Christo Wiese is a colossus of South African business and a firm believer and supporter of free enterprise as a means to uplift people and society.
His humble beginnings, and his rise through hard work, dilligence and pure grit, despite enormous challenges and setbacks at times, attests to his resolute character which serves as a outstanding example to all budding entrepreneurs.

I trust you have agreed your fee with Wiese in writing – –

A great South African and an example of sheer tenacity and honesty in business, comparable to Anton Rupert. A man who came from nowhere, educated himself, became senior council and excelled in honest business practices.

Bully businessman whose bad decisions are haunting him.

Best thing for this share is for wiese to be not involved at all.

Anyone thinking Wiese is going is stupid. He might be resigning as chairman but believe me with his voting stock he will be in a commanding position. As the investor who built the business and took the risks to invest in it, so he should be very much involved. Shareholders who disagree have never built a business themselves and probably don’t have their own money at risk. Idiots!

You clearly haven’t seen or reviewed his Personal Balance sheet.

He’s hurting and wanted a couple of billion purely for the voting rights.

He is going – so you are actually the “stupid one”.

He is leveraged to his neck.

Once conservatorium wins their case he’s selling a large chunk of SHP purely to pay his loans.

I suggest you read the detail on how screwed he is.

Viva SHP! I think wiese involved is an immediate 5 % discount.

Idiots? Bro the share is down 50% off its highs. Surely you don’t know how investing works. Its a retail business that’s never gonna shoot the lights out. You cant have DC issues and not hedge inflation. That’s just weak.

Negative on the SC Joe Elze – he did go to the Bar but SC is something very few people become. He’s of course funding a few SC’s right now to try and get a few Rand out of the lovely Jooste

SHP shares dropped R12 in one day because the liquor stores were closed for two months during lockdown. That is past tense.
They are fully open now, shares usually track future events.

The future earnings should be incredible with the inclusion of the new liquor stores.

I see that directors and associates have paid a lot more for the share and its current price.

Does not make sense for the share to be so low compared to its peers.

Maybe SHP should start buying some of its shares back.