Shoprite Holdings has been under pressure on its remuneration policy for years. Image: Supplied

Only 26.98% of ordinary shareholders voted in favour of the remuneration policy of Shoprite Holdings at the group’s October annual general meeting (AGM). This startling revelation was published on Thursday, where results from the meeting disclosed the votes from the ordinary shares and deferred shares separately for the first time.

On the second vote on remuneration – that is, its implementation during fiscal 2018 – only 31.44% of ordinary shareholders voted in favour. This means there was significant shareholder pushback against both resolutions: 73% on the policy and 68.5% on pay last year. This would be the worst performance by a JSE Top 40 company by some margin.

Both resolutions were passed in the aggregate, as votes from both the ordinary shares as well as high-voting deferred shares are combined. The deferred shares – held by Christo Wiese’s Thibault Square Financial Services – carry “approximately 32.3% of the voting rights” of the group. Together with his direct stake in the group – 13.91% of ordinary shares – this means he has significant influence.

The group announced in February that it was negotiating with Thibault to acquire and then cancel the deferred shares. This would “simplify the company’s voting share structure and align the company with international best corporate governance practice. Furthermore, the proposed transaction will ensure that all remaining shares in the company have equal economic and voting rights.” A value of approximately R4 billion has previously been mooted for these shares (in the potential deal to merge the African interests of Steinhoff Africa Retail with Shoprite).

Following the announcement, CEO Pieter Engelbrecht told Moneyweb: “In the last two years we have engaged with investors on a one-on-one basis to address concerns like the compilation of the board, our remuneration policy and the capital structure. Changes to the capital structure are not for management to decide upon and must be voted on by shareholders, guided by the lead independent director Edward Kieswetter.”

It is almost certain that all major shareholders – including the Public Investment Corporation (PIC), which holds 11.41% of the group – voted against the non-binding remuneration resolutions. The Pension Fund of Norway (managed by Norges Bank Investment Management) and Old Mutual, which both own just over 1% of Shoprite, have both separately disclosed that they voted against the two resolutions.

Discussions, but no feedback

Under JSE regulations, Shoprite in November then invited dissenting shareholders to “forward their concerns/questions on the remuneration policy and the implementation thereof to the company secretary”. It said “meetings will be arranged with individual dissenting shareholders to discuss their concerns/questions”. Shoprite has provided no further feedback to the market.

In 2017, it said that “five shareholders, holding approximately 18% of voteable shares in Shoprite Holdings, participated in the telephone conference” on remuneration concerns. The group said those “shareholders raised five areas of concern in relation to Shoprite Holdings’ remuneration policy and its implementation” and that it had provided “appropriate explanations” to them. It also undertook to “formally table the abovementioned areas of concern at its next remuneration committee meeting for consideration”.

New Sars Commissioner Edward Kieswetter is chairperson of Shoprite’s remuneration committee. It is unlikely that he will be able to remain in this position, given his recent appointment to the revenue service by President Cyril Ramaphosa.

The group, however, has been under pressure on remuneration for years.

It is unclear whether the potential transaction with Thibault or pressure from the JSE led to the group disclosing the voting results separately for the first time. Naspers in August published the results split from its A shares and N shares for the first time.

Almost all retailers have felt the impact of the sluggish economy. And its about time that the remuneration committee and fat cats have been taken to task.

The bottom line is shareholders have no say in the remuneration policy. Directors can just help themselves.

I must be missing something……

A Listed company is a Public company, not a private company. Once companies go public and remain public then that company belongs to shareholders not to directors.

CEO’s believe they are “God” with most having psycho tenancies, worldwide.

The JSE is useless with respect to regulations and basically have ZERO power. 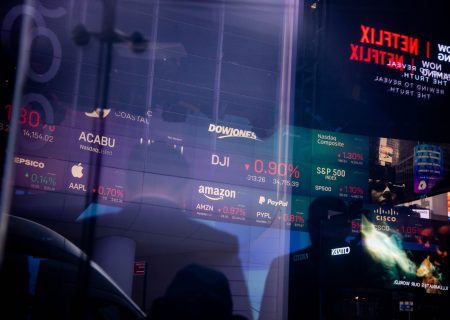