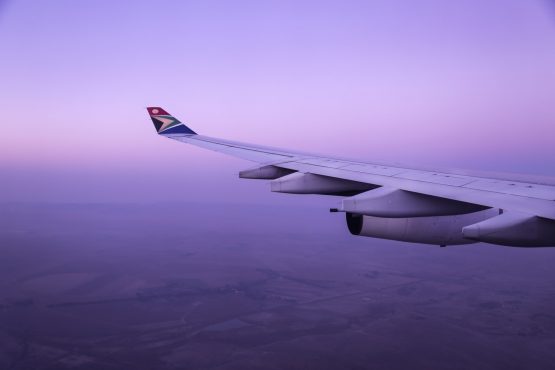 SAA made a loss of more than R5bn in the year ending March 2019. Image: Shutterstock

SAA, which has not made a profit since 2011 and is dependent on government bailouts to remain solvent, suffered a crippling strike last month which pushed it to the brink of collapse.

The airline has not publicly published its financial reports for the 2017/18 and 2018/19 financial years and has suffered concerns about whether it will be able to continue operations for at least 12 months.

But a copy of an SAA financial report for the year ending in March 2018 showed a R5.4 billion loss, with the company’s liabilities exceeding its assets by around R13 billion.

A separate presentation showed that SAA had made a loss of more than R5 billion in the year ending March 2019. Both documents were sent to lawmakers on parliament’s Standing Committee on Public Accounts.

An SAA spokesman asked for questions to be submitted by email but did not immediately provide responses.

Government officials have been holding urgent talks on SAA’s future in recent days.

The public enterprises ministry, which oversees SAA, said on Sunday that the airline needed “radical restructuring” to ensure its financial and operational sustainability.

You want to tell me they are trading as a going concern?

You want to tell me the “Board” Shareholder and the rest of the Government does not know either?

These committees are useless and not doing what they are supposed to do.

I suggest that a unique new term for the sate of SA’s SOE’s be found… something like ‘bANCrupt’.

SAA is very sick. If SAA was a horse it would have been shot long ago.

No way. If someone shot the horse there will be a commission of inquiry to revive the horse.

Send it to Russia for medical treatment

The severity of this situation is a prime example as to why sensible decisions need to be made and implemented well before the 11th hour.

There’s nothing clearly nothing left to save and therefore nothing to consider…kicking the can further down the road will ultimately result in these figures doubling by this time next year!

I thought that the food in the lounge was no longer up to scratch… that explains it.

This is precisely what happens when Communists/Socialists try to run a business. They are so used to money being provided (by taxpayers) that there’s no incentive to economise or ensure that work is done properly. As Thatcher’s famous remark has it: ‘Socialism is fine until you run out of other people’s money.’ Time to kill SAA.

How will the parasites oops sorry meant politicians travel. How will their extended families travel? After all a very distant thrice removed cousin becomes your brother when a business class ticket is floating around. Mmmm maybe floating is not a great description, reminds me a bit of something in a toilet bowl.

No wonder Pravin and SAA kept it a secret for two years!
The figures are DISGUSTING! Even if Business Rescue manages to save parts of SAA, South African consumers won’t touch the brand!

That’s over R400m lost per month on average. The minutes of the management meetings must make for interesting reading.

I thought that trading under insolvent circumstances is a criminal offence and that the directors thereby assume personal liability ?
Any lawyers know this?

Quite correct but as the ex speaker of the house said the other day, “They view things differently”.

The longer SAA and the Govt. delay announcing what is the immediate future for SAA, the more customers they are losing. I’ve just booked 18 South Africans to fly back to Sierra Leone with Kenya Airways in early January. Normally they all fly with SAA to Accra. But with nothing being said by either party, and now with no ticket insurance cover in place, we can’t risk the Company’s money. I’m sure there are many others out there doing the same.