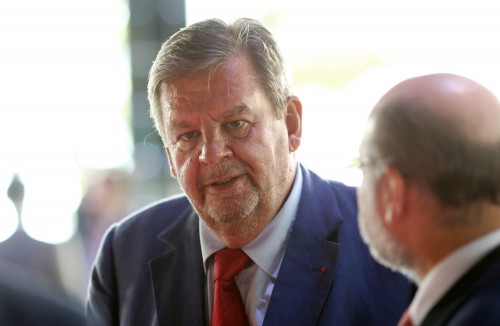 Community Investment Ventures Holdings, in which Johann Rupert’s investment vehicle is the biggest shareholder, took a 35% stake in the fibre provider and has agreed to take full ownership at a later date, it said in an emailed statement Friday. The company didn’t say how much it will pay. Bloomberg News first reported the deal in March.

CIVH already owns Dark Fibre Africa, which has a network of about 10 000 kilometres (6 214 miles) of fibre, and the plan is to combine the two businesses, director Peter Uys said by phone. While the new entity could consider a stock market listing if it needs to raise funds, there are no plans at this point, he said.

“We have been very successful in building an extensive fibre network and by buying Vumatel we will accelerate our fibre-to-the-home business,” he said.

Vumatel, which helped to pioneer the fiber-to-home industry in South Africa after entering the market in 2015, has enough fibre to connect 350 000 houses, said Uys. Households in cities including Johannesburg, Cape Town and Durban are increasingly seeking higher speeds and more capacity to handle rising consumption of data for services including video streaming.

Dark Fibre trails Econet Wireless Global unit Liquid Telecom in terms of network size. The company has raised R1.25 billion ($96 million) in debt funding and extended a revolving credit facility to R1.1 billion to fund expansion, according to its website.

Rupert has a net worth of $7.9 billion, according to Bloomberg Billionaires Index.

Bit sensationalist. The Rupert family owns 7% of Remgro (it controls more of the votes but it only gets 7% of dividends). With Remgro owning 33% of DFA, the Ruperts economic interst is something like 2%. The PIC owns 15% of Remgro, so it would be more correct to say that the SA government bought a stake in Vumatel, although equallly misleading.