But its Ireland and Switzerland operations are likely to buffer against SA’s retail slump.
Ray Mahlaka 19 May 2016  00:11 Investing in offshore markets continues to be a boon for Spar Group, the Durban-based retailer.

The retailer’s Irish ventures (through its BWG Group subsidiary) is still boosting Spar’s earnings, as its turnover growth for the six months to March 31 2016, grew by 16.72% to R42 billion compared with R36 billion last year.

In 2014, the food and liquor retailer acquired an 80% stake in BWG Group, the owner of the Spar brand in Ireland and south-west England, in an effort to boost growth outside of the SA market.

Spar Group CEO Graham O’Connor says the performance of the BWG Group was ahead of plan – with strong turnover gains in base euro currency terms. The rand weakened against the euro by 8% during the period.

Spar’s Irish ventures were further enhanced by its acquisition of retailer ADM Londis, for R304.5 million in 2015. Londis operates in Ireland’s convenience, forecourt and supermarket sector.

Spar’s BWG Group’s turnover swelled by 44.7% to R11.1 billion, while on a like-for-like basis it’s euro-based turnover grew by 5.4%.  The acquisition of Londis contributed 17.6% to the turnover growth of BWG, and the devaluation of the rand against the euro bolstered turnover by a further 21.7%.

Gross margins in its Irish business declined marginally to 10.3% (from 10.4%) due to “BWG Group positioning itself to remain competitive as the Irish food market continues to normalise”.

Spar is further entrenching its position in offshore markets as it recently acquired a 60% stake in Spar Switzerland for R725 million – with an option to acquire the remaining 40% stake after five years for R873.4 million. Spar’s results did not include earnings from Spar Switzerland as its acquisition only became effective from April 1.

Says O’Connor: “The continued economic recovery in Ireland provides an underpin for BWG Group’s second half performance while the acquisition of Spar Switzerland will make a positive contribution in the second half.”

Offshore markets act as a buffer from SA’s worrying state of the economy. Consumers in SA are facing sustained rising costs, higher interest rates and a slowing economy, which would likely put the brakes on their spending. This has seen grocery retailers like Pick n Pay, Shoprite, Woolworths and Massmart (the owner of Game which sells fresh food) see more pain ahead given a difficult trading environment.

To remain competitive, retailers have been aggressive on promotions and markdowns on merchandise to grow market share and lure price-conscious consumers that are in search for bargains.

In addition to being the operator of grocery stores, Spar also operates liquor chain Tops and hardware chain Build it. Spar’s retail revenue from its South African stores grew 9% to R36.8 billion and on a like-for-like store basis, its retail turnover increased by 8.1%. Eight new stores were opened during the period, bringing the total number of Spar stores to 888.

The retailer’s food inflation for the period was 4.5%. “Food inflation is showing signs of increasing substantially in the short term due to higher price pressures expected from agricultural outputs as the effects of the drought continue,” says O’Connor. Futures in New York rose past $42 a barrel after losing 0.8% Tuesday. 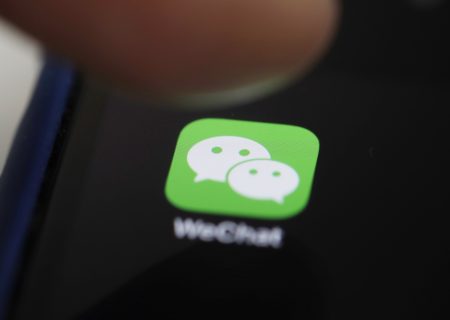