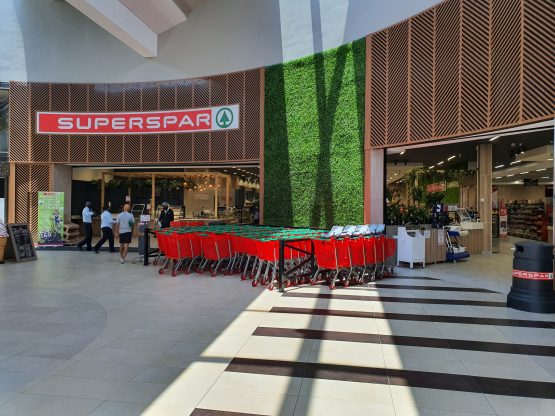 The share price of Spar – SA’s second largest listed supermarket group – fell more than 7% on Wednesday after the company posted a weak 2021 financial performance for its full-year ended September 30.

While the group described the “robust performance” despite “numerous challenges” during the year, the market reacted to the fact that it only managed to muster turnover growth of 2.9% (to R127.9 billion).

Spar’s biggest JSE-listed peer Shoprite Group has been reporting almost double digit-digit sales growth group-wide. Just this week Shoprite put out an operational update which also showed double-digit sales growth in its core SA market, despite the impact of the July unrest in KwaZulu-Natal and parts of Gauteng.

It is worth pointing out that Shoprite has a June year-end. Shoprite’s stronger sales performance saw it reporting more robust growth in operating profit for its 2021 financial year.

Spar, which has its headquarters in Pinetown near Durban, reported a decline in operating profit for its year to end-September.

“The mixed performance across regions delivered group operating profit of R3.4 billion, down 1.5% on the prior period,” the group noted in its Sens results statement.

“In constant currency, turnover increased by 3.9%, highlighting the impact of the strengthening rand on the current period,” it said.

“The group has experienced ongoing Covid-19 restrictions across all markets, as well as the impact of the civil unrest in South Africa. Irish and Swiss operations once again delivered strong performances. In Poland, although a great deal of progress has been made to lay the foundations for future growth, this region failed to deliver the expected financial improvement,” it added.

Spar’s diluted headline earnings per share increased by 5.5% to 1 193.7 cents, while the group declared a final dividend of 536 cents per share.

Spar noted that its Southern Africa business contributed growth in wholesale turnover of 3.4%, to R81.3 billion, however its core (like-for-like) wholesale food business sales declined by 0.4%.

“As previously reported, the business has seen changing consumer behaviour over the past 18 months due to the pandemic, the impact of the extended lockdowns and restricted liquor trading, all of which have weighed heavily on certain stores,” it said.

“Furthermore, the civil unrest and subsequent closure of damaged and looted stores has also negatively impacted the business during the fourth quarter.

“The liquor business once again lost a third of its total trading days due to the retail bans on the sale of liquor.”

“During the period, the total Southern African store network grew to 2 440 stores, with 26 net new stores opened across all brands, heavily impacted by the closure of 53 stores due to the civil unrest which remained closed at year end [September 2021],” it pointed out.

Altogether 184 Spar stores were initially affected by the July unrest.

Spar said the estimated wholesale turnover loss for the period was R638.4 million across its core grocery, liquor and Build it businesses, which represents approximately 0.8% of turnover for these businesses combined.

“At the wholesale level, the group is adequately covered for asset damage, stock and business interruption,” it noted.

“Spar has worked closely with its independent retailers and certain suppliers impacted by the looting and unrest to provide assistance with their insurance claims and has helped facilitate the payout of R572 million to them from the South African Special Risks Insurance Association [Sasria] to date.”

The group said it continues to assist all Spar retailers affected by the unrest, by suspending repayment of all trade accounts until they can reopen their stores.

Spar is not a great business. 1% growth over the last three years, seriously?