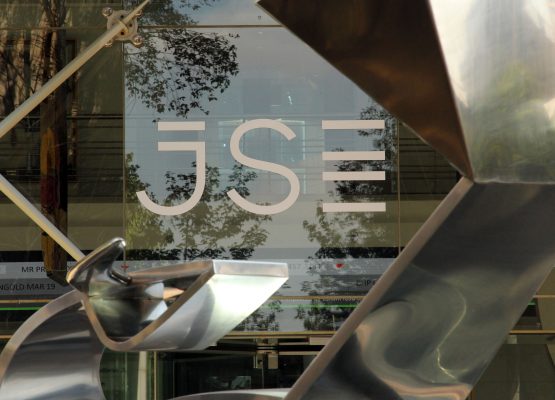 Implementing new technology meant the JSE could decrease the fees it charges stockbrokers by some 12% compared to the previous year. Image: Moneyweb

The financial results from JSE Ltd – owner and operator of Africa’s biggest and most liquid market for shares, bonds and derivatives – always makes for interesting reading. Not only do stakeholders carefully study the results from different angles to ensure that their interests are being served, the results also give a clear idea of investor sentiment in the different markets in which they operate.

JSE Ltd shareholders should be pleased with the results for the financial year to end December 2018 – a very difficult year for stock and bond markets worldwide, and a particularly challenging one for emerging markets.

The JSE’s total revenue increased by only 1% to R2.28 billion during the year as management delivered on previous promises to lower transaction costs for its broking members. Strict control over operating costs resulted in an increase of 8% in earnings to R903.6 million compared to R835.5 million in the previous year. Headline earnings per share increased by 6% to R10.56.

The bulk of the improvement is due to the fact that operations that made a loss in 2017 were discontinued (an improvement of R23 million), an increase in the contribution from the Strate settlement operation (R21 million better, also only due to the absence of prior year once-off costs) and very strict cost control.

The results disclosed that staff costs decreased 7% compared to the previous year, while technology costs decreased 5%. CEO Nicky Newton-King says the JSE will continue to focus on lowering costs.

“We achieve cost savings due to improving not only our technology, but also in the way we implement and manage our technology. We need to continue to modernise and improve to stay competitive, while still offering better service to all our clients,” says Newton-King.

The result of implementing new technology was that the JSE could decrease the fees it charges stockbrokers by some 12% compared to the previous year. The equity trading market is the largest contributor to revenue, and fees were reduced by introducing a new tiered fee structure.

Revenue from new listings and new share issues by listed companies declined by some 15% in the 2018 financial year compared to the previous year due to a decrease in the number of new listings from 21 to only 12. In addition, only a few listed companies came to the market for additional capital by issuing new shares last year.

The Equity Derivatives Market posted a decline of 16% in revenue for the JSE. Management notes that the value of equity and index futures contracts declined by some 3%, mostly due to a trend that the main market index lost its appeal as an effective hedge.

The JSE does not elaborate on the issue, but most traders and fund managers have for a long time complained that the Top 40 contract comprises nothing more than taking a wild bet on either Tencent’s daily price movements on markets around the world or the volatile currency market. At best, the index reflects the performance of the largest five to eight companies and is hardly representative of the nearly 500 shares, of which about 150 would be included in different portfolios.

It seems that local traders started to prefer commodity futures. Volumes and revenue from Commodity Derivatives increased, while international concern in the bond market and foreign sales of emerging market bonds (read RSA and Eskom bonds) pushed volumes to record highs during 2018 to benefit the JSE’s revenue from this market.

Newton-King admits that the JSE faces several competitors for investors’ business, but told Moneyweb that competition gives the JSE and its management team courage to move with the times and continue to seek new opportunities. “It keeps us on our toes. It gives us courage to roll out new technology. It forces us to focus on our clients.”

For investors, a big concern is that the JSE maintain good corporate governance and strict criteria with regards to the companies listed on the market. When a company lists on the JSE, investors often believe that the JSE has approved it as an investment. However, it is not the JSE’s role to evaluate the investment potential. In its interim results the JSE referred to the Steinhoff debacle and said that it impacted the market. “This has a knock-on effect on the market and we have a vested interest to ensure a safe investment environment,” says Newton-King.

The JSE has started a process of renewing its listing requirements to improve the quality of its listings. “We have received several detailed comments and recommendations in this regard and we will furnish an update by the middle of the year,” Newton-King told Moneyweb.

The current year promises to bring more upheaval and uncertainty to financial markets and JSE management would not be drawn to make definite forecasts for the 2019 financial year. However, it has published a detailed strategy outlining its goals for the next three years which should appease shareholders, clients and the investing public at large.