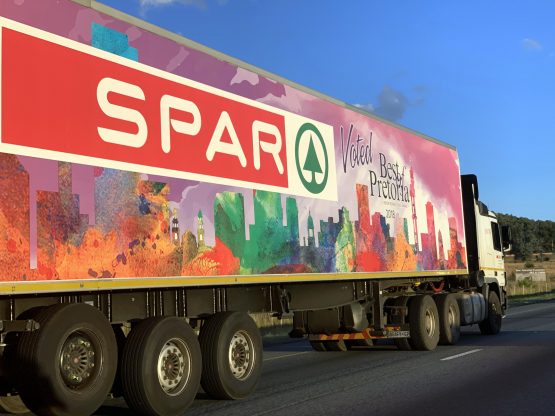 Due to increased inflationary pressures, Spar says a key focus will be placed on further managing its costs going into the second-half of its financial year. Image: Moneyweb

JSE-listed grocery wholesale and distribution group Spar’s operational expenses rose by 7.2% to R7.6 billion for the six months ended March 31 2022, with the most significant increases seen as a result of the spike in fuel prices in South Africa and the shortage of workers in its European businesses.

According to Spar, its South African business saw an almost 40% surge in fuel costs during the period due to spiralling global crude oil prices and increased diesel consumption as a result of load shedding in the country.

Spar’s BWG Group operations – which are located in Ireland and South West England – further saw a 16.9% (but 11.1% in reporting currency) rise in costs during the period.

The increase in BWG Group’s costs – although coming from a low base in the prior period – were led by labour shortages, leading to the group spending more on employees.

Surging global fuel and energy prices, also affecting Europe as a result of the Russia-Ukraine conflict, are adding to BWG Group’s expenses. Spar Switzerland also saw a spike in expenses, with costs increasing by 8.6% in reporting currency, on the back of higher fuel and electricity prices.

Read:
Eskom: De Ruyter has a plan up his sleeve
What it will take for our ailing Eskom to keep going

Despite the above-inflation increase in operational expenses, Spar posted a more resilient financial performance for the half year.

Group turnover increased by 5.2% to R67.6 billion in the period, while operating profit came in 7.1% stronger at R1.8 billion in comparison to the corresponding half-year.

However, because of the implementation of the group’s temporary adjusted dividend policy, its interim dividend for the period plunged 37.5% to 175 cents per share, from the 280 cents per share declared in the prior half year.

The group’s liquor trading segment, Tops at Spar, continues to recover from the blows dealt by Covid-19-related restriction which saw its stores lose 72 days’ worth of trading days.

Despite the continued recovery in liquor sales, the group says there are still nine Tops at Spar stores closed as a result of the July unrest which occurred in 2021 in parts of KwaZulu-Natal and Gauteng. A further 13 Spar format stores remain closed as well.

In terms of full-year prospects, Spar says due to current inflationary pressures persisting into the second half of the financial year, it plans to increase its promotional calendar to ease the pressure on consumers.

The group also revealed plans to providing a refreshed store-branded product offering which it says will include fresh produce, bakery, butchery and ‘home meal replacement’.

However, to keep its ship on course Spar says going into the second-half, key focus will be placed on managing its costs.

“Considering the inflationary pressures, greater collaboration, cost reduction and driving efficiencies across all our businesses are key areas of focus for the second half of the financial year.”