Based on alleged oral agreement that led to establishment of rib supply facility in Cape Town.
By Roy Cokayne 19 Apr 2022  00:01 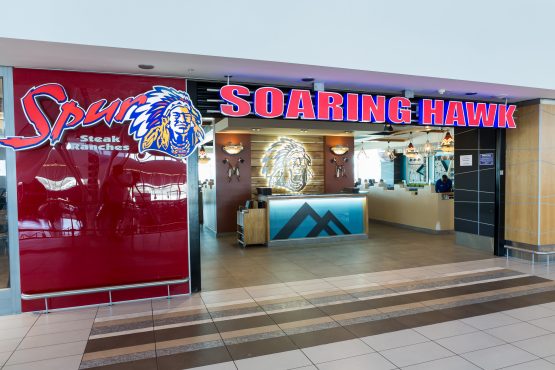 Spur says no written agreement was ever executed. Image: Supplied

GPS Foods Group RSA has served a summons on Spur for alleged damages of R183.3 million related to the establishment of a so-called joint venture for a rib supply and processing facility in Cape Town.

GPS Food Group established the rib supply and processing facility in about 2017 after acquiring premises in Cape Town.

It is believed the intention was that the facility would be an exclusive supplier to Spur Corporation and its franchised outlets.

The facility stopped production in 2020, with the premises and the assets subsequently sold and the remaining staff retrenched.

The facility is believed to have employed up to 100 people in peak season.

Attempts to obtain comment from GPS Food Group have been unsuccessful.

GPS Food Group’s claim may be complicated by the death of former Spur CEO Pierre van Tonder on May 9 2021.

Spur reported in May 2021 that Van Tonder, who was MD and CEO of the Spur group for 24 years and retired in December 2020, had shot himself at his home in Cape Town.

Spur Corporation corporate communications manager Moshe Apleni confirmed last week that a high court claim has been lodged against Spur Corporation and is being defended by the corporation’s legal team.

Apleni said a summons was issued in the Western Cape High Court by GPS Foods Group RSA on December 24 2019 but Spur has not yet been informed of a date when the claim will be heard.

Spur Corporation confirmed in a note to its latest financial results that it has engaged with GPS over several years regarding product supply and the prospect of a rib processing joint venture.

It said GPS alleges that an oral agreement was concluded between GPS and the Spur group on or about February 2 2017 in terms of which the parties would establish a joint venture to acquire, develop and manage a rib processing facility.

But Spur said no written agreement was ever executed with GPS.

Spur said GPS further alleges that on or about January 28 2019, the group repudiated the alleged oral agreement and [GPS] claimed damages of R183.3 million.

“GPS alleges in the alternative that, in the event of it being found that the group did not become bound by the oral joint venture agreement, the group’s conduct represented that it regarded itself as bound by the agreement and that this gives rise to a delictual claim in the sum of R60.0 million, comprising GPS’s alleged losses to date,” it said.

Spur denies these allegations, adding that to date, the parties have not sought to address the merits of the case and legal correspondence has focused on remedying deficiencies in pleas.

“It is consequently not considered feasible at this early stage of legal proceedings to determine with any reasonable certainty the likelihood of the group successfully defending the matter or the value of a successful claim against the group,” it said.

“A further assessment of the merits has been conducted as the parties have, on 28 June 2021, exchanged discovery affidavits.

“All parties have exchanged copies of all the documents in their respective discovery schedules and the group’s attorneys, together with senior counsel, have assessed the probative value thereof, and presented a review of the merits and prospects of success.

“Supported by the opinion of its legal advisers, the board considers there to be reasonable prospects of defending the claims successfully,” added Spur.

“It is likely that it may take several years for a court to finally resolve the matter. As a result of the uncertainty referred to above, no liability has been raised at the reporting date regarding the matter.”

Were any of the rib products supplied to Spur?

Apleni said Spur Corporation unfortunately cannot answer this question at this stage because “it may be a question in the pending trial”.

Spur Corporation also declined to comment on why GPS Food Group would invest in a rib processing facility in Cape Town in the absence of any agreement with Spur Corporation.

“The Group is not able to comment on behalf of GPS,” Apleni said.

Spur Corporation reported in February this year that diluted headline earnings a share increased by 119.1% to 69.84 cents in the six months to end-December 2021 from 31.88 cents in the previous corresponding period.